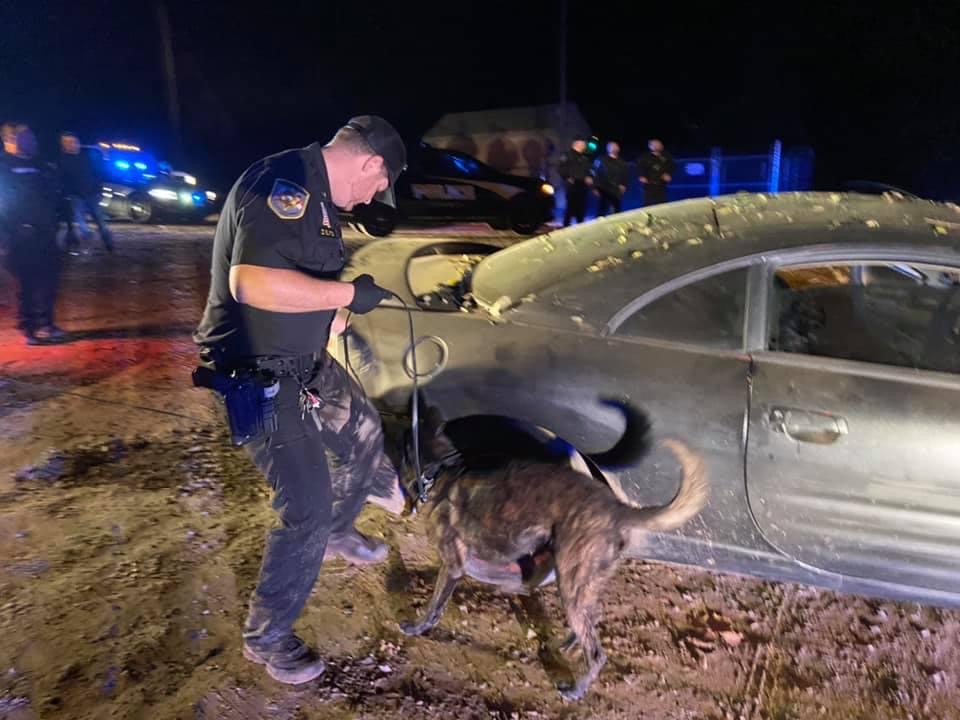 High Speed Chase ends with “K-9 Chase on the Case”

Following an attempt by a MCSO deputy to stop a vehicle after witnessing vehicle running a red light, a high speed chase began at the intersection of Riverbend Road and ended on Arthur Drake Road after the vehicle wrecked.

After losing control of his vehicle and coming to an abrupt stop, the driver exited the vehicle and fled on foot into the woods. MCSO and FPD officers immediately set up a perimeter around the area and requested a MCSO K-9 unit to assist in tracking the suspect. Deputy David Blanton and K-9 Chase arrived on scene to conduct the search. A second K9 unit also arrived on scene to assist if necessary.

A short time later the suspect later identified as Richard Dewayne Swafford (27) of Georgia was apprehended in a swampy area off of Arthur Drake Road by the K-9 unit. During the search, K-9 Chase indicated to his handler that the suspect was near the vicinity they were searching. When K-9 Chase was within reach of the suspect the suspect immediately began yelling for Deputy Blanton to call off his dog. He did so multiple times. Deputies were able to see the suspect hiding within the brush and immediately gave the suspect verbal commands. Without resistance the suspect complied and surrendered to deputies.

During a search of the suspect and also his vehicle there were multiple items seized which included a small amount of Methamphetamine, a loaded .22 Revolver and over $8,000 in cash. Following his apprehension, the suspect was identified by deputies as being a wanted fugitive in the state of Georgia for Robbery with a Dangerous Weapon and Home Invasion.

Suspect is currently being detained at the MCSO Detention Center where he will appear before a Magistrate tonight and a bond will be set. Meanwhile, the investigation into the incident remains ongoing. As for K9 Chase, he’s back on patrol and ready to put another bad guy in jail!