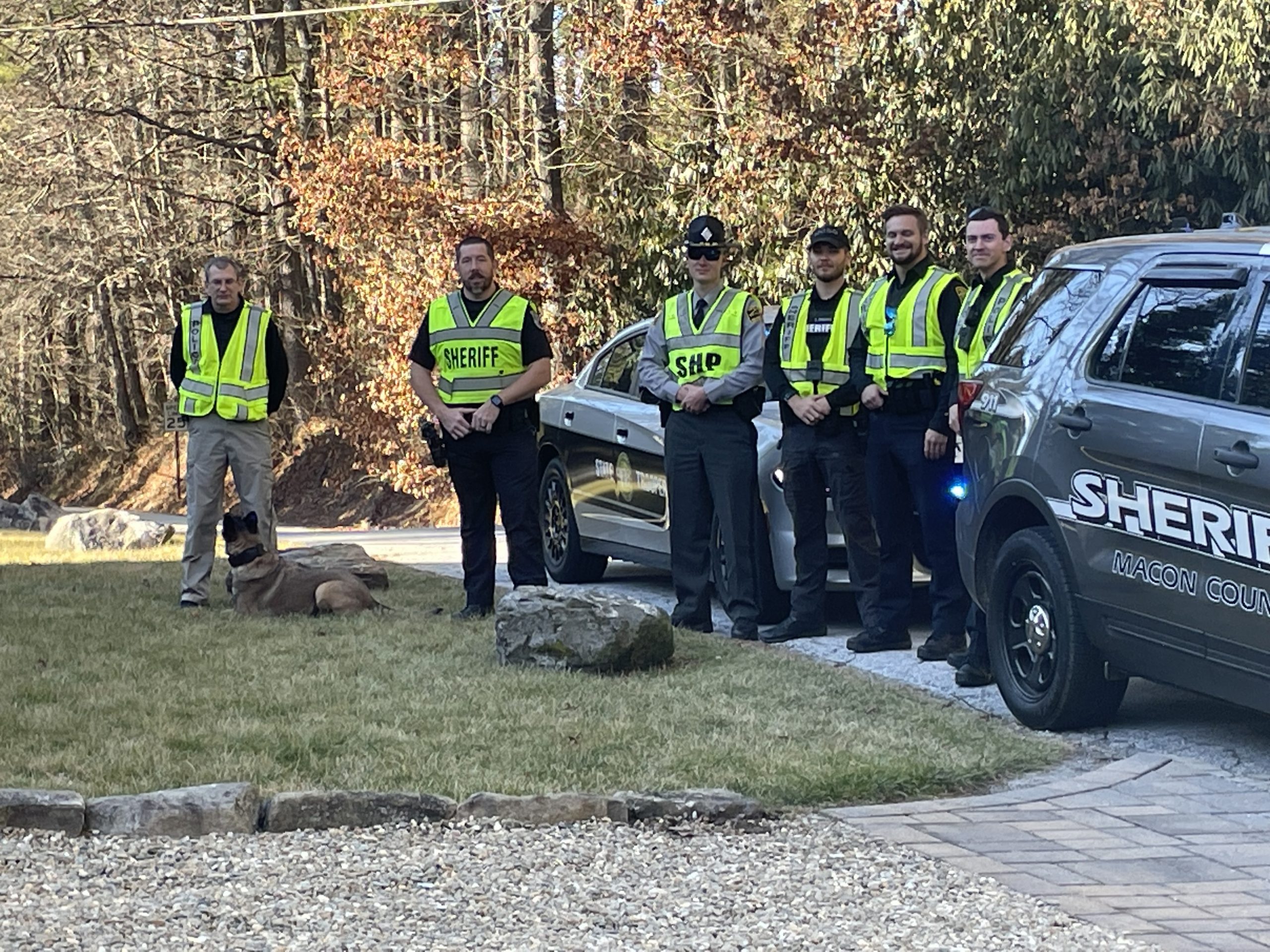 Law enforcement agencies came together Tuesday afternoon for a license-checking station on Chestnut Street in Highlands.

According to the Highlands Police Department, officers from Highlands Police Department, Macon County Sheriff’s Office, and NC State Highway Patrol took part in a driver’s license checking station near the intersection of Lower Lake Rd and Big Bearpen Rd on Tuesday, January 10. Officers were in the area for approximately one hour and wrote several warning notices and citations for vehicle registration and driver’s license violations.

In addition, K9 officers from Highlands Police Department and the Macon County Sheriff’s Office were utilized to sniff multiple vehicles. The operation yielded the seizure of methamphetamines and drug paraphernalia, in which charges are forthcoming.

This checkpoint was a coordinated effort between multiple agencies to help deal with complaints of traffic violations and criminal activity in the Highlands Area,” said Highlands Police Chief Andrea Holland. “Citizens can expect to see further enforcement activities such as this around Highlands as we maintain our commitment to providing a safe community. We look forward to continued cooperation with our community and our fellow law enforcement agencies in our continued efforts.”