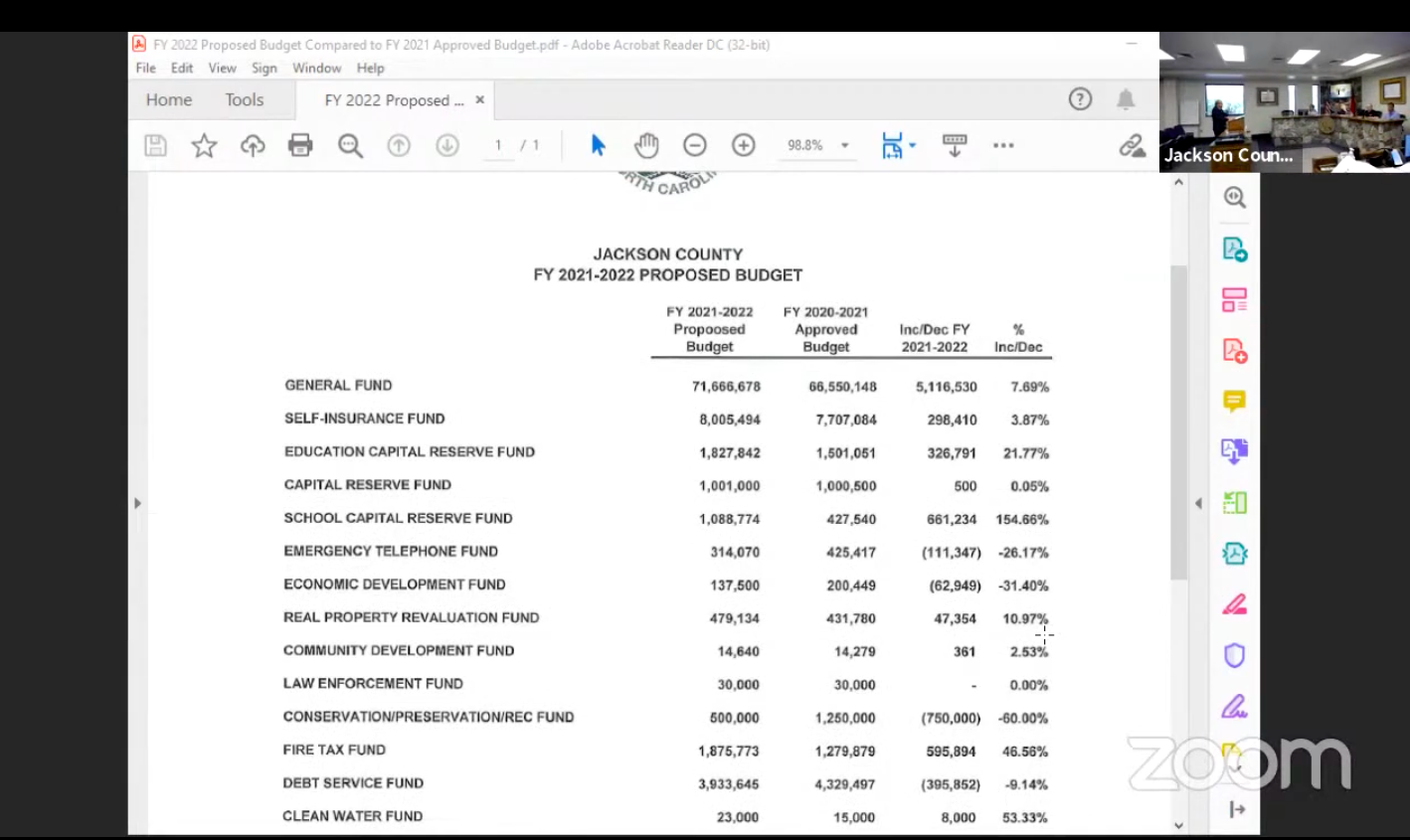 While presenting the proposed budget for Jackson County in May, Manager Don Adams said that despite the county’s $78.9 million budget being 6.27 percent higher than the budget that was adopted in 2020-21, it is actually 2 percent less than the amended budget the county finished the fiscal year with.

Jackson County began preparing for the 2021 property revaluation in early 2020 as part of the state requirement that counties complete a revaluation at least every eight years. Early figures showed that Jackson County’s total property value decreased by 23.4 percent between 2015 and 2016, however, it revealed an increase of 12.7 percent between 2020 values and anticipated 2021 values, which can be attributed to the current real estate market trends.

Home values are projected to increase in every township in Jackson County, showing an average growth of 12.7 percent. The growth experienced in Jackson County has resulted in an increase in taxable property value with the comprehensive value growing from $8.54 billion in 2016, when the last revaluation took effect, to $9.03 billion in the current year and a projected $10.18 billion for 2021.

While the county is gearing up for the next revaluation, it isn’t expected until 2023 — when the market may be different than it is currently, however, Roland expects it will still be up from the 2019 valuation, which could potentially lead to a tax rate decrease in Macon County as well.

Jackson County employees are looking at a potential pay increase in the coming budget — however, by the year’s end based on his proposal, Adams said a second additional raise could be possible as well. Adams proposed $426,082 in funding to provide a one-step increase for all employees, equivalent to a 2 percent pay raise. He also recommended that the county conduct a salary study — such a study would likely cost between $25,000 and $50,000 — and set aside $1 million to implement its recommendations.