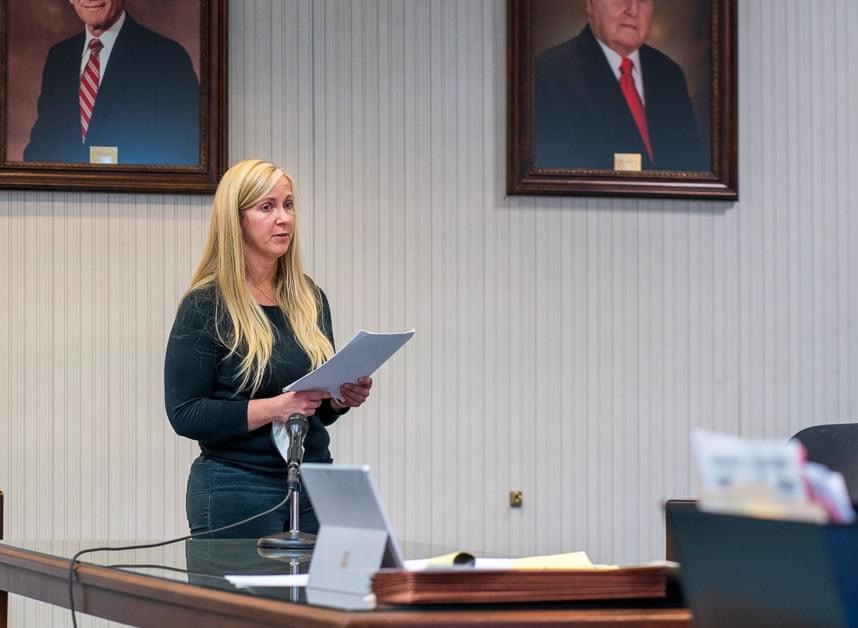 A would-be lawyer found herself in handcuffs and headed to prison Thursday after pleading guilty in Jackson County Superior Court to pocketing money earmarked for St. Jude Children’s Research Hospital.

She borrowed money from family members to repay the law firm, according to court testimony.

The trust funds are now with St. Jude’s. The nonprofit hospital is located in Memphis, Tennessee, treating serious, life-threatening children’s diseases, particularly leukemia and other cancers. Families are not billed for their children’s care.

Attorney Christopher Fialko of Charlotte then requested the judge delay activating Moss’ sentence until May or June, minimizing her possible exposure to COVID-19 while in prison.

Matheson responded that Moss should be treated like every other person sentenced in Jackson County’s courts. The judge agreed, saying, “That’s what we are going to do.”

In addition to active time, Judge Warren consolidated for sentencing the five criminal counts into two judgements. He handed down two, six- to seven-month sentences, to be served consecutively, suspended.

Moss will be on 24 months supervised probation once released from prison. She also must perform 100 hours of community service.

In court, Moss told her former boss and two co-workers she regrets stealing the money.

“I embarrassed myself, my family and ruined my reputation,” she said.

Moss started working for Coward, Hicks and Siler in November 2015 after failing to pass the bar exam, a fundamental requirement to receiving a law license. She received personal mentoring from Coward and a promise of financial help to pay for a bar-review course.

Coward told the judge she had hopes Moss would pass the bar, obtain her license and perhaps, one day, join the law firm.

Moss launched her embezzlement scheme in February 2018, altering a wire transfer of the trust funds. She then forged Coward’s signature on checks and changed other legal documents and ledger entries.

The scheme unraveled when Moss failed in May 2019 to delete an entry, and a co-worker noticed a discrepancy in the bank balance.

Coward said Moss “methodically and systematically” abused the trust placed in her at Coward, Hicks and Siler.