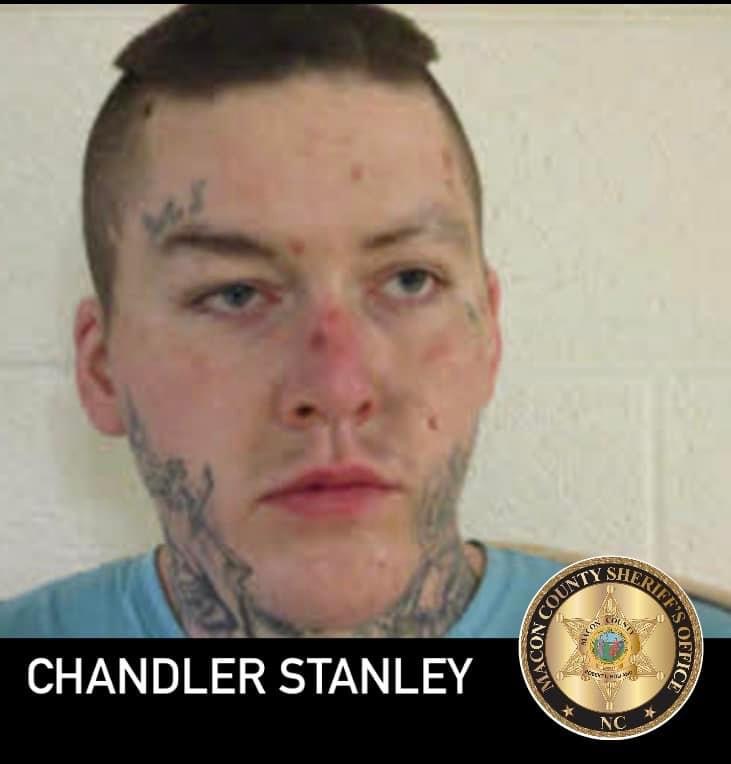 On Saturday, January 22nd, Macon County 911 received a call in reference to an individual slumped over the steering wheel at a Franklin convenience store. At the time of the call, officers with the Franklin Police Department were dealing with another emergency call for service. MCSO Patrol Deputies immediately assisted FPD and responded to the call at the convenience store. The first deputy to arrive on scene was MCSO Patrol Sgt. Jonathan Taylor who found a white male in the driver’s seat who was still slumped over the steering wheel. Sgt. Taylor knocked on the window of the vehicle and was able to get the attention of the individual in the vehicle. Sgt. Taylor was able to observe a cell phone in one hand and a coin in the other hand. Sgt. Taylor immediately recognized the driver as Chandler Stanley of Franklin and was able to verify that Stanley was currently wanted for outstanding warrants for possession of Methamphetamine and possession drug paraphernalia. Stanley was immediately placed under arrest. A MCSO K9 officer arrived on scene a short time later and K9 Chase was utilized. The K9 quickly alerted on the vehicle giving officers probable cause to conduct a more thorough search of the vehicle. Several items were seized as evidence from the vehicle including numerous pieces of drug paraphernalia as well as a loaded 9mm handgun. The 9mm handgun was located in a holster concealed behind the visor on the passenger side of the vehicle but within reach of Mr. Stanley. Stanley is known to deputies to be a convicted felon. In addition to the outstanding warrants, Stanley is now facing additional drug paraphernalia charges. Deputies also have charged Stanley with possession of firearm by a convicted felon.

Sheriff Robert Holland states, “While this incident may have occurred in what is typically the FPD jurisdiction, our agencies never hesitate to help one another out. After all, we all protect and serve the same community and our citizens don’t care which badge the officer is wearing when they come to their aide.”

Chandler Stanley was transported to the Macon County Detention Center where he went before the local Magistrate. Stanley was processed by detention officers and later released on the same date after posting a $21,000 secured bond.