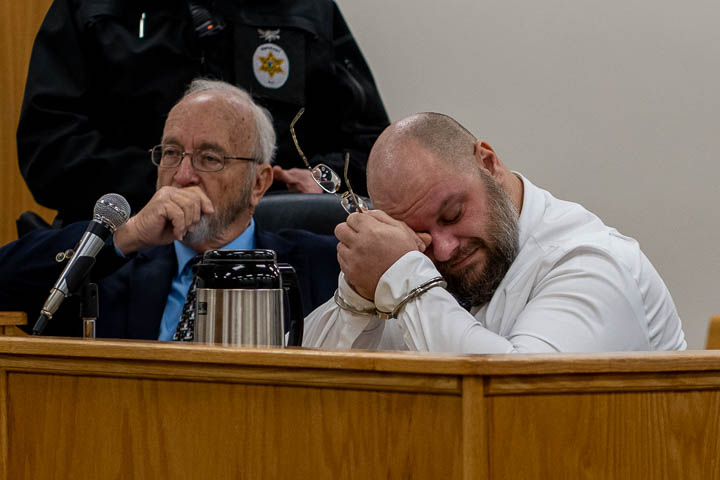 A man who forced his way into a Macon County woman’s residence, assaulting and raping her, has been sentenced to the maximum possible prison sentence under state law, District Attorney Ashley Hornsby Welch said.

On May 12, 2019, Ball knocked on the then 65-year-old woman’s door, claiming he had wrecked his truck nearby. The two were former co-workers.

The woman told Ball, because he was intoxicated, that he could stay the night in another structure on the property. Later, he again knocked on her door. This time, he forced his way into her home. Ball attempted to use his intoxication as a defense. The jury didn’t buy the argument.

“This area in Macon County is not somewhere you wind up by accident. It takes quite an amount of effort to get there,” Assistant District Attorney John Hindsman told Judge Coward, during the sentencing portion of the trial.

“We truly do believe that this was a very intentional act by Mr. Ball. Being in a remote area, late at night, the victim’s age, as well as the nature in which the act that occurred, speaks volumes about the severity of his actions.”