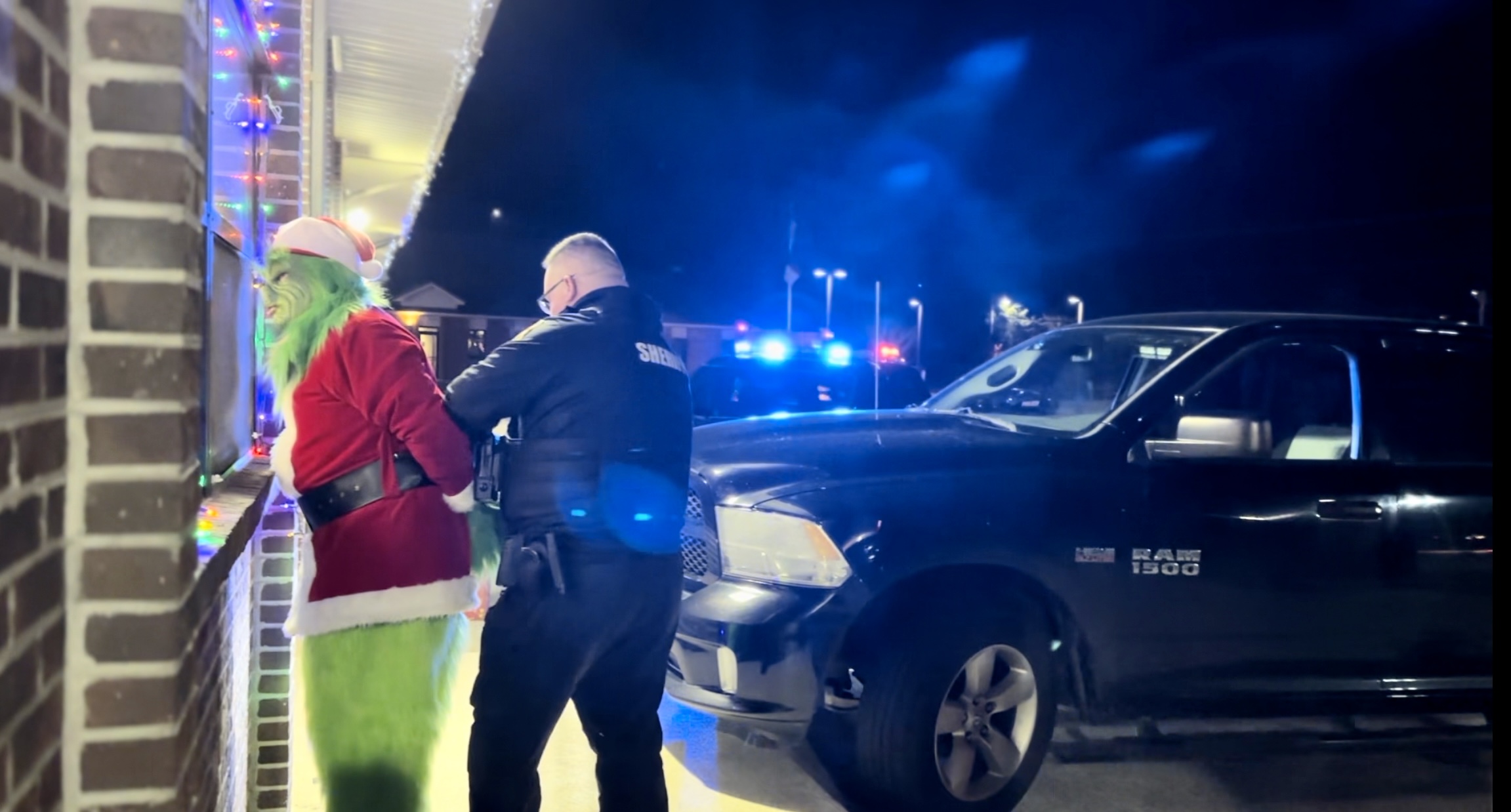 On the evening of December 23rd, deputies were alerted to a suspicious character snooping around parked cars at the Hot Spot in Franklin. Upon arriving at the scene, they found the Grinch attempting to gain access to a limousine. The Grinch fled on foot at which point, law enforcement pursued the suspect.

But the Grinch’s criminal mischief didn’t stop there. Oh no, he also had his greedy little eyes set on stealing Christmas from the Franklin Fire Department. The Grinch broke into the fire department and was caught by law enforcement in the process of making off with a pile of presents and a set of festive holiday decorations. Fortunately, the Grinch was no match for the quick thinking and bravery of the Macon County Sheriff’s Office.

The Grinch is currently being held in custody on no bond, where he will have plenty of time to reflect on the error of his ways. The Macon County Sheriff’s Office would like to remind the community to keep an eye out for any suspicious activity and to report it to the authorities. For a full video of the arrest, click here.

Merry Christmas and a Grinch-free holiday to all!