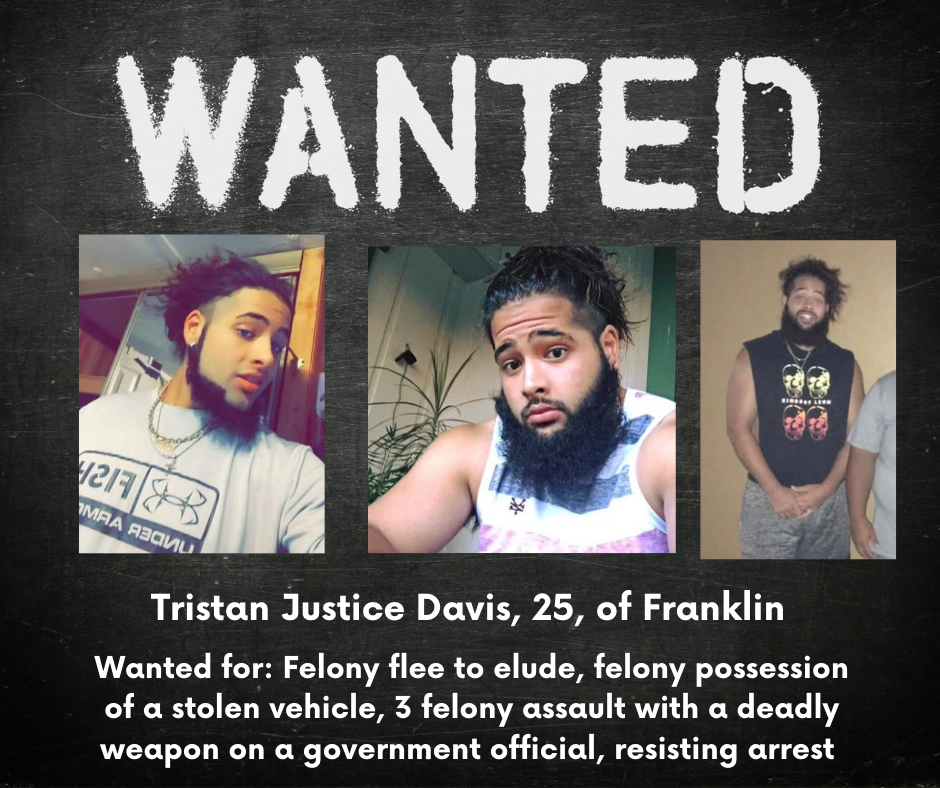 UPDATE AS OF WEDNESDAY SEPTEMBER 29 AT 10:30 A.M.: DAVIS HAS BEEN CAPTURED

Local authorities remain on scene in search of a suspect who fled on foot after a chase through Macon County Tuesday afternoon.

Tuesday afternoon, a Macon County Sheriff’s Deputy attempted to stop a vehicle after it was discovered that the vehicle he was driving was reported earlier as stolen.  The deputy activated his blue lights but the driver refused to stop and continued to drive away at a high rate of speed.  At some point during the chase, two people exited the vehicle and were quickly apprehended.  As the chase continued on, deputies were able to conduct a field interview with the two individuals being detained and were able to identify the driver involved in the chase.

The stolen vehicle left the roadway in the Echo High area of Macon County and crashed while attempting to drive down the mountainous area through the woods.  Deputies exited their vehicles and made their way on foot to the wrecked vehicle but the suspect had already exited it and was last seen running through the thick brush into the heavily wooded area leading down the mountain towards the road.

Multiple deputies and troopers with the NC Highway Patrol and officers with the Franklin Police attempted to locate the suspect utilizing K9’s but all attempts in locating him were unsuccessful. During the search several homes and properties were searched but that also was unsuccessful.

Detectives who were involved in the chase were able to identify the suspect based on having dealt with him in the past. Following a thorough search of the area,  the search was called off and the scene was later cleared.  The vehicle was transported by tow company.

Detectives later were able to obtain arrest warrants for Tristan Justice Davis, 25, of Franklin. Davis is currently being sought by the Macon County Sheriff’s Office for the following charges:

Deputies will continue to monitor the area throughout the night but we have received information the suspect was able to leave the area.

Tips can be sent to anonymously but leaving contact information is preferred.

If you have not downloaded the App please go to your Apple or Android Store and do so today.