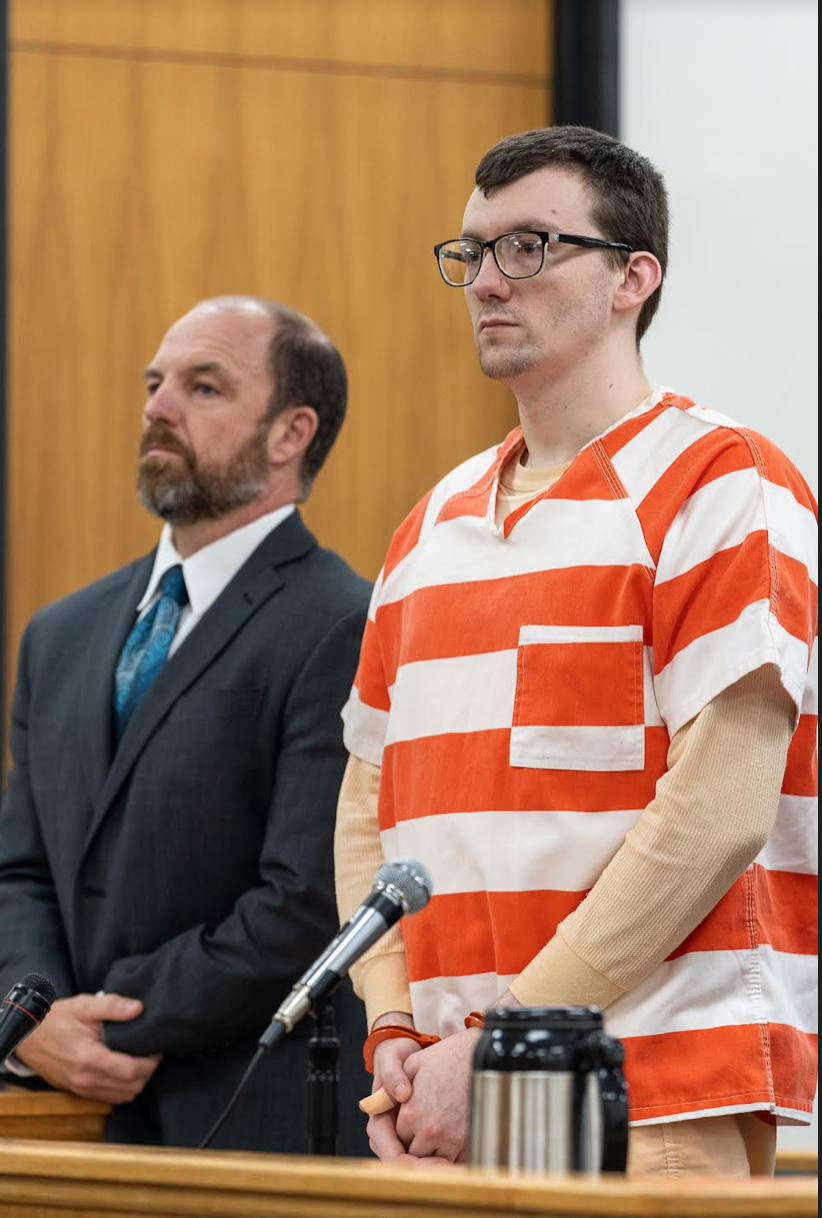 Jesse Wilson has remained in custody since he was first arrested in May 2017 for the murder of his 3-month-old son Liam Wilson. On Wednesday, August 10, Wilson pled guilty to First Degree Murder and Macon County Superior Court Judge Bill Coward sentenced him to life without the possibility of parole.

Wilson agreed to pled guilty and forego a trial as part of a plea arrangement with the District Attorney office that would allow Wilson to avoid the death penalty.

Wilson was set to begin trial for the 2017 murder at the end of August, however, while addressing Judge Coward on Wednesday, District Attorney Ashley Welch noted that a plea offer was made to avoid a trial due to the overly graphic nature of the evidence against Wilson.

“We made the decision for a plea instead of pursuing a trial, which we were prepared to do in a few weeks because the photographs and the videos that would need to be submitted in this trial were very difficult for the officers that responded, and these were seasoned officers…they haunted EMS workers, and frankly it haunted prosecutors,” said Welch. “And to have to subject citizens that don’t do this kind of work to this kind of evidence is something we needed to avoid because it was so bad.”

Despite remaining a legal penalty, there have been no executions in North Carolina since 2006. Had the case went to trial and Wilson was found guilty and sentenced to death, it is unlikely he would have been executed. The appeal process and continued lengthy court proceedings for the death penalty would have continued for years.

Liam was pronounced dead after his father Jesse Wilson called 911 the morning of May 9. According to MCSO reports, Wilson was caring for Liam while the child’s mother, Julia Angel Vance, was at work. Jesse told authorities he placed Liam to sleep face down in his bassinet after feeding him at 6 a.m. that morning.

Wilson told detectives he had checked on Liam every 15 minutes and the last time he checked on the infant and observed him breathing was at 8:20 a.m. The call to Macon County dispatch was placed at 8:44 a.m.

Court documents show that first responders arrived on scene just before 9 a.m. to find the child unresponsive. MCSO deputies who responded to the call observed that Liam appeared to have bruises on his forehead before being transported to the hospital. According to Dr. Theodore Sikorski, who spoke to detectives after Liam was pronounced dead, the bruises on Liam’s head appeared to look similar to fingerprints.

Nearly a year after authorities responded to a call in Franklin of an unresponsive infant, the autopsy of Liam Wilson was released in April 2018 and confirmed that the baby died as a result of suffocation due to smothering and blunt force trauma to the head.

After several interviews, Wilson admitted that he often got frustrated with Liam and would squeeze his head. Wilson stated that when he would do that Liam would, “look at him all funny with his eyes and go down to a whimper.” Wilson admitted that he had been reacting that way to the infant in the month and a half after he became the primary caretaker for Liam since he was out of work and the child’s mother was employed. He also admitted to squeezing the child’s head the morning of the infant’s death.

DA Ashley Welch summarized pieces of the photographic evidence and videos used during the investigation on Wednesday, however, due to the explicit nature of the description, further details of that evidence will not be provided.

“This case was extremely difficult on many levels but as always our officers did an outstanding job as well as our District Attorney and her staff,” said Sheriff Robert Holland. “My only regret is that his supporters appearing in court each time he appeared who have been so incredibly rude to my staff during the past couple of years did not attend today to see the evidence we collected. Unlike my officers and our District Attorney, they did not have to see the videos of a three month old being tortured. This case has been heartbreaking. Im glad my citizens to serve as jurors will not be traumatized by the evidence they would have been provided. They would have never forgotten it, just as we will not. Mr. Wilson receiving Life without parole is a good ending here. Fact is the death penalty conviction for him would be the easy way out and he now has a lifetime to think about what he did.”

Wilson will be transported to the North Carolina State Correctional Prison system where he will remain for the rest of his natural life.

Due to her involvement and evidence obtained during the investigation, Liam’s mother, Julia Vance, was also arrested in 2017 and charged with felony murder and felony neglect child abuse causing serious bodily injury. Vance’s case is still pending in Macon County Superior Court with her next court appearance scheduled for November 28, 2022.