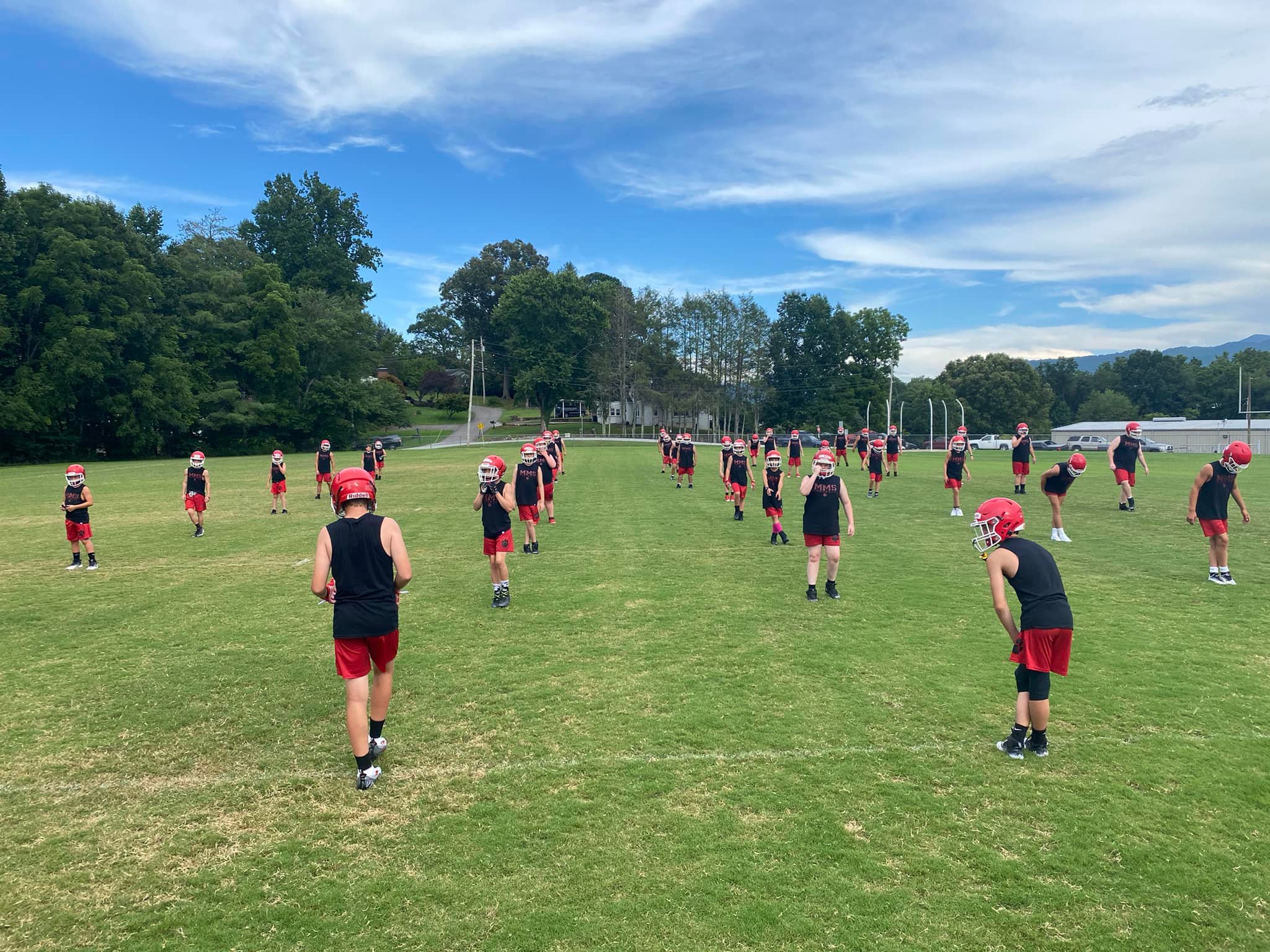 The Macon Middle School Panthers started the season dominating Rugby Middle 32-12 before squaring off against Asheville Middle, who entered the game with a 2-year winning streak to their credit. The Macon Middle Panthers had put in the work with summer workouts, not only perfecting their football skills but working to connect the 40-man roster to play cohesively to make their way into the end zone.

The Panthers picked up the game against Asheville by happenstance, giving the team an extra game before heading into conference play. With such an impressive record, the Panthers knew that Asheville Middle would be a fierce component and welcomed the challenge.

“It was a very emotional win, we challenged the kids to answer the call because we knew how great of a football team Asheville is and always has been and they answered that call before the phone could even ring,” said MMS Football Coach Coleman Tallent. Tallent is one of the coaches working with the Panthers this year under Head Coach Nathan Raby. Other coaches include Zach Tallent(defensive coordinator) and Colton Cochran (Offensive/Defensive Line Coach).

“We can line up and pound it down your throat, or we can throw it over you,” said Tallent of the team’s greatest strengths.

Coach Tallent noted that it is still early on the season there is improvement to be made and lessons to be learned. “Areas of improvement would definitely be mental toughness,” said Tallent. “Our kids have been warriors for the most part.”

Last night, Thursday September 16, Macon Middle School continued its winning streak against Waynesville Middle, moving up to 3-0 for the season. Thursday night’s match-up marks the first time in over 6 seasons that Macon Middle was able to defeat the Waynesville team.

“We continue to be proud of these guys and the season they are putting together. Their hard work is paying off,” said Tallent. “This is a very special team we have at Macon Middle School.”

The next game the Panthers will play is slated for Thursday, September 22 against Bethel Middle.