By Brittney Lofthouse on November 7, 2022 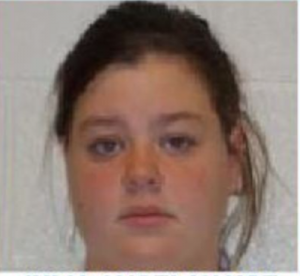 Vance was given credit for the 182 days she served in jail after her arrest in 2017 and was handed a suspended sentence of 13-25 months in jail and placed on 18 months of supervised probation. As part of her sentence, Vance will undergo a mental health evaluation with recommended counseling for grief and domestic violence and is court-ordered not to have any contact with Jesse Wilson. She must also maintain employment or be enrolled in school.

The verdict in Vance’s case ends the 5-year-long investigation that was launched after Liam Wilson was pronounced dead after being transported to Angel Medical Center. Jesse Wilson pled guilty in August to forego a trial as part of a plea arrangement with the District Attorney’s office that allowed Wilson to avoid the death penalty.

Wilson was originally set to begin trial for the 2017 murder at the end of August, however, while addressing Judge Coward, District Attorney Ashley Welch noted that a plea offer was made to avoid a trial due to the overly graphic nature of the evidence against Wilson.

“We made the decision for a plea instead of pursuing a trial, which we were prepared to do in a few weeks because the photographs and the videos that would need to be submitted in this trial were very difficult for the officers that responded, and these were seasoned officers…they haunted EMS workers, and frankly it haunted prosecutors,” said Welch. “And to have to subject citizens that don’t do this kind of work to this kind of evidence is something we needed to avoid because it was so bad.”

Due to her involvement and evidence obtained during the investigation Vance, was also arrested in 2017 and charged with felony murder and felony neglect child abuse causing serious bodily injury. Vance’s case was not scheduled to be heard in Macon County Superior Court until November 28, however, because a plea deal was reached, the case was closed last week.

“Her child was killed at the hands of her husband 20 year old Jessie Wilson who was convicted recently of that homicide. Jessie Wilson received a life sentence with no parole,” said Sheriff Robert Holland. “Julia Vance was not home at the time of the murder of her son but she knew there was abuse going on and she has to live with the fact that she had every opportunity to protect her child and she failed in every possible way to do so. I know the videos and photos of baby Liam being tortured will haunt even the most seasoned officers involved with this case. It’s difficult to decide if justice was served in this case but everyone involved fought hard and worked diligently to be sure baby Liam was not forgotten. Our District Attorney’s Office was very involved in this case and worked alongside every agency who played a role in seeking Justice.”

Baby Liam was pronounced dead after his father Jesse Wilson called 911 the morning of May 9. According to MCSO reports, Wilson was caring for Liam while the child’s mother, Julia Angel Vance, was at work. Jesse told authorities he placed Liam to sleep face down in his bassinet after feeding him at 6 a.m. that morning.

Wilson told detectives he had checked on Liam every 15 minutes and the last time he checked on the infant and observed him breathing was at 8:20 a.m. The call to Macon County dispatch was placed at 8:44 a.m.

Court documents show that first responders arrived on scene just before 9 a.m. to find the child unresponsive. MCSO deputies who responded to the call observed that Liam appeared to have bruises on his forehead before being transported to the hospital. According to Dr. Theodore Sikorski, who spoke to detectives after Liam was pronounced dead, the bruises on Liam’s head appeared to look similar to fingerprints.

Nearly a year after authorities responded to a call in Franklin of an unresponsive infant, the autopsy of Liam Wilson was released in April 2018 and confirmed that the baby died as a result of suffocation due to smothering and blunt force trauma to the head.

After several interviews, Wilson admitted that he often got frustrated with Liam and would squeeze his head. Wilson stated that when he would do that Liam would, “look at him all funny with his eyes and go down to a whimper.” Wilson admitted that he had been reacting that way to the infant in the month and a half after he became the primary caretaker for Liam since he was out of work and the child’s mother was employed. He also admitted to squeezing the child’s head the morning of the infant’s death.