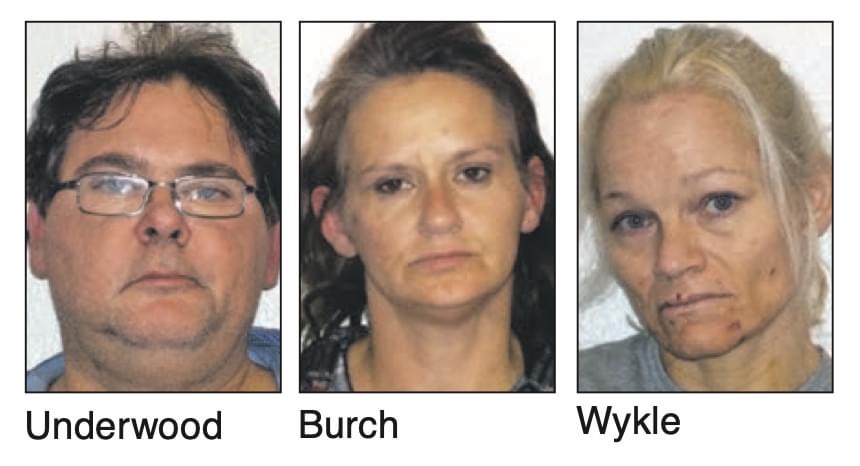 Macon woman sentenced to at least 10 years in prison

District Attorney Ashley Hornsby Welch said a Macon County woman who was arrested as part of a multiple-person drug sting will serve at least 120 months in prison.

Wykle’s plea marks the successful conclusion to officials’ efforts to curb a large-scale methamphetamine operation that served as a drug pipeline from Atlanta, Georgia into Western North Carolina.

The Macon County Sheriff’s Office launched an investigation after a suspect on Jan. 1, 2019, admitted to buying 13 grams of methamphetamine from Wykle.

A week later, on Jan. 7, 2019, Christopher Wikstrom, 48, of Toccoa, Georgia was arrested as part of a traffic stop. Investigators found more than 200 grams of methamphetamine in his possession.

Wikstrom admitted he had made at least 10 trips to the Atlanta, Georgia area, carrying, he said, “large amounts of money provided by methamphetamine dealers in Macon County,” including Wykle.

He said on each trip he purchased between a quarter pound and half kilo of methamphetamine.

Wickstrom ultimately pleaded guilty to trafficking in methamphetamine and was sentenced to 70- to 93-months in prison.

Meanwhile, detectives were setting up a total of three controlled purchases at Wykle’s home on Cat Creek Road. The final buy took place April 10, 2019, and she was arrested.

As part of the drug sting, detectives kept Wykle’s home under surveillance, leading to the arrest of Kenneth Underwood, 51, of Otto. He was observed at Wykle’s residence.

Underwood was arrested the same day as Wykle, on April 10, 2019. Investigators found about 1,100 grams of methamphetamine in his possession. A suspect in Underwood’s car, Melissa Burch, 41, of Franklin, also was arrested.

Underwood pleaded guilty to trafficking in methamphetamine and received a sentence of at least 225 months and up to 282 months in prison, plus a $250,000 fine.

Burch pleaded guilty to attempted trafficking and was sentenced to serve 24 to 35 months in prison.