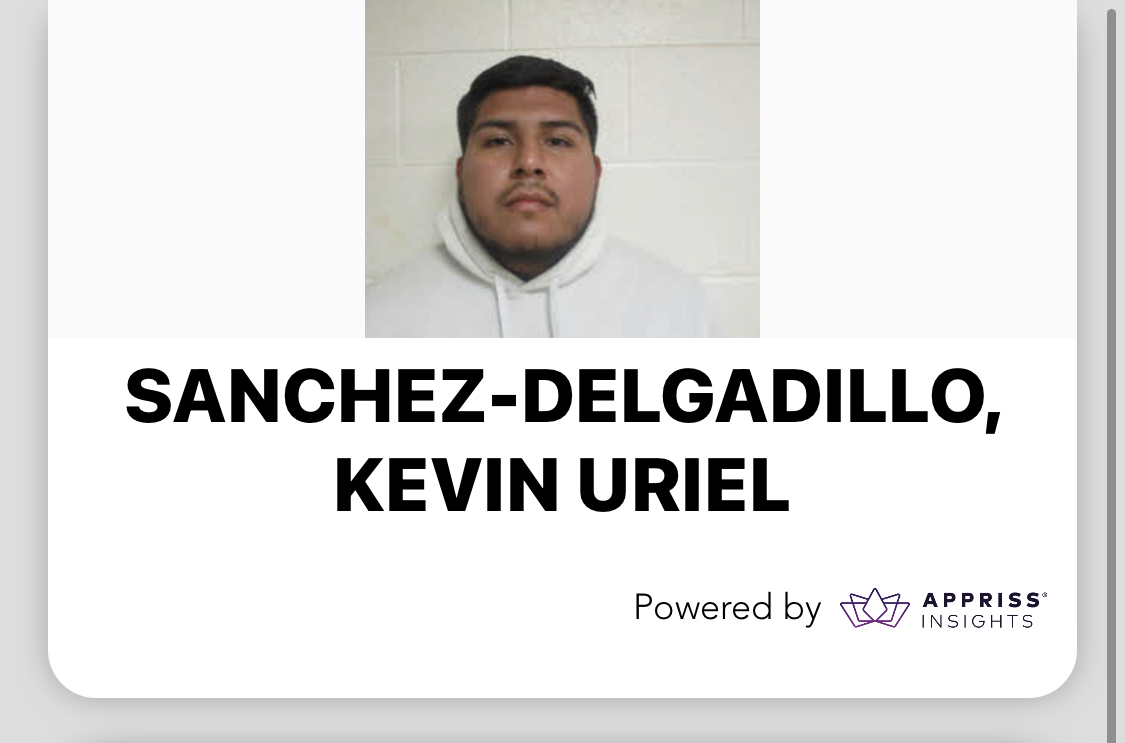 On the evening of Monday, November 15, 2021, the Special Victims Unit of the Macon County Sheriff Office initiated an investigation after receiving a complaint of a sexual assault involving one of our MCSO employees.

Sheriff Robert L. Holland was notified Monday evening by MCSO Jail Administrator Captain Dereck Jones that one of our employees was alleged to be involved in an incident and it was being reported by a friend of the victim.  Sheriff Holland then contacted Captain Dani Burrows of the Criminal Investigations Unit and requested that she and one of her detectives from SVU to immediately initiate an investigation into the allegations. Sheriff Holland then contacted District Attorney Ashley Welch as well as the Supervisor for the State Bureau of Investigation who agreed to assist in the investigation at the Sheriff’s request.

On Friday, November 19, 2021, Sheriff Holland met with MCSO Detention Officer Kevin Sanchez who was the involved suspect in the investigation. Following a brief conversation, the Sheriff terminated the employee’s employment effective immediately.  Sheriff Holland then advised Sanchez that he was being formally charged with Second Degree Forcible Rape.  An SBI Agent served the arrest warrants that had been obtained by MCSO detectives.  Sheriff Holland made arrangements with another Sheriff to house Sanchez while Mr. Sanchez attempted to make a bond in the amount of $400,000.

Sheriff Holland States, “While this was an employee of the Macon County Sheriff’s Office in good standings at the time of the alleged crime was committed, he was not on duty.  We recognize that we cannot control what our employees do when they are not working but anytime an allegation is made against one of our employees we take it seriously and will investigate any and all allegations.  Wherever the facts lead us we will do the right thing in the end even if it means arresting one of our own.”

The investigations will remain ongoing and no other information will be provided until it is deemed appropriate.

Sheriff Holland concludes, “The MCSO would like to extend our sincere appreciation to District Attorney Ashley Hornsby Welch and to the State Bureau of Investigation for their assistance throughout this investigation.  Thank you for having confidence in us doing the right thing and what was necessary even if it involved one of our own.”