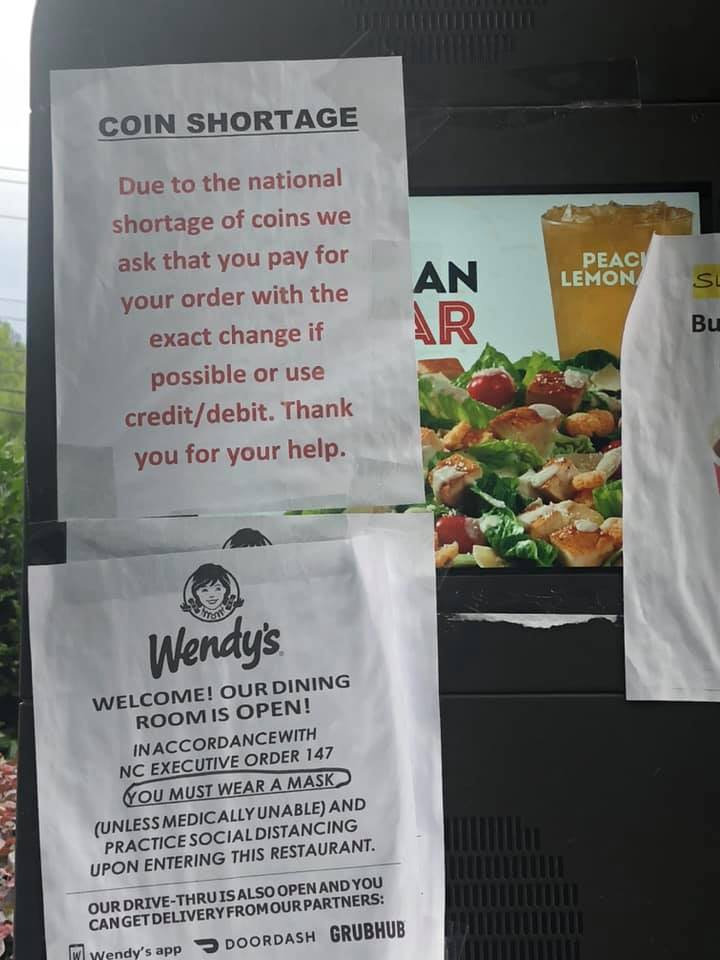 Nantahala CEO Tim Hubbs says there is no coin shortage 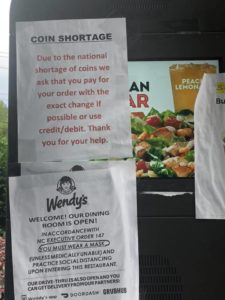 Social media rumors began circulating over the weekend regarding a “national coin shortage” after some businesses such as fast food restaurants displayed signs asking for coins due to a shortage – however, according to Nantahala Bank & Trust CEO Tim Hubbs – there isn’t any type of shortage locally.

“What happened was, when people started to receive their stimulus checks they were cashing the checks, so companies such as Brinks delivered more cash during the week or two of the checks instead of coins,” said Hubbs Monday morning. “They went right back to delivering coins after that.”

While the U.S. Mint is the issuing authority for coin, the Federal Reserve manages coin inventory and its distribution to depository institutions (including commercial banks, community banks, credit unions and thrifts) through Reserve Bank cash operations and offsite locations across the country operated by Federal Reserve vendors. Federal Reserve Chair Jerome Powell said last week  in a press release that the shutdowns caused by the pandemic have raised concerns about circulation of coins, which the Fed’s 12 regional banks are in charge of supplying to commercial banks.

“With the partial closure of the economy, the flow of funds through the economy has stopped,” Powell said during a virtual hearing with the House Financial Services Committee. “We are working with the Mint and the Reserve Banks and as the economy re-opens we are starting to see money move around again.”

The press release from the Federal Reserve, which introduced the issue as “Strategic Allocation of Coins” not a shortage — specifically said “Federal Reserve coin orders from depository institutions have begun to increase as regions reopen, resulting in the Federal Reserve’s coin inventory being reduced to below normal levels.”

The press release resulted in media reporting a coin shortage —  even though the Federal Reserve specifically stated it was temporary, which caused a panic – and resulted in speculation and rumors.

Hubbs explained that to accommodate for the injection of cash needed by banks to cash stimulus check, there was a brief interruption in coins being delivered to banks – however that was to accommodate the need for cash, not because there was any type of shortage for coins.

The brief interruption in coins being delivered to banks, paired with stimulus checks being direct deposited into bank accounts which were then electronically accessible, may have attributed to a short decrease in coins, but it is something that will end as quickly as it began.

Hubbs said that the bank has seen a request from businesses who do not have accounts with the bank request coins, however, their policy is to only service their clients and customers. Hubbs said that if there was an actually need or concern locally, Nantahala Bank & Trust, which hasn’t experienced any sort of shortage of coins, would provide coins if needed, regardless of if those in need were clients of the bank.

“We would certainly help if there was a need for us to, but we are not at that point and I don’t see us getting to that point locally,” said Hubbs.

While the Federal Reserve has stated the coin shortage is temporary and is taking precautions necessary to get back on track– consumers who are returning to stores are encouraged to expedite the recovery by spending coins when possible.