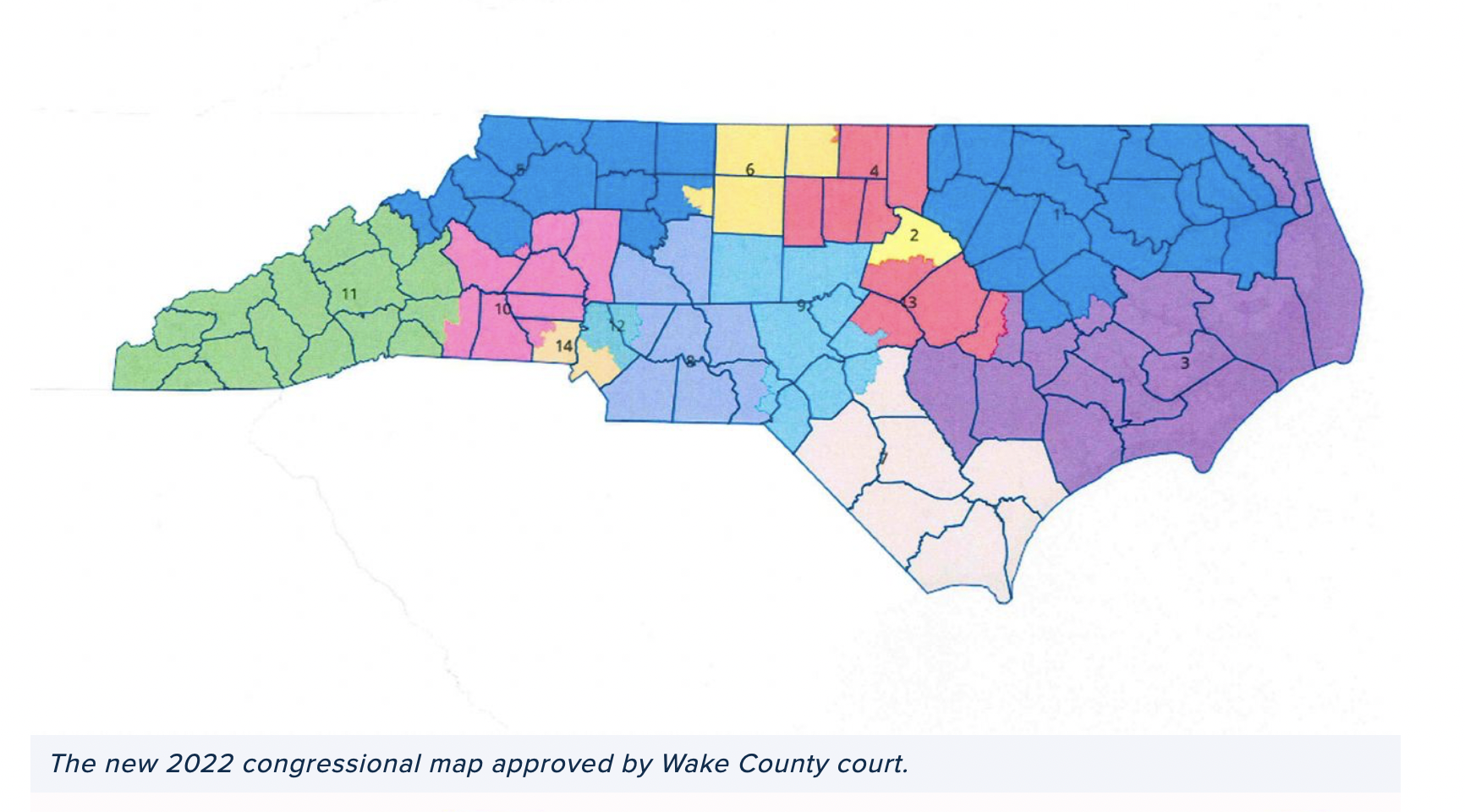 Just after noon on Wednesday, a special Wake County court approved new redistricting maps for North Carolina’s 2022 elections. Parties can still appeal the decision by the end of the day today, otherwise, the approved maps will be the official boundaries for the congressional and General Assembly elections for 2022.

Today’s decision allows a blatantly unfair and unconstitutional State Senate Map that may have been the worst of the bunch,” NC Governor Roy Cooper said in a statement. “That is bad for North Carolina because it strips voters of their voice in our democracy. Our elections should not go forward until we have fair, constitutional maps.”

Unless one of the parties appeals the maps to the North Carolina Supreme Court, candidate filing for the 2022 primaries is set to begin at 8 a.m. Thursday. The primary election will be on May 17. 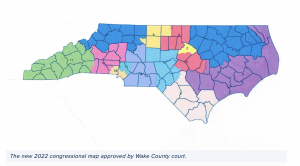 The Congressional Maps approved on Wednesday virtually eliminates the newly drawn District 14 that Rep. Madison Cawthorn said he would be running in. District 11, which Rep. Cawthorn currently represents will remain nearly unchanged with all boundaries staying the same with the exception of Mitchell and Avery Counties being moved to NC District 5. With a field of candidates already lined up for District 11, the new district will likely once again change those seeking election.

While the court rejected the Congressional maps, the court approved the maps the North Carolina House and Senate that the General Assembly passed last week.

For WNC, the biggest change for the Senate districts would be Transylvania County moving to Senate District 50. A portion of Haywood County will also now be located in Senate District 47.

WNC will see virtually completely new House Districts. While House District 120, currently represented by Rep. Karl Gillespie will remain unchanged, District 119, represented by Rep. Mike Clampitt will see a significant change by eliminating the entirety of Haywood County and instead also picking up Transylvania County. Rep. Mark Pless, who represents District 118, will see the entirety of Haywood County being shifted to his district, which will keep Madison County but eliminate Yancey County as it will move to District 85.