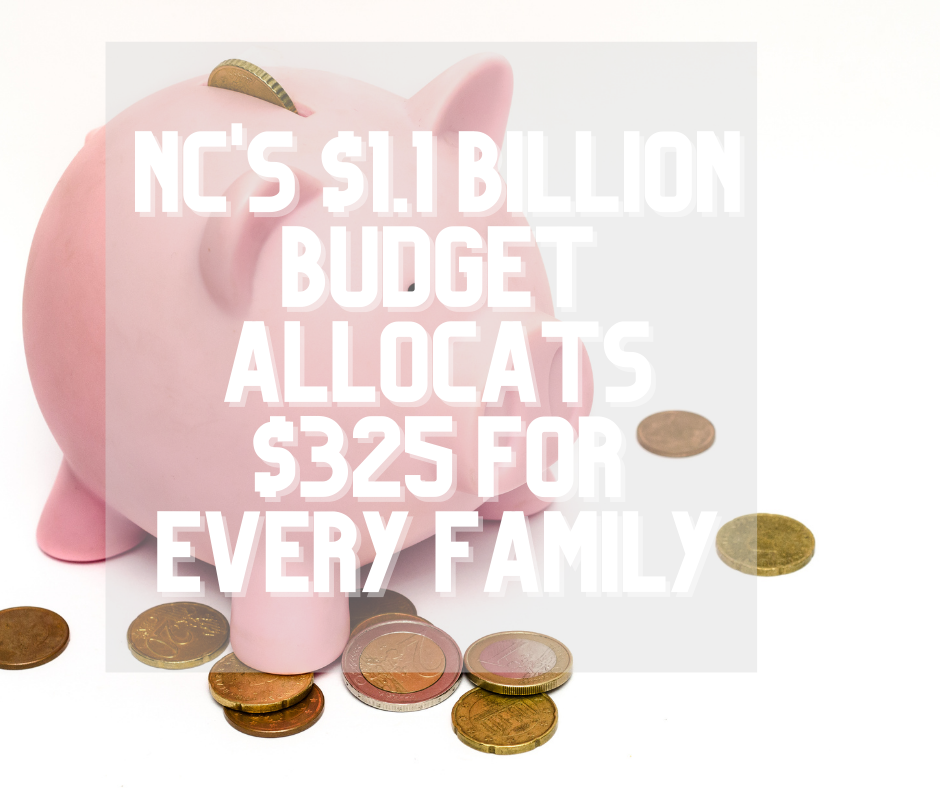 Earlier today, just one minute apart, the NC Senate and NC House of Representatives adjourned after passing legislation spending nearly $1 billion in funds allocated by the federal government, including direct payments to parents. The relief package contains funding for North Carolina Families with at least one child will receive the funds by mid-December in stimulus-style payments. While designed to help families with child care or tutoring school children struggling with online classes, the money can be used for anything. The budget for these payments totals $440 million.

House Bill 1105 passed the General Assembly on Thursday with a 104-10 concurrence vote by the North Carolina House of Representatives. The Bill includes $1.05 billion in federal funds for COVID19 relief as well as provisions that will prevent school districts from facing budget cuts due to a decline in enrollment.

That provision — a hold harmless for average daily membership — has been sought by district leaders around the state in the lead up to this week’s session.

In introducing the bill to his House colleagues, Rep. Dean Arp, R-Union, called the legislation necessary.

“It is our intent that no teacher will lose their job,” Rep. Dean Arp R-Union said. Rep. Arp introduced the Bill to the House prior to the 104-10 vote.  “So in order to do that, the average daily membership will be held harmless. The State Board of Education is directed to not reduce the allotments of public school units based on differences in the anticipated and the actual daily student membership. By doing this for both the public schools and the charters, we believe that no teacher should lose their job.”

With approval from both the Senate and the House, the bill is now headed to Gov. Roy Cooper’s desk for his signature or veto. Cooper’s spokesperson Dory MacMillan said the bill is under review, but did not give any indication as to whether or not it will be signed.

“The Governor is pleased that legislators followed his recommendations to maintain funding for school enrollment and invested in important areas like broadband, but they could have done much more to help North Carolinians in need,” MacMillan said in a statement released Thursday afternoon. “Most important, the bill should have expanded Medicaid to give 600,000 working people health care and done more for struggling small businesses and unemployed people as the Governor’s budget recommended. Legislators are leaving funds on the table and people in the lurch in a time of great crisis. The Governor will continue to review the bill.”

The legislation includes $75 million directed towards Personal Protective Equipment (PPE), an additional $45 million for small business grant programs, and $10 million for internet connectivity for students, $30 million for the GREAT program to improve rural broadband, the elimination of education waitlists for kids with disabilities, an additional $5 million for county elections boards.

Representative Kevin Corbin said that he was pleased with the bill and the funding priorities set forth by State leadership, however, he would have liked to do more for Broadband.

“The Bill includes an extra $30,000 for broadband for rural counties and that is something I have been fighting for since first being elected to the House,” Rep. Corbin said Thursday evening. “That $30,000 means that an extra 25,000-30,000 households will be connected to internet in the most rural parts of our state. I asked for $100 million and truly believe we need that, but this $30,000 million, which is an addition to the $15 million previously allocated, will be a great step in the right direction.”

Funding priorities for public education made up a bulk of the spending package and includes:

$22 million for Department of Public Instruction (DPI) to award as grants to public school units for serving exceptional children who have lost critical services as a result of school closures related to COVID-19, of which DPI is encouraged to use $17 million for in-person services

$150,000 to the Steve Smith Family Foundation for use with virtual learning support program that assists homeless students

$1.1 million to DPI for allocation to Communities in Schools of North Carolina, Inc. for staff PPE or to assist K-12 students with remote instruction, nutrition, family support and mental

$300,000 for a student health collaborative pilot program allowing school districts to work with county departments of social services to assist students with mental and physical well-being

Rep. Corbin said that while State Leaders likely would have seen certain things included and certain things omitted, overall the relief package was a bipartisan effort and an encouraging way to end the 2020 Legislative Year.

In the event that a special session is not called for the remainder of the year, today marks Rep. Kevin Corbin’s last day as a member of the House of Representatives as he is running for the North Carolina Senate.

Today would also be the last day in session for Senator Jim Davis. The Southern Scoop plans to interview both State Leaders in the coming days.