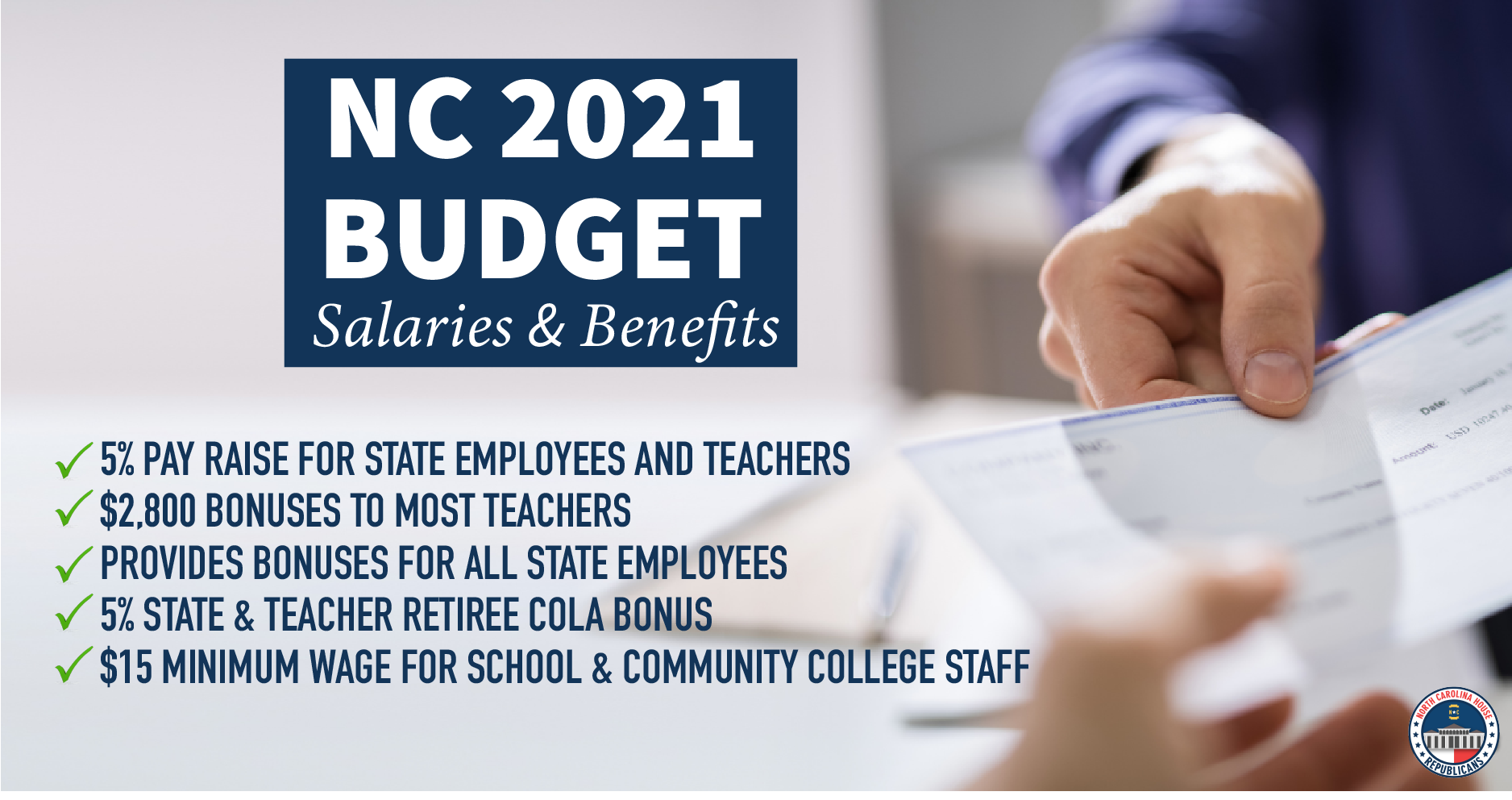 The first state budget since Governor Roy Cooper takes office was passed by both the House and the Senate this week and now awaits Gov. Cooper’s signature before becoming official. While Gov. Cooper has not yet signed the budget, he has publicly stated that he intends to do so. The budget totals $25.9 billion for 2021-22 and $27 billion for 2022-23 and includes both salary raises as well as bonuses and supplements for nearly all state employees.

Right out the gate, the state’s budget will raise hourly salaries for non-certified school employees up to $13 an hour this year, then to $15 by next year. That, combined with similar moves for community college employees and direct care workers, should get every full-time state employee up to at least $15 an hour, completing a plan launched by Republicans in 2018.

“Although we have many differences, we each had the common goal of coming together to create a spending plan for the state,” House Speaker Tim Moore said in a statement. “In the end, I am confident that we have come together to design a budget that truly meets the most critical needs of all North Carolinians.”

The minimum wage increase will benefit all employee categories not boosted by a 2018 minimum wage measure. In addition to this increase, direct care workers will get bonuses up to $2,000.

“The new supplement program for state teachers is something that has never been done in North Carolina before,” said Senator Kevin Corbin. “It allocates supplements based on district and county data. This isn’t just a one-time pay bump either, this is something that will be recurring and will go a long way to support teachers across the state.”

The budget includes 2.5 percent raises in each year for state employees, but every state employee will also get a one-time $1,000 bonus. State employees making less than $75,000 a year, or working in law enforcement, prisons, state hospitals, or schools would get an additional $500.

Teachers are earmarked to get a 1.3 percent salary increase across the board for two years as well as an annual step increase, bringing the average salary increase for teachers to be 2.5 percent each year, and 5 percent total, according to budget documents.