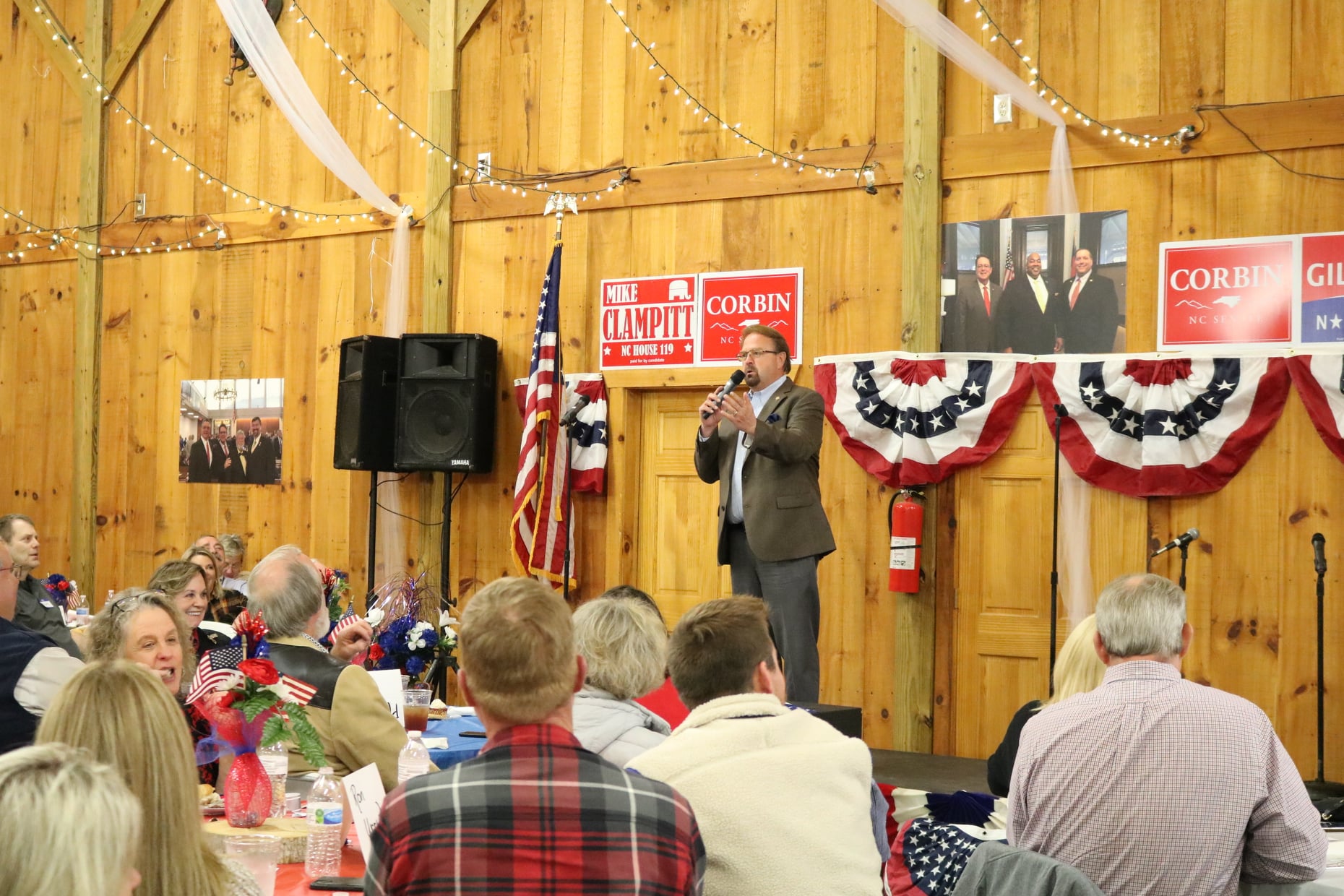 By Brittney Lofthouse on December 1, 2021

North Carolina Senator Chuck Edwards announced this week that he plans to run for Congress in the newly drawn District 14– previously considered District 11.
“I announced my run for Congress to represent the hardworking families of WNC, where I was born and raised,” said Senator Chuck Edwards. “It’s where I began working at age 16 behind a restaurant counter, and where I’ve been privileged to start and grow a business, and to serve and give back to my community.”
The 14th Congressional District is rated as a solidly Republican district, and the winner of the GOP primary will likely be the favorite to win the general election. Edwards is the most prominent Republican to enter the race since Cawthorn’s exit. The three counties Edwards currently represents in the state Senate comprise 56% of voters in the new 14th.
Sen. Edwards is a Republican and was first elected to the N.C. Senate in 2016 and was re-elected in 2018. In 2020, he defeated Democrat Brian Caskey by 59% to 41%.
“In the NC Senate, I’ve helped fight for Christian values. I’ve helped fight for the unborn. I’ve helped lower income taxes,” said Sen. Edwards. “I’ve helped create jobs and build an economy here in WNC. I’ve helped put infrastructure right here because of the opportunity you gave me and I am forever grateful.”

Born and raised in Western North Carolina, Chuck Edwards has lived, worked, raised a family, and maintained a successful business in the mountains. At the age of 16 he entered the business world, working at McDonald’s in Hendersonville while attending West Henderson High School.

Years later, he purchased the very same McDonald’s franchise where he began, along with other locations in Henderson, Transylvania, and Haywood counties. He studied business at Blue Ridge Community College.

As I look at Washington, I see the opposite of opportunity. WNC families are worried about the cost of food, gas, and heat while Nancy Pelosi and the Democrats push a hard-left agenda at the expense of people in WNC. I ask for your trust and your vote to restore sanity to Washington and to help folks struggling here at home.