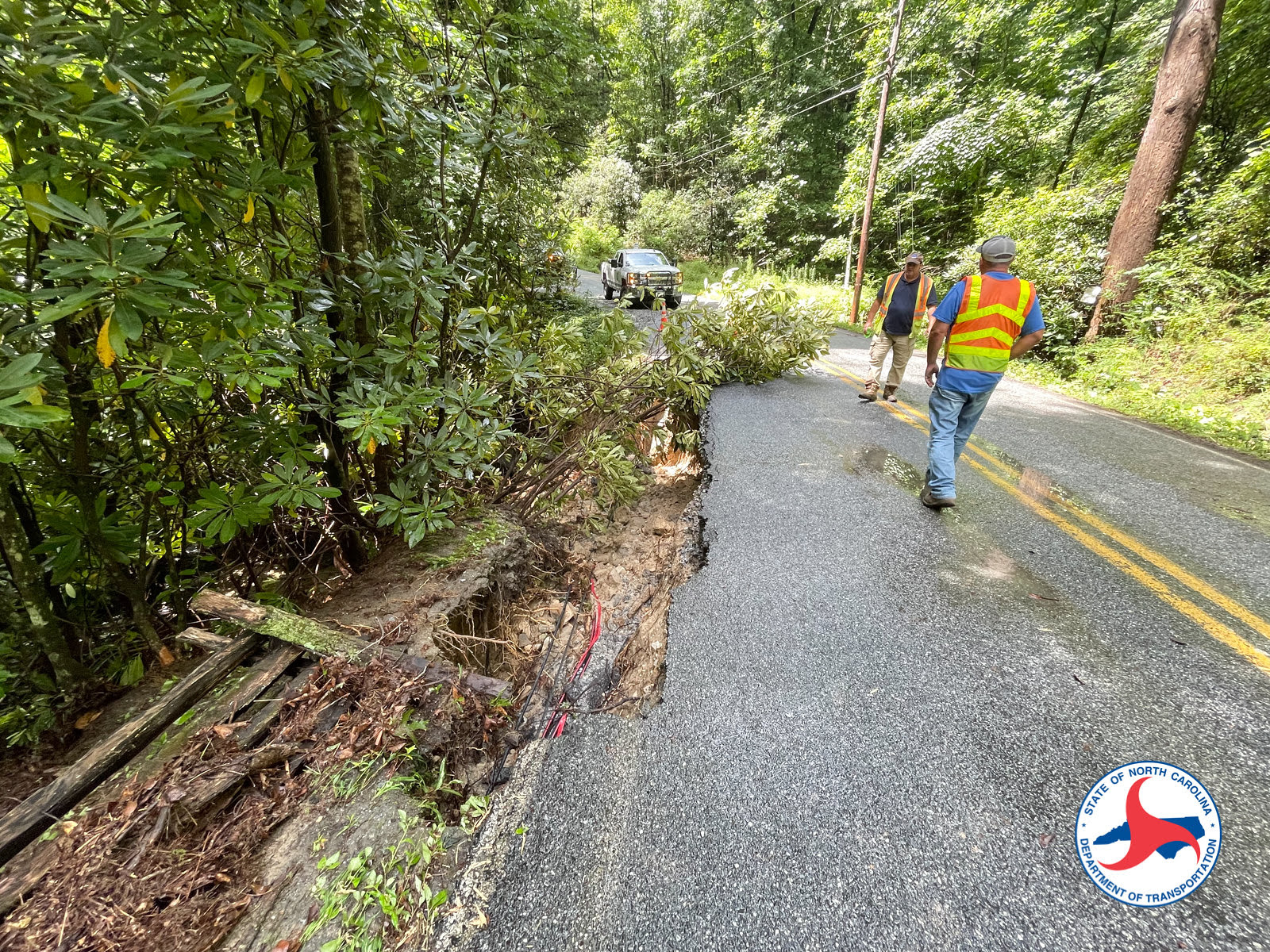 Editor’s Note: View a photo gallery of the damage collected by NCDOT staff.

CANTON — About 70 N.C. Department of Transportation workers from across the state have traveled to western North Carolina to help respond to the devastation left by Tropical Depression Fred.

The employees left this week from state transportation offices and maintenance yards near Rocky Mount, Durham, Greensboro, Albemarle, Carthage, Winston-Salem and Shelby. They have joined nearly 550 additional NCDOT employees in the state’s western reaches who are working to restore roads, clear landslides and unclog drainage systems.

“Our hearts go out to the families who lost loved ones and everyone who has been impacted by this storm,” Boyette said. “It’s impossible to replace what many people have lost, but we are here for the long haul to help these communities recover as quickly as possible.”

Fred washed out multiple bridges and closed dozens of roads, largely in Haywood, Transylvania, Swain and Buncombe counties. Many roads and bridges were covered by trees, mud and water. Fred even spawned three mudslides that temporarily closed the Nantahala Gorge in Swain County.

The number of roads closed decreased from around 60 Wednesday to 17 on Friday morning. Earlier in the week, crews successfully restored access to many roads, including U.S. 19/74through the Nantahala Gorge in Swain County. Friday’s closures included mostly secondary roads and several highways, including N.C. 197 South in Yancey County and U.S. 276 in Haywood County. Twenty-three bridges remained closed Friday in western North Carolina.

NCDOT crews from the hardest hit 17 westernmost counties have spent the week keeping interstates and highways open for resident and other commuters. State transportation crewsfrom other parts of the state are helping restore connectivity by refilling washouts, reconnecting bridges and stabilizing shoulders along damaged roads.

“This is devastating for the communities we serve,” said Wanda Austin, highway division engineer for the state’s 10 westernmost counties. “We appreciate patience as we work to open these roads and bridges so our friends and neighbors can get home, get back to work and restore some sense of normalcy.”

For the latest traffic updates, drivers can visit drivenc.gov.