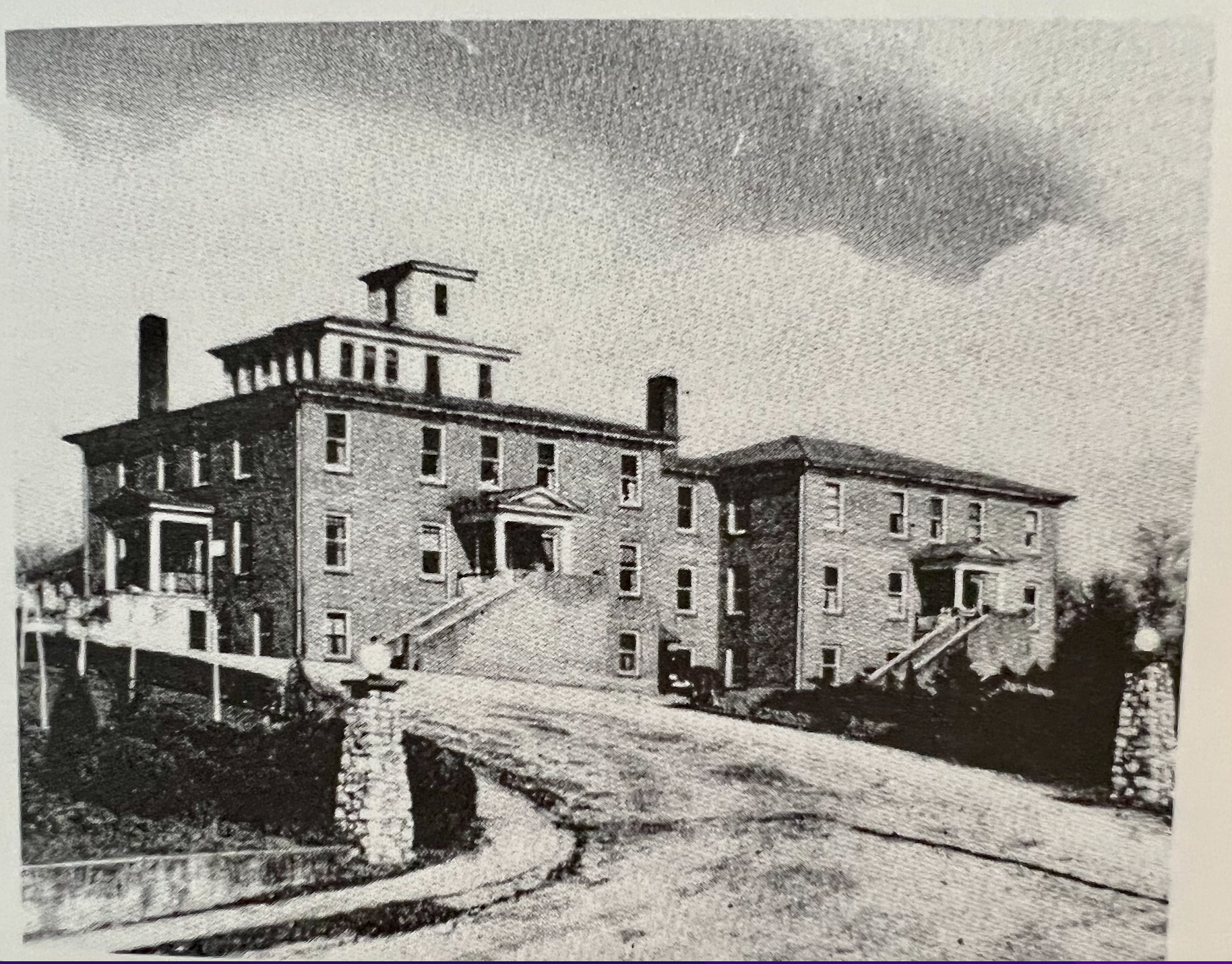 The first doctor known to practice medicine in Macon County was a physician by the name of Dr. John M. Lyle. He received his education from the University of Nashville School of Medicine in the Republic of Tennessee and records indicate that he began practicing medicine in Macon County in 1850. A few years later, records show that a Dr. G.N. Rush, also a graduate of the Nashville School of Medicine, began practicing in Macon County in 1854. Alexander Crutchfield Brabson studied under Dr. Rush before receiving his formal schooling from Emory University. All three men served the South during the Civil War and after the war ended, they each returned home to Macon County where they practiced medicine until their deaths.

From the turn of the century until the 1920s, there were a dozen doctors who practiced medicine in Macon County. Doctors became known for their specialties and developed routes or areas of the county that they most commonly served. It wasn’t until 1923 under the leadership of brothers Dr. Furman Angel and Dr. Edgar Angel, known as Dr. Ed” that Macon County was able to boast a county-wide hospital facility.

Dr. Angel was one of the most widely known men of Western North Carolina in the early 1900s, either known for his love of quail hunting or for owning and operating Angel Brothers Hospital. Dr. Angel was born and raised in Franklin — born on October 27, 1897. After graduating from Franklin High School in 1913 he attended the University of North Carolina before going on to Jefferson Medical College in Philadelphia where he graduated in 1918. Dr. Ed’s path to medicine was similar and at the time of his graduation from Jefferson Medical College at 23, Dr. Ed was the youngest graduate in the school’s history.

Before returning home to Macon County, Dr. Angel served in the medical corps of the U.S. Navy,

holding a commission as a lieutenant of the senior grade. Dr. Angel was working as a resident and Chief Resident Physician at the Pennsylvania Hospital in Philadelphia when he decided to return home. Dr. Ed completed post-graduate work at the famous Lahey Clinic in Boston, where he worked directly with the clinic’s founder, Dr. Frank Lahey. Dr. Angel spend one year at Pennsylvania Hospital before returning home to open Franklin’s first hospital on August 1, 1923.

Macon County’s first hospital facility was opened in a small residence on Palmer Street and had four hospital beds. By 1925, Dr. Angel purchased what was known as the Rope Elias property and remodeled the residence of Dr. W.A. Rogers for $22,000 to serve as the county’s hospital until June 1926 when he successfully opened the first modern and permanent hospital west of Asheville, known at the time as Angel Brothers Hospital. The hospital was constructed at a cost of $25,000. The 30-bed facility was a marvel of its time and established Macon County as a healthcare hub for rural Western North Carolina.

As the first permanent structure serving patients west of Asheville, Angel Brothers Hospital quickly expanded, and by 1927, Dr. Angel had commissioned the construction of an annex which afforded room for an additional 20 beds — making the hospital three stories high and complete with an operating room.

To meet the high demand for care at the hospital, Dr. Angel established the first training school for nurses in the western part of the state and in its first year, the program graduated 25 nurses, all of whom successfully passed the state board of examination to practice. By 1928, the facility had five doctors and 22 nurses. Angel Brothers Hospital was not only instrumental for the health and wellbeing of residents of Western North Carolina, but the facility cared for part of South Carolina, North Georgia, and Eastern Tennessee as well.

Dr. Ed, who had helped his brother establish Angel Brothers Hospital, returned to Macon County to stay in 1932 and oversaw the overall operations of the hospital until his untimely death in 1966. Dr. Ed purchased full ownership of the hospital in 1940, at which point the facility’s name changed to Angel Hospital Inc. and the facility began to be operated at a non-profit. 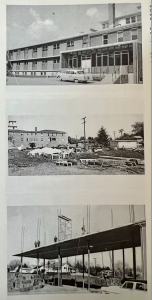 The hospital was once again expanded in 1957 when the construction of a new outpatient wing was ordered at a cost of $300,000. Dr. Ed was proud of the hospital’s growth, and the ability to expand and operate without the aid of federal and state grants — so much so that during the new out-patient wing dedication, Dr. Ed erected a plaque specifically dedicated to the fact that the facility was funded without government aid, but rather by community support.

The 1957 construction expansion of the hospital saw its first utilization in September of that year by Dr. E. W. Fisher, a Franklin general practitioner, who took over the delivery room on September 9 to welcome the first baby born at the new hospital wing. Mr. and Mrs. Zeb D. Carpenter, Route 2 Franklin, welcomed their son Charles Delano Carpenter.

In 1969, 46 years after he founded Angel Hospital, Dr. Angel died in the same hospital that continues to carry the Angel Family name.

Following the death of Dr. Ed. in 1966, Angel Hospital was sold to the community, and its control was placed in the hands of a board of trustees. The community held a donation drive known as “Operation Heartbeat” and raised the $300,000 needed to purchase the private hospital from the estate of Dr. Ed Angel.

After the community took the owner of the hospital, the name was changed from Angel Hospital, Inc to Angel Community Hospital, and yet another needed expansion was begun. By 1977 Angel Community Hospital was touted as being a five and one-half million dollar structure with new modern features and a total of 60 beds. The 1977 focus of the hospital included the community’s then-dedication to the county’s mental health services, dedicating an entire floor of the hospital to care for mental health patients with 24 beds patient beds, treatment rooms, and office space for professionals serving mental health patients. This was known as the Amelia Bauer-Kahn Psychiatric Unit.

In 2016, Mission Hospital released news touting the expansion of Women’s Services at AMC and announced they were planning a more than $4 million expansion of the unit to accommodate the growing needs. In a news report on the expansion project published in June 2016, Mission had secured a projected budget for the project of $4.3 million to “allow the facility to accommodate the increasing number of births in the region.”

The plan was to expand the facility to feature nine postpartum rooms and four labor and delivery recovery rooms. The expansion was also supposed to include adding one ADA-compliant Labor/Delivery/Recovery room, four ADA-compliant postpartum patient rooms and relocating and expanding three bassinet nurseries. The project also included non-clinical renovations which includes adding a central nurse and physician station for the women’s unit, adding staff and unit support facilities, and expanding the public waiting areas.

However, plans drastically changed in April 2017 when Angel Medical Center announced that the labor and delivery unit would not only NOT be expanded, Labor and Delivery Services, which had occurred at the hospital for the previous 61 years, would be discontinued entirely.

The announcement from Angel Medical Center came as a surprise to the community, who then worked for several months to convince Mission health to reverse the decision, to no avail.

“We are shocked,” said Commissioner Beale in April 2017. “I know they have been delivering babies in that hospital for 61 years because I was one of them. Not having that service in our community for our residents will be absolutely devastating. It’s going to be devastating for our health care system, for our young people trying to start families, and for our economy here in Macon County.”

Shortly after Mission Health’s announcement of a new hospital in Macon County, news also broke that Mission Health, and all affiliate hospitals including Angel Medical Center, would be bought out by healthcare giant, HCA Healthcare for $1.5 billion.

Tomorrow, September 13, HCA Healthcare will hold a ribbon cutting for the new Angel Medical Center Facility in Macon County. Following the ribbon cutting will be an open house from 1 p.m. to 7 p.m. for the public to get a behind-the-scenes look at the new 82,500-square-foot facility.

During the Open House, tours will be led by hospital staff, and visitors will get to see all the areas of the new hospital — even those that non-hospital staff wouldn’t usually be allowed in.

The new $68 million facility will not see the return of Labor & Delivery Services, but does the most up-to-date clinical services and integrates the latest wireless technology available. It will provide larger rooms, better lighting and healing views, and the capacity to allow for the latest technologies to be incorporated into the hospital.