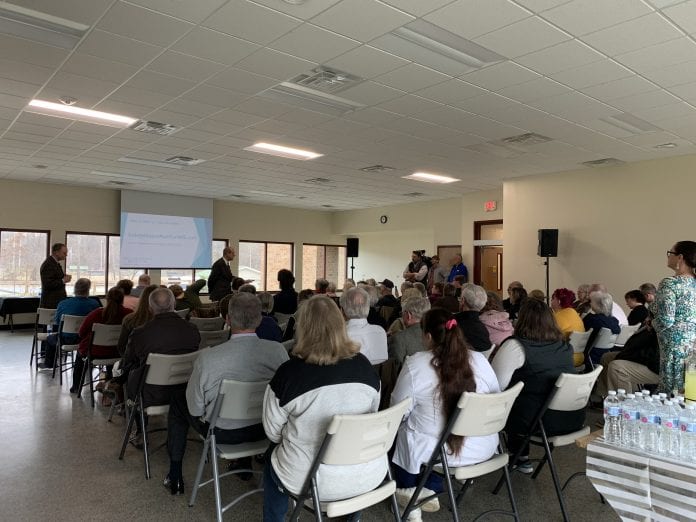 Residents across Western North Carolina will once again be able to voice their concerns regarding operations of HCA, the healthcare giant that took over operations of the Mission Health Systems on Wednesday beginning at 5:30 p.m.

Gibbins Advisors, the independent monitor (IM) hired to monitor the transition, is scheduling an informational online meeting open to all communities in Western North Carolina served by Mission Health on April 7th at 5:30 p.m. (eastern).

This is a “refresher” from last year’s seven in-person community meetings. In the webinar, the IM team will discuss its role, provide an update on its work, and present the opportunity to ask questions.

In February 2020, Gibbins Advisors began a tour of WNC to meet with residents who voiced their concerns over the takeover of Mission Hospital. The oversight by the IM was required by the state of North Carolina for the approval of the acquisition.

As part of the monitoring, Gibbins Advisors was tasked with ensuring HCA remained in compliance with provisions of the saw such as maintaining existing services such as charity care and rural hospitals like Angel Medical Center remaining open.

The first meeting, held in Cashiers in Jackson County, heard complaints about losing doctors, billing issues, lack of communication with HCA, all of which were echoed during meetings in Highlands and Franklin.

Those interested in participating can register at the following link: https://www.independentmonitormhs.com/register

For those who are unable to attend, the presentation will be recorded and posted for viewing after the event on the Independent Monitor’s website: www.independentmonitormhs.com.