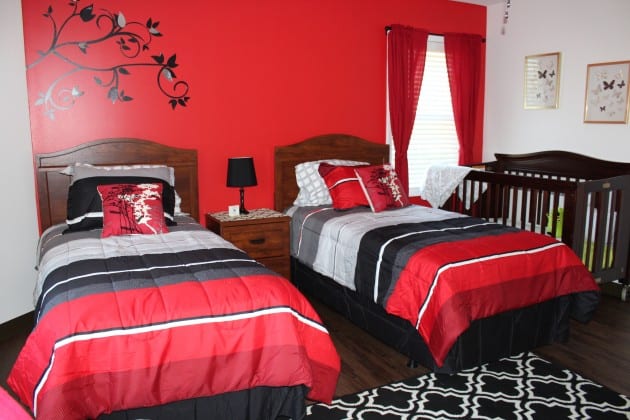 Over the Christmas holiday, western North Carolina experienced subzero temperatures causing problems for many residents and businesses. The unusual freezing temperatures over several days resulted in a devastating tragedy for one of Franklin’s non-profit organizations. On the afternoon of Christmas Eve, the REACH Van Drake Shelter saw significant damage to the inside of its facility caused when a pipe in the sprinkler system froze and burst in the clients’ computer lab.

As a result of the burst, the ceiling collapsed in the computer lab, damaging all the computers. The burst pipe also caused damage to adjoining rooms as well as several inches of flooding throughout the entire shelter.

The loss is even more heartbreaking when you consider it wasn’t that long ago that a new shelter for the area was only a dream. In March 2016, that 15-year-old dream to open a larger shelter to meet the tremendous needs of the community was realized at the facility’s grand opening.

The shelter, which cost $1.3 million, was made possible with large donations from VanDrake Enterprises, Cannon Foundation, NC General Assembly, the governments of Macon and Jackson Counties. In addition, individuals and organizations from the community helped to make the shelter a reality.

The REACH facility has two kitchen/dining areas, an office, a computer lab, playroom, laundry room, pantry, and storage areas all of which had extensive flooding. Repairs, which are expected to take several months, are needed throughout the entire shelter. The computer lab, shelter office, and main living had the most damage. Most of the furniture in the shelter is a complete loss.

The shelter has 10 bedrooms with 20 beds available for clients, with each bedroom having its own individual bathroom. One special touch added when the shelter was being finished was each bedroom was uniquely decorated either by individual room sponsors from the community or by the REACH staff. Now, unfortunately, all that has been destroyed with all bedroom furniture completely ruined.

“From the time we opened the new shelter six years ago, our goal was to create a space that felt supportive and comfortable – a space where healing from trauma could really begin,” said Andrea Anderson, Executive Director of REACH of Macon County. “Through the work of staff and support of the community, we did just that. There is such care put into the rooms and living spaces, that our shelter is truly beautiful. “

“The night of the flood, when I walked into the shelter and saw the damage, my heart just broke – knowing all that has gone into creating our shelter and the hundreds of families that we have housed,” she added.

“The most important thing that we want everyone to know is that we are still providing all services, including shelter services,” said Anderson. “The night of the incident fortunately no one was injured, and we were able to transition all residents into an alternative shelter and provide food and all necessities. We are very happy to say that the Christmas presents for the families and their children were saved, and despite the circumstances, everyone put their best foot forward in pursuit of a Merry Christmas.”

“Our top goal is to not to let this be a barrier for someone trying to leave an abusive situation,” she added. “We do have resources to still provide immediate alternative shelter, and we are looking for a rental home for a few months to better serve our needs during the interim.”

“In addition to being a supportive environment, our shelter has extensive security,” said Anderson. “Having a place for victims to go that feels secure is so important when leaving an abusive situation. We will be working as hard as we can to repair and restore the shelter as quickly as possible.”

Insurance will cover a huge part of the cost of the damage and repairs; however, there will be a gap in replacement costs and expenses associated with client relocation and displacement. The community has always supported REACH and its mission; in fact, it was with the support of the community that the organization was able to build the shelter approximately seven years ago. Since that time, REACH has housed hundreds of families and their children. The new shelter was made possible from community effort, and that same spirit will help to restore the damaged facility.

There are many ways in which the community can assist REACH during this difficult time including making a monetary contribution, donating gifts cards for gas and food, and continuing to support the thrift store. Donations can be made online at www.reachofmaconcounty.org, mailed to P.O. Box 228, Franklin, NC 28744, or in person at the REACH office or thrift store.

REACH would like to especially thank Franklin Fire & Rescue, Serv-Pro, National Communication Inc., and many of the staff and their families, who responded and came in to help with whatever was needed. Without all who came to assist, the damage to the shelter could have been much worse. A huge thank you is also extended to First Baptist Church who helped provide hot meals, drinks, and other items on Christmas Day.

For more information or if you or someone you know needs assistance due to domestic violence, sexual assault, or human trafficking, can call or text 828-369-5544.