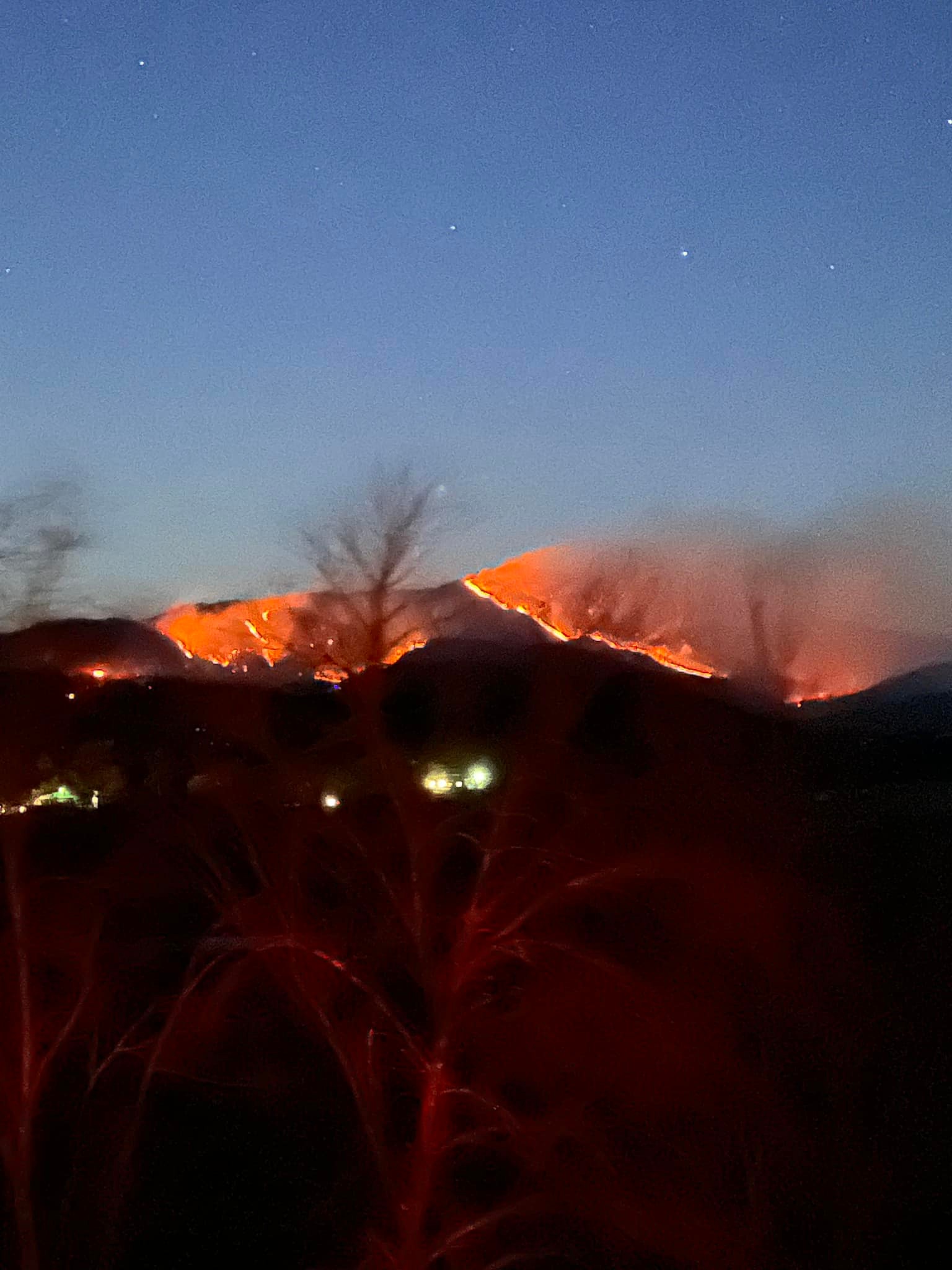 Early Sunday morning the National Weather Service in Greenville-Spartanburg  issued a Red Flag Warning for wind and low relative humidity, which is in effect from 10 AM Sunday morning to 8 PM for Yancey, Mitchell, Swain, Graham, Jackson and Macon Counties in North Carolina and Rabun, Habersham, Stephens, Franklin, Hart, and Elbert Counties in Georgia.

A Red Flag Warning is issued when there is an ongoing or imminent critical fire weather pattern and when fire conditions are ongoing or expected occur shortly. In addition to the red Flag Warning, a TFR (Temporary Flight Restriction) was also issued a 5 mile radius around the wildfires near the Qualla Boundary. The warning prohibits pilots from operating an aircraft — including drones— in the areas covered by the NOTAM without prior authorization. The restriction is to provide a safe environment for fire fighting aviation operations.

Fire calls have continued Sunday morning with departments across the mountains responding to calls from out of control brush fires to downed power lines sparking fires.

Two fires in Swain County got out of control Saturday afternoon due to excessive winds and according to officials, have resulted in 15 to 20 homes near Stone Pile Gap Road, Coopers Creek Road and McCracken Road being evacuated. As of Sunday morning the impacted area had grown to about 100 acres in size.

Between 50 and 100 firefighters from around Western North Carolina reported to Swain County on Saturday to assist in the blaze, including departments from Macon County. The Cowee Volunteer Fire & Rescue Department reported just after 10 p.m. via Facebook Saturday night that their crews had been released and were safe back in the district. Shortly after they returned to Macon County, a call came out for a assistance just over Cowee Mountain in Jackson County as a structure fire broke out at the bottom of Greens Creek on Old Mater Farm Road.