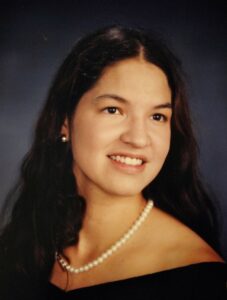 Remains recovered in Otto murder investigation have been identified

After an autopsy of the bone fragments recovered from a residence off mulberry Road in Macon County, the victim has been identified as 42-year-old Tina Walkingstick Frizsell. Frizsell was residing in Mountain City Georgia when her brother, Gregory Justus, contacted local law enforcement reporting her missing in late May.

“Her family was instrumental in helping us identify her by providing samples DNA,” Macon County Sheriff Holland said. “Her family lives out of state and made trips back to Macon County to work with our staff.”

The remains found at a crime scene off Mulberry Road have been identified as that of Tina “Teeter” Walkingstick Frizsell, 42, of Mountain City, Georgia, and formerly of Cherokee. Frizsell was thought to be murdered on May 16, one day prior to her 43rd birthday. Frizsell left behind two children.

It is believed that Frizsell was shot in a shed on South Tryphosa Road near the border of Rabun County and then her body moved to an encampment off Mulberry Road where it was burned.

Christopher Shields of Otto, NC  was identified by Macon County Sheriff’s Detectives as a person of interest early on and after initial investigation was initially arrested and charged with kidnapping. Three other individuals, Derek McCrackin, Jessica Smith, and Lenoka Wilson were also arrested in connection with the disappearance of Frizsell and were charged with desecration of a corpse.

McCrackin and Smith were initially held at the Rabun County Detention Center after arrest while Shields was transported to Raleigh for safekeeping pending the positive identification of the remains.

After the remains found at the crime scene were identified as Frizsell, a Macon County Grand Jury heard evidence in the case and issued additional indictments for Shields, McCrackin, Lenora, and Smith related to the Murder and coverup of Frizsell. As of press time, the indictments have not yet been served.

To read the beautiful tribute to Frizsell, click here.