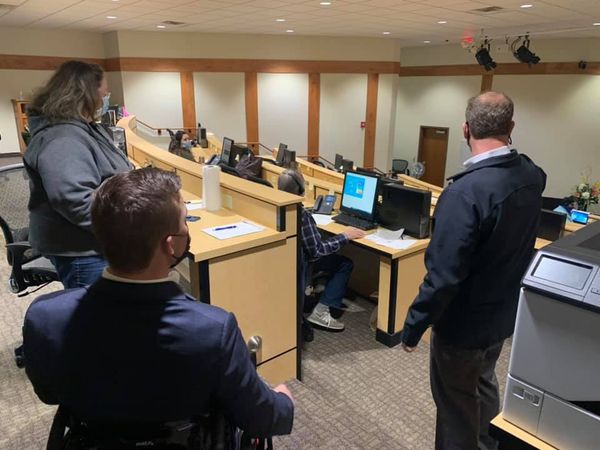 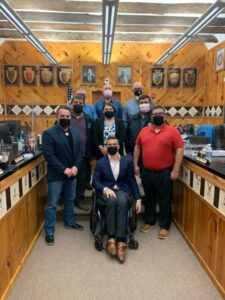 A little over a month after being sworn into office, District 11 Representative Madison Cawthorn was able to take a break from Congress to spend time inside his 17 county district — something he promised to do as often as possible during his campaign.

“Being in my district always reminds me of the importance of the position I hold,” said Rep. Cawthorn. “Every time I am in D.C. I look forward to being back among the people who raised me, and the people I represent. I feel invigorated interacting with my fellow North Carolinians, and continuing my presence in the District is a high priority for me.”

Rep. Cawthorn has spent the last two weeks meeting with local school board and law enforcement agencies, visiting community colleges and listening from constituents about what they want to see happen in D.C.

“We need the federal government to take the initiative on rural broadband reform,” said Rep. Cawthorn. “We recently saw federal funds come into our district for that purpose, but frankly these funds represent just the first step towards connecting our rural communities. If this pandemic has taught us anything, it’s that being connected is essential for education, health, and a myriad of other issues.”

In addition to broadband, Rep. Cawthorn said his district staff have been working to comb through a backlog of constituent needs that began building when District 11 lost representation after Meadows resigned to take on the role of former President Donald Trump’s Chief of Staff.

“Since being elected, my team has spent a significant portion of their time 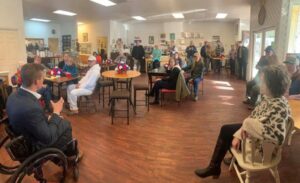 Among the legislation Rep. Cawthorn has introduced or supported since being elected was House Bill 449: “To prohibit the use of Federal funds to maintain or collect information that can be used to identify any individual to whom a COVID–19 vaccine is administered, and for other purposes.” 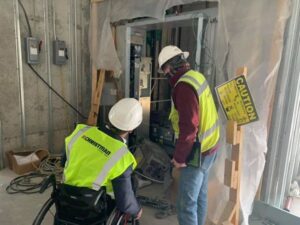 Cawthorn also co-sponsored House Bill 450 which would “prohibit the use of federal funds to propose, establish, implement, or enforce any requirement that an individual wear a was or other face covering, or be vaccinated, to prevent the spread of COVID19.”

Cawthorn has supported other COVID related measures such as House Bill 758 which aims to list the availability of COVID19 to vaccines for certain individuals detained in the United States Naval Station, Guantanamo Bay, Cuba, and for other purposes.

“A big one [issue] is COVID-19 relief, which has been a priority for my team,” said Rep. Cawthorn. “Another is federal business loans and small business issues in general. Local businesses have been hit hard by the pandemic, and it’s going to be a process to bring our economy back online.”

As members of Congress approved another COVID relief package upwards of $2 trillion, Rep. Cawthorn has called into question some of the funding priorities in the package such as allowing Planned Parenthood to once again be eligible for the paycheck protection program.

Rep. Cawthorn has already filed his 2024 campaign paperwork for the next election cycle — signifying his intent to run for re-election. Although he plans to continue his service in Congress, he is also a strong proponent of term limits for representatives.

“I’ve always said that if you can’t accomplish something in Congress after 10 years, then you’re not likely to accomplish it at all,” said Rep. Cawthorn. “What we need is a regular turnover of Congressional representatives to keep Congresspeople from becoming enamored with the desire for political power.”

When asked what the biggest difference is between actually serving in Congress and his perception before being elected — he joked about the lack of a southern delicacy in D.C.

“The disturbing lack of quality sweet tea in Washington,” he said. “In all seriousness, I think I’ve been surprised to see just how quickly the swamp can take hold of people and cause their priorities to shift. That’s why I think it’s so important for me to continue spending a large portion of my time in NC-11. Being in district allows me to live life as an American, not a politician.”

While Rep. Cawthorn has been visiting counties in the district — his team is also planning a series of public forums for an opportunity to meet with more constituents.

“We plan to host multiple town halls in the coming months, and we also are working on meet and greet opportunities,” said Cawthorn.