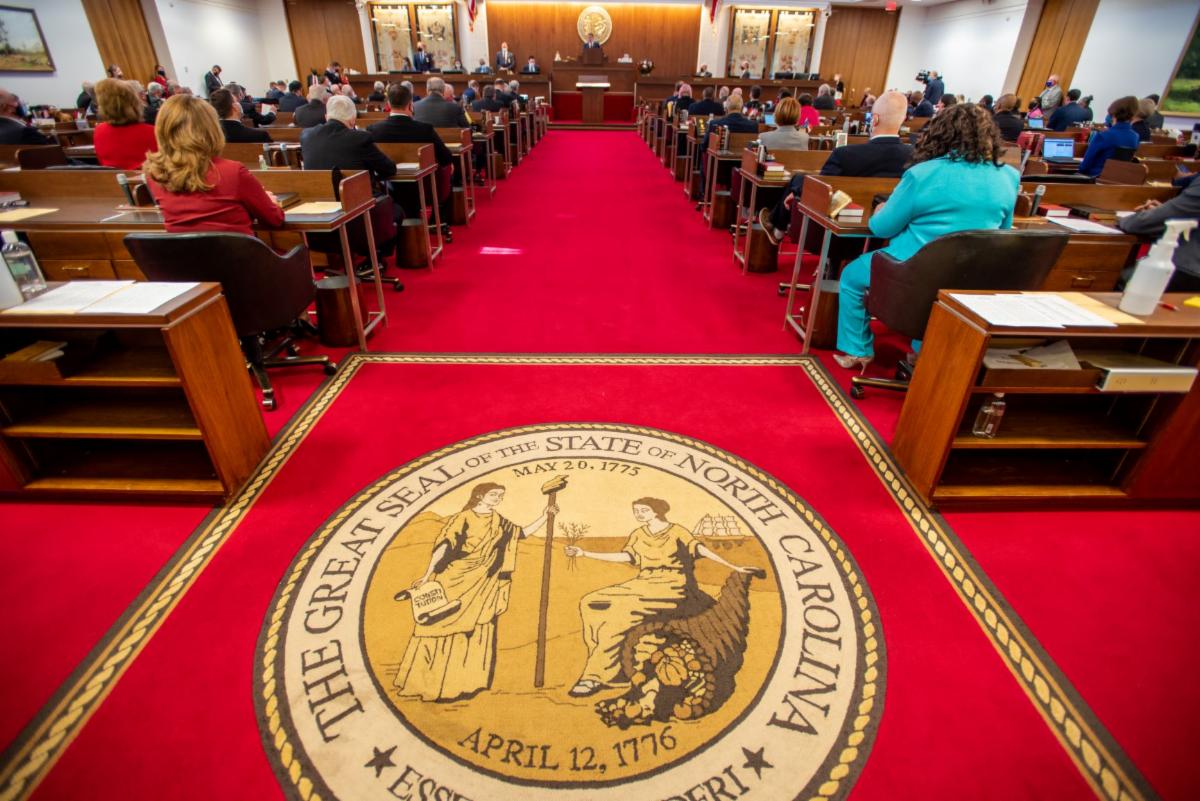 In this week’s edition of The Legislative Review, we focus on the topic of economic development, as we continue highlighting important aspects of North Carolina’s budget.

The 2022 Appropriations Act appropriates $876 million from the Economic Development Project Reserve, a reserve newly created to support one-time costs associated with major economic development projects in the State. These nonrecurring funds will be allocated for the following economic development activities, provided that the intended recipients satisfy program requirements:

• $450 million for site work, road work, and other infrastructure development for the location of the VinFast electric automobile plant at the Triangle Innovation Point megasite in Chatham County.

• $225 million in additional support for the Toyota electric vehicle battery plant at the Guilford-Randolph megasite.

• $112.5 million for site work, road work, and other infrastructure development to support the location of a manufacturing business in Chatham County which must invest at least $4.8 billion dollars at the site and create at least 1,800 jobs.

• $15 million to retain the headquarters of a collegiate sports employer in the State.

• $7 million for the Site Infrastructure Development Fund (SIDF) to enhance the State’s agreement with the United States Golf Association.

• $5 million to expand the Job Maintenance and Capital Development (JMAC) program from seven to eight agreements.

In addition, the 2022 Appropriations Act appropriates $1 million nonrecurring to the Department of Commerce for a new competitive grant program at the Economic Development Partnership of NC (EDPNC) to help local governments identify and develop megasites suitable for advanced manufacturing.

·     SB105-2021 Appropriations Act, an act to make base budget appropriations for current operations of state agencies, departments and other purposes.

According to North Carolina History Project, “the process started with a petition from eighth grade students at Harris Middle School in Spruce Pine, North Carolina. They had learned that Fraser Firs were a significant part of the state’s economy. Roughly 50 million Fraser Firs, to be more specific, are grown on approximately 25,000 acres in North Carolina. Of all of the Christmas trees grown in the state, ninety-percent are Fraser Firs. According to the NC Department of Agriculture, in 2009 Christmas trees brought an estimated $100 million economic impact to the state of NC.

Fraser Firs have the traditional Christmas, pyramid-like, tree shape; its slightly upturned branches give it a more rounded base. Although the trees can grow up to 80 or so feet and have a trunk diameter of 1.5 feet, most harvested trees range anywhere from 7 to 10 feet tall. This height can be reached after approximately 12 year.”

Every year, a different national forest is selected to provide a tree to appear on the west lawn of the U.S. Capitol building for the holiday season. The 2022 tree will come from the National Forests in North Carolina. You can read more here.