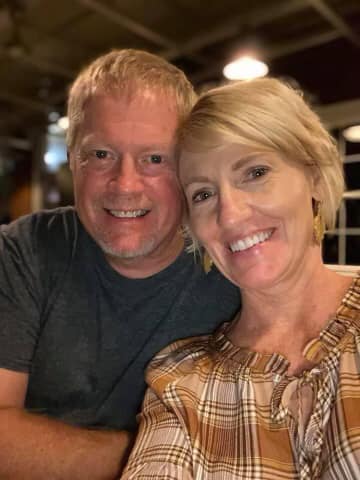 Although the 2020 General Election still yet to be decided, local residents are already turning their focus to the next election. Franklin resident Daniel (Danny) Reitmeier, announced on social media last week that he would be seeking election to the Franklin Council as Mayor. Reitmeier also called a press conference on Monday on the courthouse square to make an official announcement.

Reitmeier is a native of Franklin and a United States Air Force Veteran, having served during Desert Storm. He said he decided to run for Mayor because he wanted to take an active role in local government.

“My reason for running is simple,” said Reitmeier. “I believe you can sit on the sidelines or chose to get involved and try to make a difference.”

Reitmeier also said that he hopes to encourage change and find ways to make things happen rather than reasons why they cannot.

“It seems like lately, it is always “no we can’t” but I would like to think that yeah, we can and I think we need more of yes, while working under whatever current mandates are in place,” Reitmeier said in reference to recent town decisions made surrounding COVID19. “I believe we need to have more of a common-sense approach. If something is broken, let’s try to fix it.”

Reitmeier, a Republican, would be running for Mayor, a seat currently held by Mayor Bob Scott. While Scott has not made an official announcement he plans to seek re-election as the election would not occur until 2021, he has said he intends to do so. Scott was re-elected to a fourth term as Mayor in 2019 when he faced off against Town Council member Barbara McRae. Scott won with 324 votes to McRae’s 214.

“I think it is time for a change, time for something new,” Reitmeier said. “New thoughts, new ideas, different perspectives, new personalities, progressive thinking, and most of all, progressive action.”

Reitmeier went on to promise that he will be running a positive campaign with no personal attacks or smear tactics, something that was all too common in all levels of government elections this November.

Filing for the 2021 Municipal Election will not occur until next June and the election will take place in November.