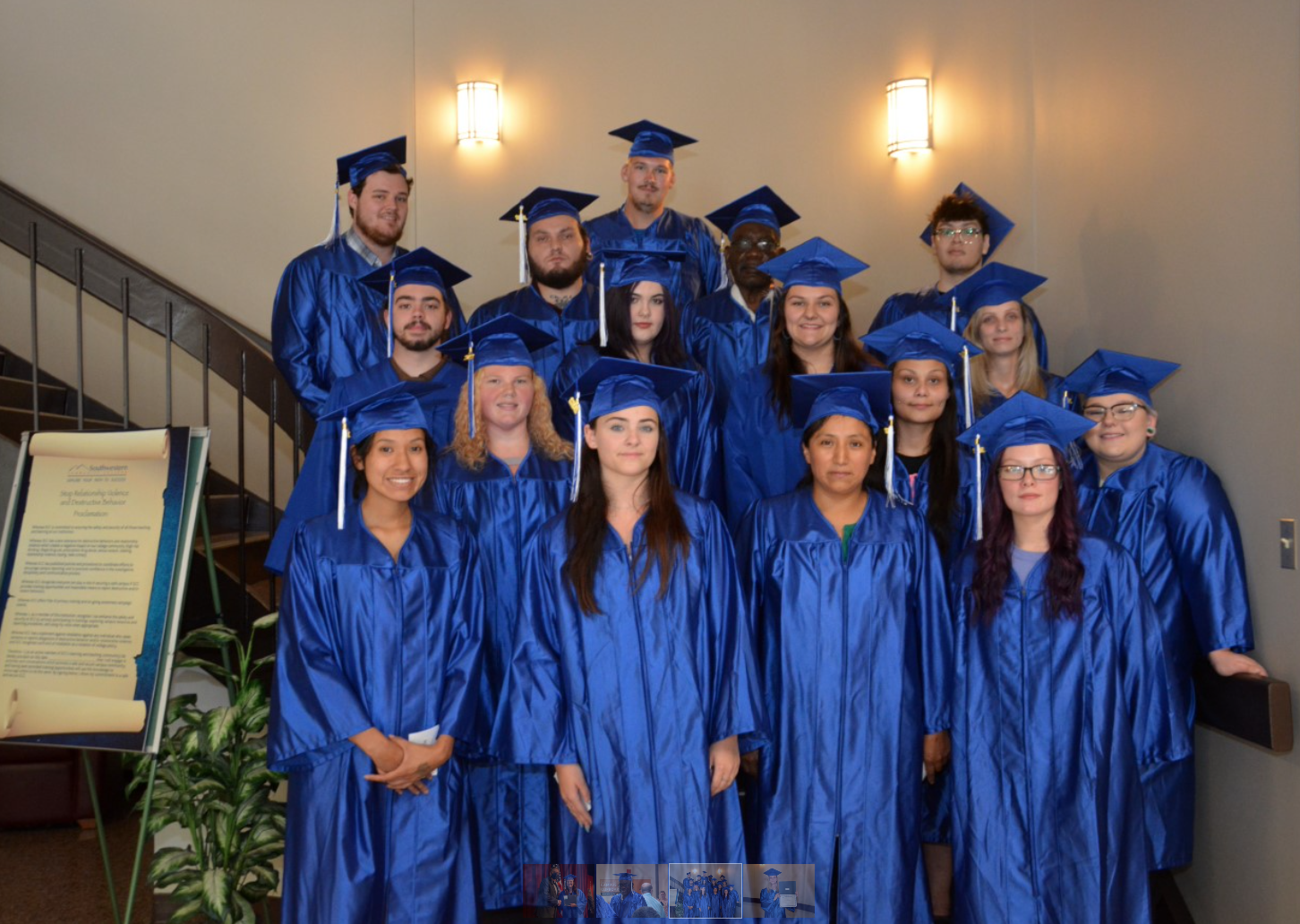 Congrats to the following graduates:

SYLVA – Like every other graduate at Southwestern Community College’s High School Equivalency commencement ceremony, Calbert Christian navigated a unique road on his way to receiving his diploma earlier this month.

His journey just involved a few more years – and miles – than most anyone else.

“I’m from Jamaica, and I didn’t have an opportunity to go to a nice school growing up,” said Christian, who recently turned 68 and currently resides in Sylva. “I came here to live in 2015. I was looking for a job, but everyone wanted a high school diploma. So my wife (Arlene) encouraged me to take (High School Equivalency classes).”

With her support, he gave Southwestern a try. When the time came, he sat for the exam and came tantalizingly close to a passing score.

“I failed math by one point, and I decided to not go back,” he recalled quietly, fidgeting with the blue mortarboard in his hands. “But my wife kept encouraging me. She said, ‘It was only one point.’ So I went back. The teachers at SCC were so helpful. They would sit beside me and go over and over and over each lesson until I got it.”

With his wife’s encouragement and his instructors’ assistance, Christian was successful on his second exam attempt – and he flashed a wide smile after receiving his diploma Aug. 2 on SCC’s stage.

“Calbert was a police officer in Jamaica,” Snover said. “He’s very quiet, but he’s been very determined. We’re extremely proud of him.”

A very different path led Bonnie Williamson of Sylva to follow Christian onto SCC’s stage on the same night.

Williamson was raised in Mississippi but dropped out of school before high school because her family needed her to work.

“I always wanted to be a doctor, but I grew up poor,” Williamson said. “I have a great family, and they tried their best to take care of me, but when you grow up with nothing, you have to work. Nothing was ever handed to me. I had to go out and do things myself.”

After working in the fast food industry for a few years, she had a daughter (Isabella) at age 19. She joined a fire department in Haywood County and completed all the necessary coursework for her EMT Basic and Firefighter 1 & 2 certifications – but she couldn’t get her official certifications or become a paramedic without her high school diploma.

All of that made the commencement ceremony particularly sweet for Williamson.

“I never had a prom or a graduation ceremony before, so it really felt like a huge success for me – especially now that I can officially earn all of the firefighting certificates I already completed,” said Williamson, who serves on the Lake Junaluska Fire Department’s force. She also volunteers with the Sylva Fire Department.

“The instructors and staff at SCC have been amazing,” Williamson added. “They are so friendly and willing to help any way they can.”

Another graduate, Shania Mathis of Cherokee, is excited to put her High School Equivalency to use by pursuing a Nurse Aide certificate through SCC’s program. Her long-term goal is to get into the college’s Nursing program.

“I dropped out of high school because I had a child, but I am pretty proud of myself for finishing so fast,” said Mathis, a Cherokee resident who just turned 20. “Melanie (Phillips, SCC’s College and Career Readiness Coordinator) helped a lot getting everything scheduled, and the instructors were very encouraging. They told me I could do it no matter what happened.”

For more info or to get started on High School Equivalency classes at SCC, contact Donna Wilson at 828.339.4272 or d_wilson@SouthwesternCC.edu.