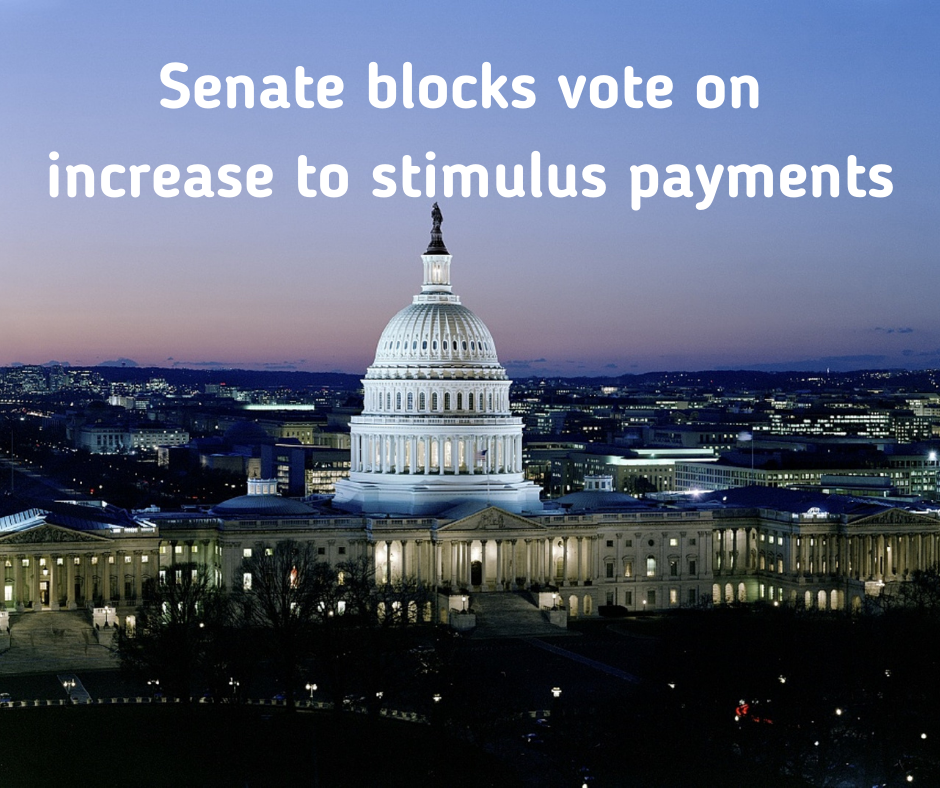 After the US House passed a bill to increase stimulus checks with a bipartisan 275-to-134 vote on Monday, the future of the bill was up to the Senate.

That proposal, called the Caring for Americans with Supplemental Help (Cash) Act, aims to boost the $600 payments authorized in the massive year-end spending-and-relief package that Trump signed Sunday by another $1,400 and expand eligibility for them.

After passing the House and waiting for consideration in the Senate, President Donald Trump weighed in again Tuesday morning with support saying, “Give the people $2000, not $600. They have suffered enough!” he wrote in a tweet.

“There’s a major difference in saying you support $2,000 checks and fighting to put them into law,” Schumer said. “The House bill is the only way to deliver these stimulus checks before the end of session. Will Senate Republicans stand against the House of Representatives, the Democratic majority in the Senate, and the president of their own party to prevent these $2,000 checks from going out the door?”

After he was finished speaking, McConnell objected without making further comment. Following Schumer’s request for a vote, Democrats and Republicans expressed support for holding a vote on the issue, however, McConnell did not budge, blocking the possibility of a vote in the Senate.

Adding $2,000 checks to the roughly $900 billion package that Trump signed Sunday would add $464 billion to the cost of the legislation — a pricetag Republicans such as McConnell say is too high. Senator Chris Murphy addressed the Senate and said withholding the $2,000 payment for Americans by comparing it to foreign aid in the bill, an argument many Republicans have made is inaccurate as the total foreign aid in the general budget wouldn’t account for 10 percent of the funds needed to provide Americans with direct checks of $2,000.

The Senate will remain in session this week to vote to override a veto on the annual defense policy, with a vote anticipated for Wednesday. Proponents of the $2,000 checks for Americans have said they will attempt to block Wednesday’s vote if McConnell does not allow a vote on the CASH Act in the senate.

After news the Senate blocked a vote on the stimulus increase, President Trump tweeted “Unless Republicans have a death wish, and it is also the right thing to do, they must approve the $2,000 payments ASAP. $600 is not enough.”