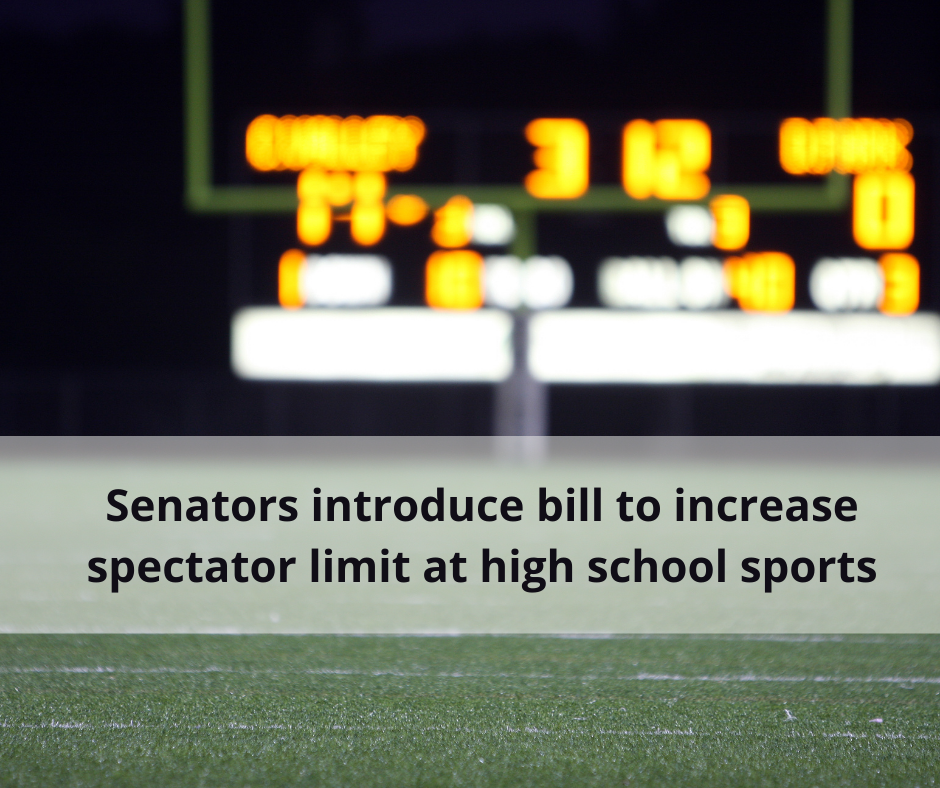 As football season across North Carolina gets into full swing, parents have voiced their concerns and frustrations over attendance limits that would essentially eliminate fans from filling the stands.

Senate Bill 116, called “Let Them Play and Let Us Watch,” was filed on Thursday by Senators Todd Johnson (R-Union), Vickie Swayer (R-Iredell), and Danny Earl Britt, Jr. (R-Robeson). Senator Kevin Corbin was one of the co-sponsors to introduce the bill into the senate. SB116 aims to increase the number of spectators allowed at outdoor sporting facilities at public and private high schools in North Carolina.

“I am proud to support the common-sense legislation to ensure that our athletes are able to not only participate in sports but that they can be cheered on by their friends and family,” said Senator Corbin.

According to Senator Corbin, the spectator capacity would not include athletes, employees of high schools, entertainers, or staff providing support for the event.

The proposal would not prohibit schools or school districts from implementing stricter access to events in the event that individual districts choose to take additional safety measures.

Earlier this week, NCHSAA Commissioner Que Tucker notified member schools that the association has been invited to meet with the N.C. Department of Health & Human Services to discuss outdoor spectator limitations as the current executive order ends this month.

Canton Mayor Zeb Smathers has been a proponent of increasing spectator limits saying that while safety is first, he believes that increasing fans can be accomplished in a safe manner.

“I think what is most important is for those moms, dads, and grandparents to be there to watch their athlete play,” said Smathers. “I have said it before — I don’t want COVID to take anything else from us and for so many, it has loved one, time with our families, and memories. I don’t want it to take away even more.”

I applaud Senator Corbin and all the other leaders — both elected and not — who have been vocal on behalf of these kids and I wholeheartedly want to see the limits increase,” said Smathers. “I trust our Governor and our local school leaders to come up with a way that both keeps us safe and allows those who should be watching the games be there.

Smathers hails from Haywood County, which is home to one of the biggest high school rivalries in the state. The Tuscola/Pisgah football game easily exceeds 13,000 attendees each year.

“It shouldn’t matter if you are a school with 13,000 fans or a small school— what should matter is that families get to be there to support their athletes, and I think we are able to do that and be safe at the same time.”

With a push from the NCHSAA and Republican Senators, Governor Roy Cooper announced on Thursday that he will be issuing a new executive order next week, which would possibly loosen restrictions on the number of spectators allowed at high school athletic events.

Gov. Cooper said that as NC data shows the state’s metrics regarding COVID19 are continuing to trend in the right direction, and vaccines are counting to be administered, the state is more optimistic about state restrictions than they were previously.

Senate Bill 116 was filed on Thursday and has a long journey before it could be considered for implementation.