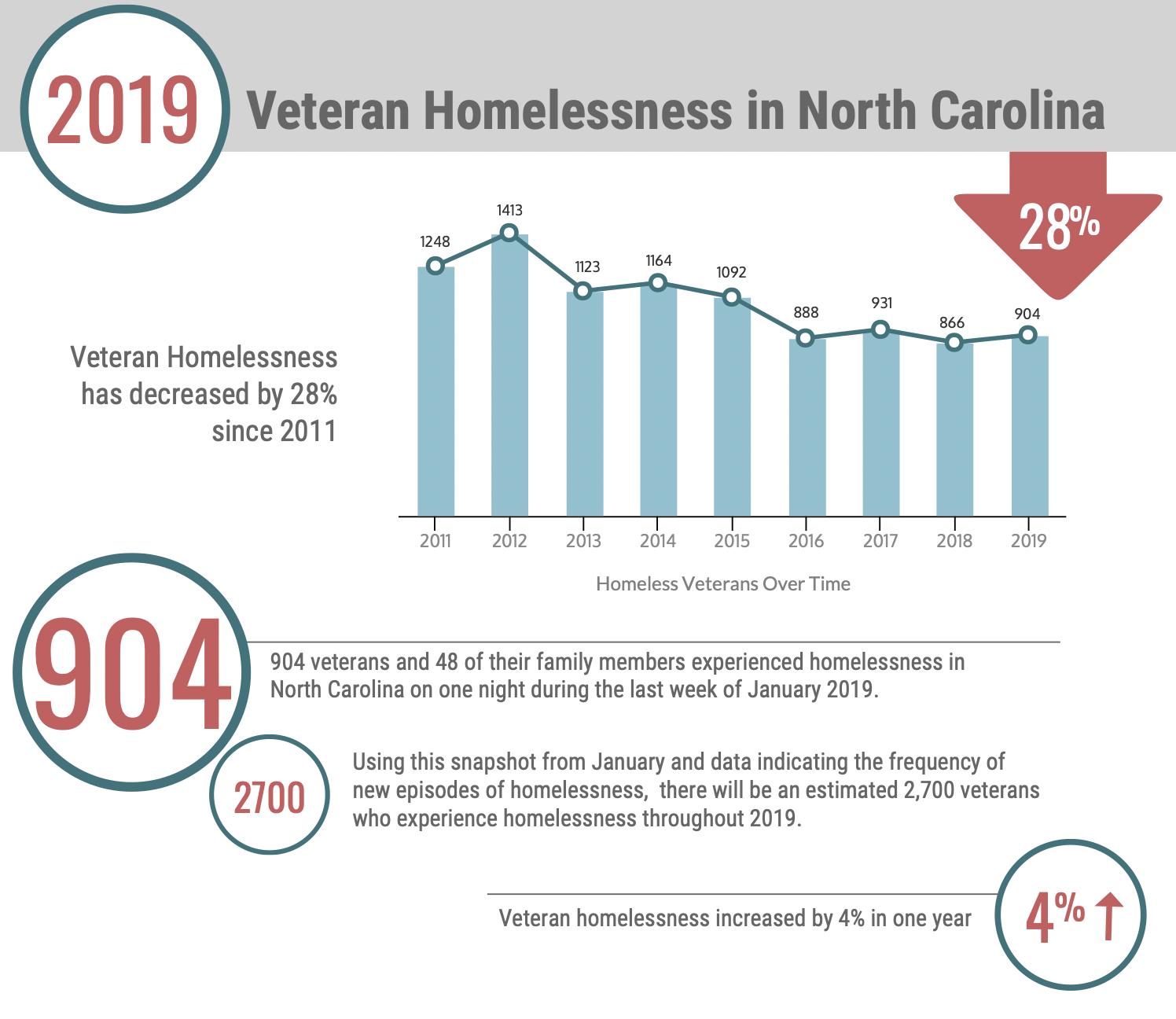 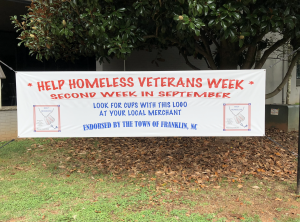 Collection jars asking for donations to support local homeless veterans can be found around Macon County and with a recent proclamation by the Franklin Town Council, additional awareness will be brought to the issue next week.

Last month, Franklin leaders proclaimed the week of September 5-11 as Help Homeless Veterans week to raise awareness surrounding the needs of veterans in need in our community.  The Town of Franklin has proclaimed the second week in September as Help Homeless Veterans Week since 2018. Organizer Ned Kraft, who serves as the President of the First Presbyterian Church Men’s Group, has spent the last 7 years raising money for the cause. Since Kraft and the Men’s Group first started in 2014, they have raised $34,000 for homeless veterans.

“Today, several members of our group are taking collection containers to 72 businesses in and around Franklin to get ready for next week,” said Kraft. “The money we collect will go directly to help homeless veterans in our community.” 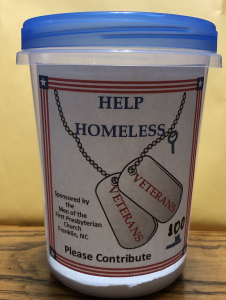 Asheville Buncombe Community Christian Ministry (ABCCM) which provides services to veterans in 74 North Carolina counties, including the westernmost part of the state. ABCCM provides 160 beds of transitional housing and 40 beds for emergency shelter* and 50 units of permanent supportive housing for a total of 250 beds.  Restoring lives is through four developmental phases called Steps to Success.  These include 1) Stabilization, with all the basic necessities provided; 2) Life Skills Training, with over 60 volunteer courses to choose from including Bible studies; 3) Education and Professional Training Certifications that lead to living wage jobs; and 4) Reintegration that leads to permanent housing. ABCCM reports that 8 out of 10 leave the program with a living wage job and permanent housing.

In 2019 alone, the ABCCM helped 18 veterans in Macon County with services such as transitional housing, transportation, food, or child care.

ABCCM is supported by more than 289 churches of all denominations in Western North Carolina counties. The organization provides emergency assistance to anyone in need. Veterans Restoration Quarters, a 246-bed facility in Asheville, houses homeless veterans for up to a year and teaches life skills.

The Point-in-Time (PIT) Count is an annual effort led by the U.S. Department of Housing and Urban Development (HUD) to estimate the number of Americans, including Veterans, without safe, stable housing. It is one of the tools used to assess progress each year toward VA’s priority goal of ending homelessness among Veterans. 37,085 veterans experienced homelessness in January 2019, compared to 37,878 in January 2018. In North Carolina, the number of homeless veterans for 2019 was about 1,000 people.

Last week, Russ Chambers, Commander of the North Carolina Chapter of the Veterans of Foreign Wars (VFW) announced the VFW joined the Care4Carolina Coalition in urging state leaders to expand Medicaid in order to better serve the men and women returning home after serving the country. Of the uninsured, there are an estimated 30,000 military veterans without health insurance and an additional 23,000 uninsured military spouses and children in North Carolina.

“Contrary to common belief, not all veterans receive healthcare from the Dept. of Veterans Affairs. Only an estimated 40 percent of all veterans are enrolled in the VA system,” says NC VFW Commander Russ Chambers. “North Carolina has always been a state which takes great pride in caring for our active duty and veteran citizens. It is time for the N.C. General Assembly to continue that tradition and close the coverage gap for our brave men and women who served our state and country.”

Only an estimated 40 percent of all veterans are enrolled in the VA system. Eligibility for VA care is dependent on service duration, discharge, and disability, leaving many veterans uninsured and unable to get the care they need even after fulfilling their military commitment.

Many military veterans, especially those in NC’s rural counties, face significant barriers to accessing healthcare services. For veterans enrolled in the VA, long drive times to the nearest VA clinic present a substantial burden. Veterans residing in rural areas tend to be older and have more complicated health needs; traveling long distances to receive care is simply unfeasible for this population. The difficulties in securing health care for veterans is one of the top contributing factors to homelessness.

“Veterans trust in the N.C. General Assembly’s commitment to supporting our communities and respectfully ask that the state legislature take advantage of the opportunity before us to close the coverage gap—not only for veterans, but for their family members, children and neighbors so they can access the care they need,” said Commander Chambers.

The annual Smoky Mountain Veteran Stand Down event is scheduled for Thursday, September 16 from 9 a.m. to 2 p.m. at the Robert C. Carpenter Community Building. The event is geared toward helping veterans in Cherokee, Clay, Graham, Haywood, Jackson, Macon, and Swain Counties. Holbrooks said that the event is currently scheduled to occur in-person, however due to COVID19 concerns, that could change.

The event brings dozens of services in one location for veterans to quickly and easily access things they need. This year’s event will feature haircuts, dental screenings, medical assistance, education opportunities, employment resources, veteran benefits information, legal searches, housing, mental health services, and so much more. Lunch will be provided for veterans who attend.