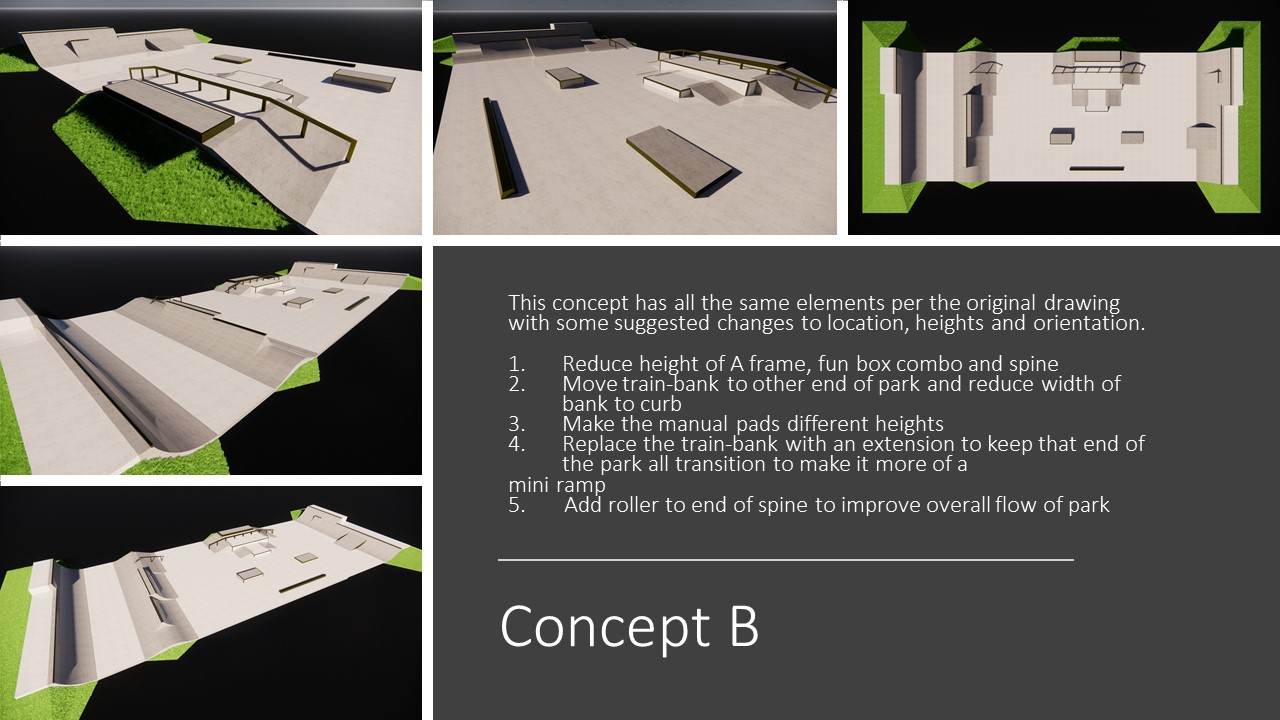 By Brittney Lofthouse on January 5, 2022

During the first meeting of 2022, members of the Franklin Town Council unanimously approved the design concept of the future skatepark that will be located on the Whitmire Property in town.

In September, the council voted to place the skatepark on the Whitmire Property in town which is located at the corner of the Highlands Road and Main Street and is currently home to the Sunnyside Disc Golf Course. After walking the property, town leaders voted unanimously to move forward with plans to construct the new 6,000 square foot skate park on the corner of the property.

With a location selected for the future public skatepark, the town of Franklin approved $15,000 to hire a design firm to determine the layout of the park. With input from local skateboarders, two design concepts were presented for consideration Monday night.

The town voted to approve concept B, which was developed by the design firm to incorporate plans from skateboarders, while also taking safety and feasibility into account.

With the design layout finalized, the next step is to look at funding and costs for the project. The skate park will be constructed as a public private partnership project, with funding from the town of Franklin, funding raised from the community, and funding from JE Dunn Construction. JE Dunn Construction was originally hired by HCA Healthcare to build the new Angel Medical Center in Franklin, but after learning of the public’s desire to see a skate park developed in Franklin, Project Superintendent Steve Suttles told members of the town council in June 2021 that the company was willing to volunteer to make the park a reality. The entire project has an estimate for the cost of materials for the project to be around $100,000, with much of the time and labor for the project being donated from HCA and JE Dunn partners.

JE Dunn said Monday night that now that the design is finalized a price will be determined, letting the town have a realistic figure of how much money needs to be raised or contributed by the town to complete the park. JE Dunn said they hope to begin construction of the park in April — finishing the skatepark by the same time they finish the new hospital.