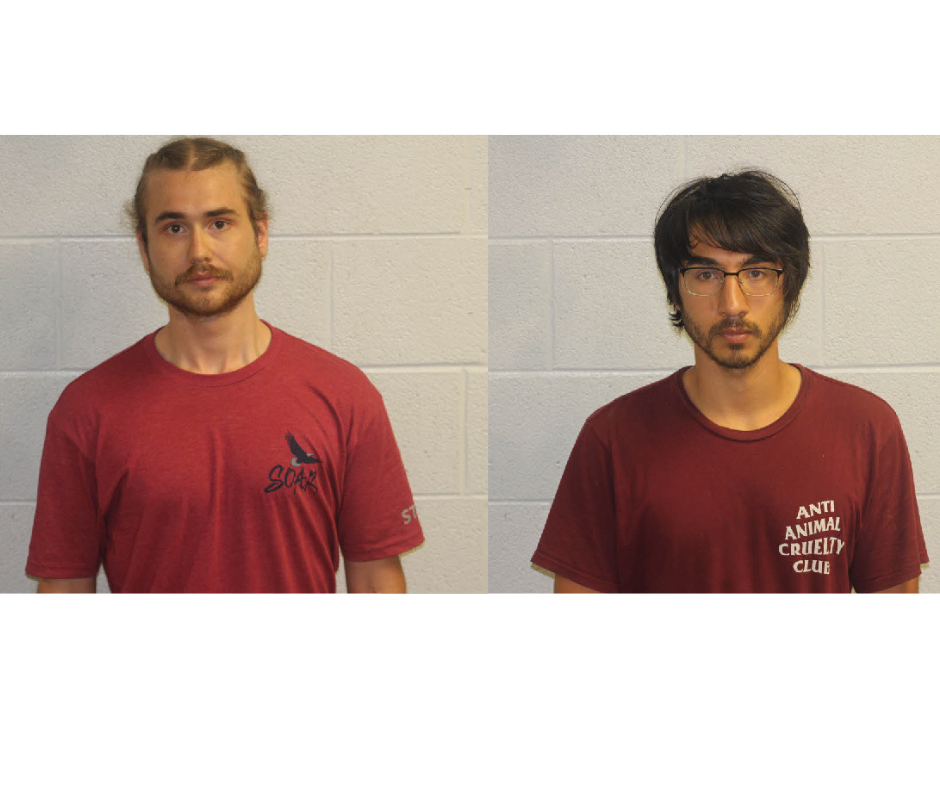 During the evening hours of Wednesday, June 22, 2022, at approximately 10:00pm the Jackson County Sheriff’s Office began an investigation into a threat involving a mass shooting made to SOAR, a school located in Jackson County that provides summer camps, academy learning, and GAP year curriculum to a variety of age groups of children and young adults.

The threats were made by two recently dismissed employees in a group text conversation using a social media platform. The Jackson County Sheriff’s Office was alerted by SOAR staff members after they learned of the messages.

SOAR administrators implemented their safety protocols while deputies investigated the threats.  One suspect, Nicholas Selby, was arrested by deputies a short time after the initial report while he was still in the area of the SOAR properties on Rosemont Road in Jackson County.  The second suspect, Robert Ryan, was arrested by Haywood County Sheriff’s Office deputies a few hours later on Thursday, June 23, 2022 after being located in the Maggie Valley area of Haywood County.  Both suspects were arrested without incident.  No weapons were located during the arrests of the suspects.

Robert Ryan, age 21, is charged with communicating a threat of mass violence to an educational property.  Ryan was also charged with possession of a schedule VI controlled substance related to his arrest in Haywood County.

Selby and Ryan both provided an Austin, Texas address at the time of their arrest.

Both are currently held in the Jackson County Detention Center with no bond.