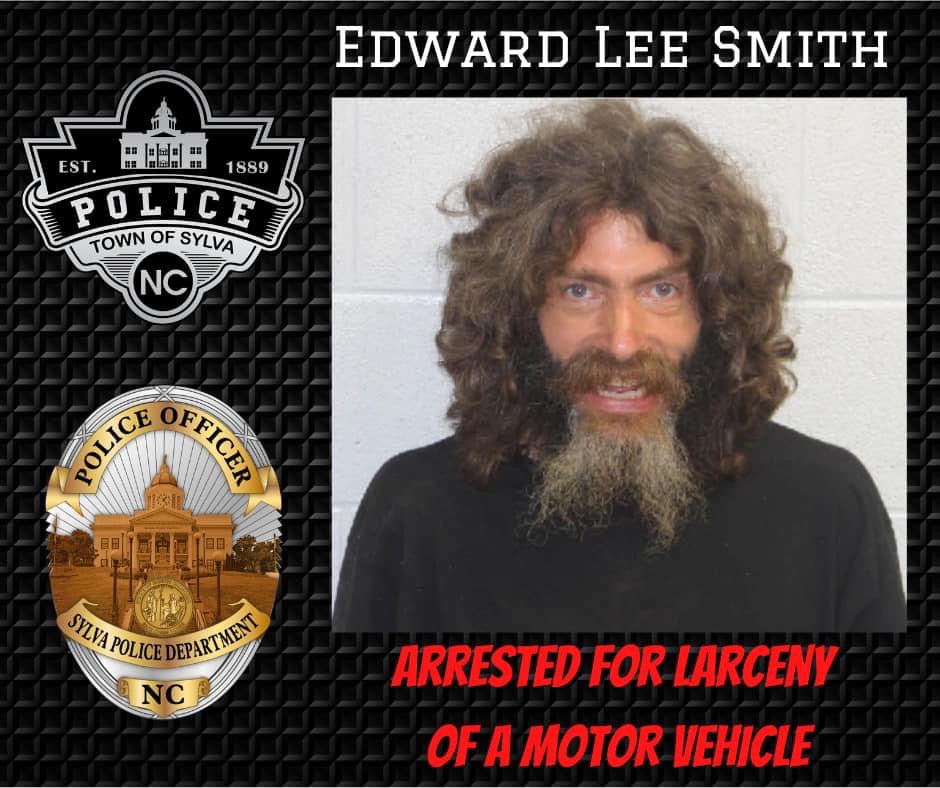 On Wednesday, September 7, 2022, at 8:50am, a resident of Cowan Street reported their Lexus stolen for the residence. The Sylva Police Department immediately began investigating this crime.

The results of this investigation:

On Thursday, September 8, 2022, Sylva Police Officers located the stolen vehicle in the area of Harris Regional Hospital. The vehicle was returned to it’s owner.

By Friday, September 9, 2022, the suspect had been identified as Edward Lee Smith and Mr. Smith was arrested by Sylva Police Patrol Lieutenant Bruce Moore on West Main Street. Mr. Smith was charged with stealing the vehicle.

Mr. Smith was lodged in the Jackson County Jail under a $10,000 secured bond.

“It’s very rewarding to find someone’s stolen property and be able to return it the next day. It’s even better when we are able to tell them who’s responsible and that they are in jail for taking their property. I am proud of our officer’s work during this investigation.” – Chris Hatton, Chief of Police