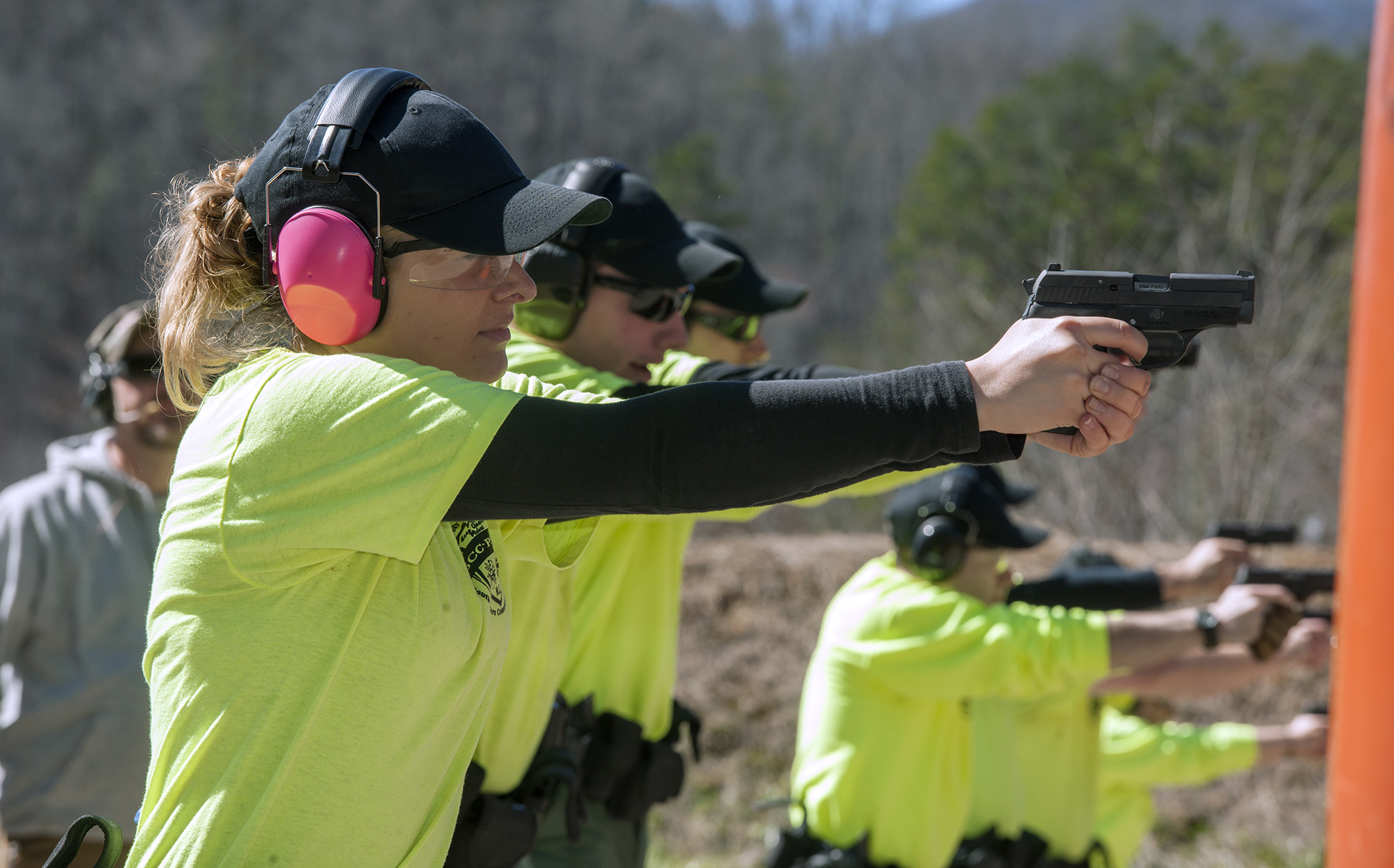 The process took time and involved multiple rounds of testing, mitigation and enhancements, but the ultimate result has been an environmental success story.

Surface water sampling conducted prior to the beginning of the remediation process detected lead concentrations at over 20 times the state standard. The most-recent round of testing, conducted following the remediation activities, revealed that out of every one billion drops of water, just 3.2 drops contain lead. The state standard is 25 drops of lead per one billion drops of water.

Plus, ECS Southeast, LLP – the company SCC contracted to oversee the soil remediation project – received rare and high praise from state officials for its work at the college’s firing range.

“This project stands out because the NCDEQ really praised the cooperation of SCC and the work we did at ECS. You don’t hear that often,” said James Bevers, the environmental staff project manager from ECS Southeast, LLP. “One of the keys to this being successful is we had full and open communication from all parties: SCC, NCDEQ, ourselves and Jackson County. We all made sure we were on the same page, and SCC’s leaders always emphasized that they wanted us to follow the guidance of NCDEQ.”

Sampling of the nearby Tuckasegee River, where surface water from the firing range discharges to, did not detect lead prior to the beginning of the remediation process.

In addition, groundwater sampling conducted in the vicinity of the firing range detected lead at concentrations at approximately one third or less of the state standards.

New steps have been taken to minimize future environmental impact, and testing is ongoing.

“From the beginning, we have relied on the experts at our state’s top environmental agency to help us determine next steps,” said Dr. Don Tomas, SCC President. “We are thankful to our friends at NCDEQ and ECS Southeast for their insight and hard work, and I’m personally very pleased to know that ECS Southeast was nominated for the 2021 Engineering Excellence Awards through the American Council of Engineering Companies of North Carolina.

“I also want to thank the Jackson County Board of Commissioners for their support as we brought our firing range into compliance with state standards,” Dr. Tomas said.

The total clean-up cost to date has been $496,000, and another $370,466 has been set aside for enhancements and best practices for maintaining an outdoor firing range based on recommendations from DEQ and ECS Southeast.

For more information about SCC and the programs it offers, visit www.SouthwesternCC.edu.

For more than 50 years, Southwestern Community College has served Jackson, Macon, Swain Counties, and the Qualla Boundary by offering a wide range of educational options for residents in all stages of life.  SCC has been ranked No. 1 by Bestcolleges.com in its listing of “The Best Community Colleges & Trade Schools of 2020,” marking the fourth time in the past 15 years Southwestern has ranked among the nation’s Top 10 community colleges. SCC provides a supportive learning environment and more than 40 degree programs in Health Sciences, Arts and Sciences/College Transfer and Career Technologies.  SCC also offers a variety of community resources, including the Small Business Center, Workforce Continuing Education and Career Services.