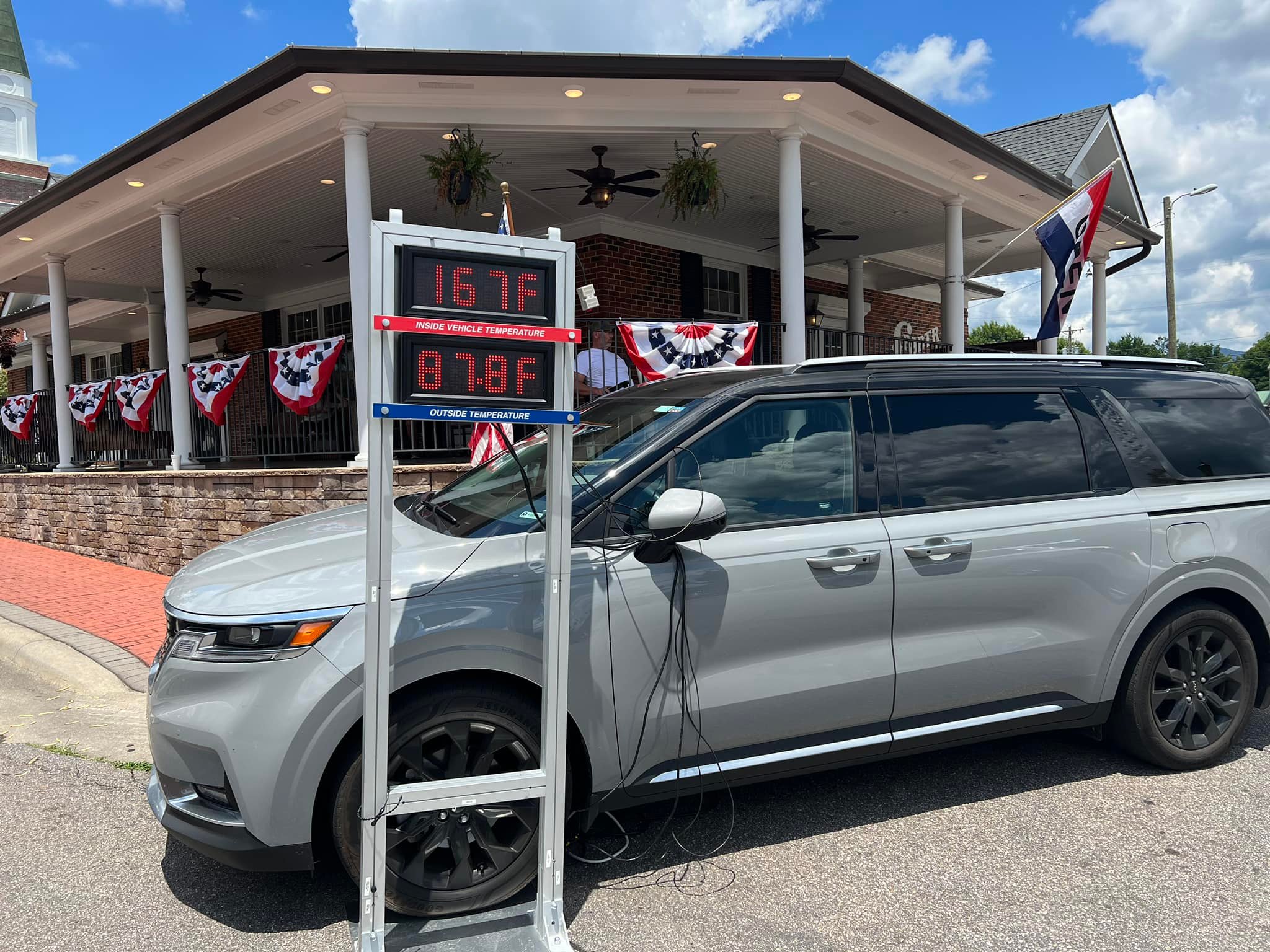 After just three hours on Monday, July 4th in downtown Franklin, the hot car display hosted by Safe Kids Macon County and the Rotary Club of Franklin as part of the Summer Safety Station showed the temperature inside the van was 167 degrees — nearly double the outside temperature which was 87.8 degrees.

Since May, there have been 10 children in the United States who have died as a result of being left alone in a hot car. Those children ranged in ages from just eight months old to five years old with deaths occurring in North Carolina, Georgia, Virginia, Georgia, Texas, Tennessee, Alabama, and Pennsylvania.

About 38 children die each year from vehicular heatstroke, according to KidsAndCars.org and NoHeatStroke.org. Heatstroke is the leading cause of death in vehicles (excluding crashes) for those 14 and younger.

It’s never safe to leave a child unattended in a vehicle. Even with the windows cracked or the vehicle parked in the shade, the interior temperatures within the car can reach dangerous levels in a short period of time.

Even on days with mild temperatures, the heat inside a closed vehicle can reach dangerous levels within an hour, posing major health risks to small children or pets left inside, Consumer Reports says.

Sgt. Lofthouse said that Safe Kids sets up hot car displays a couple of times a year to demonstrate the dangers of the temperatures inside of a vehicle for both children and pets.

The National Highway Traffic Safety Administration has warned that on a 60° F day—something akin to spring weather—the temperature inside a vehicle can reach a dangerous 110° F over the course of several hours.

The danger from high temperatures is particularly acute for young children because their bodies heat up three to five times faster than adult bodies, according to the American Academy of Pediatrics (AAP).