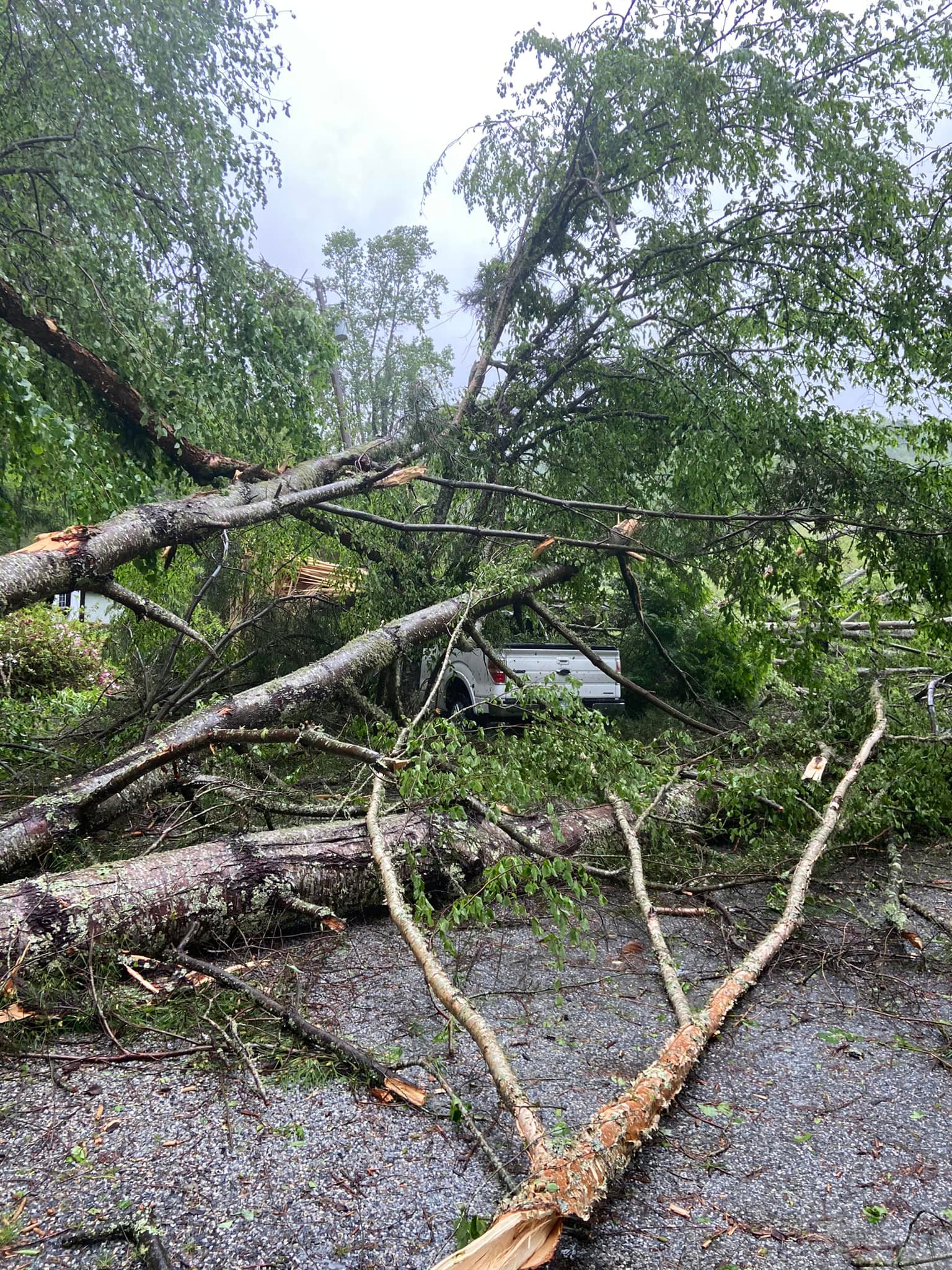 It may have only lated for three minutes, but a the trail of destruction the category EF-1 tornado left across Swain County destroyed homes and turned lives upside town.

The National Weather Service has confirmed an EF-1 tornado touched down just north of Bryson City, North Carolina, on Friday evening with winds up to 95 miles per hour at their peak. The tornado’s path was .4 miles with a width of 50 yards.

“Eyewitnesses reported observations consistent with a tornado, and timing and location of damage corresponded with a weak rotational feature on radar,” a survey summary from the NWS said.

The NWS reported that there were three homes were damaged by the tornado, including damage to roofs, siding, and doors. Downed trees caused widespread power outages and one home reportedly had a large part of its roof torn off during the storm. The home located on West Deep Creek Road received the most damaged. Thankfully, there were no injuries reported.

According to the Folkestone Inn Bed and Breakfast in Bryson, the Inn  only sustained minor damage, but the grounds and the entire surrounding deep creek area was tore up, prompting them to close temporarily for repairs.

“As a result and for the safety of our guests we have decided to close the Inn this week for the extensive cleanup,” the Inn posted on Facebook. “We anticipate reopening next week most likely Monday 16th. We are thankful there were no injuries or loss of life . We would like to thank the Bryson City fire and rescue team and the Sheriffs office for their quick response, and The Everett Hotel for accommodating our guests that were staying here when this happened. Also, a big thanks to all of our neighbors for their care and support. And lastly, we want to give a huge thank you to Michael Parris and his team at Treebusters. Their quick response and expert tree work has been a godsend. Don’t know where we would be without them.”

Over 60 severe thunderstorm warnings and about a dozen tornado warnings came up throughout the day on Friday and in addition to the Bryson City tornado, there was also a tornado to touch down in Orange County. The tornado damage to northwestern Orange County was over a path of 3.6 miles that was 400 yards wide. A tornado was reported in Rockingham County that touched down at 7:44 p.m. Friday a couple of miles southwest of the community of Wentworth and traveled for 7.9 miles after lifting at 7:57 p.m. near Reidsville. Despite estimated peak winds of 110 miles per hour, no injuries or deaths occurred.