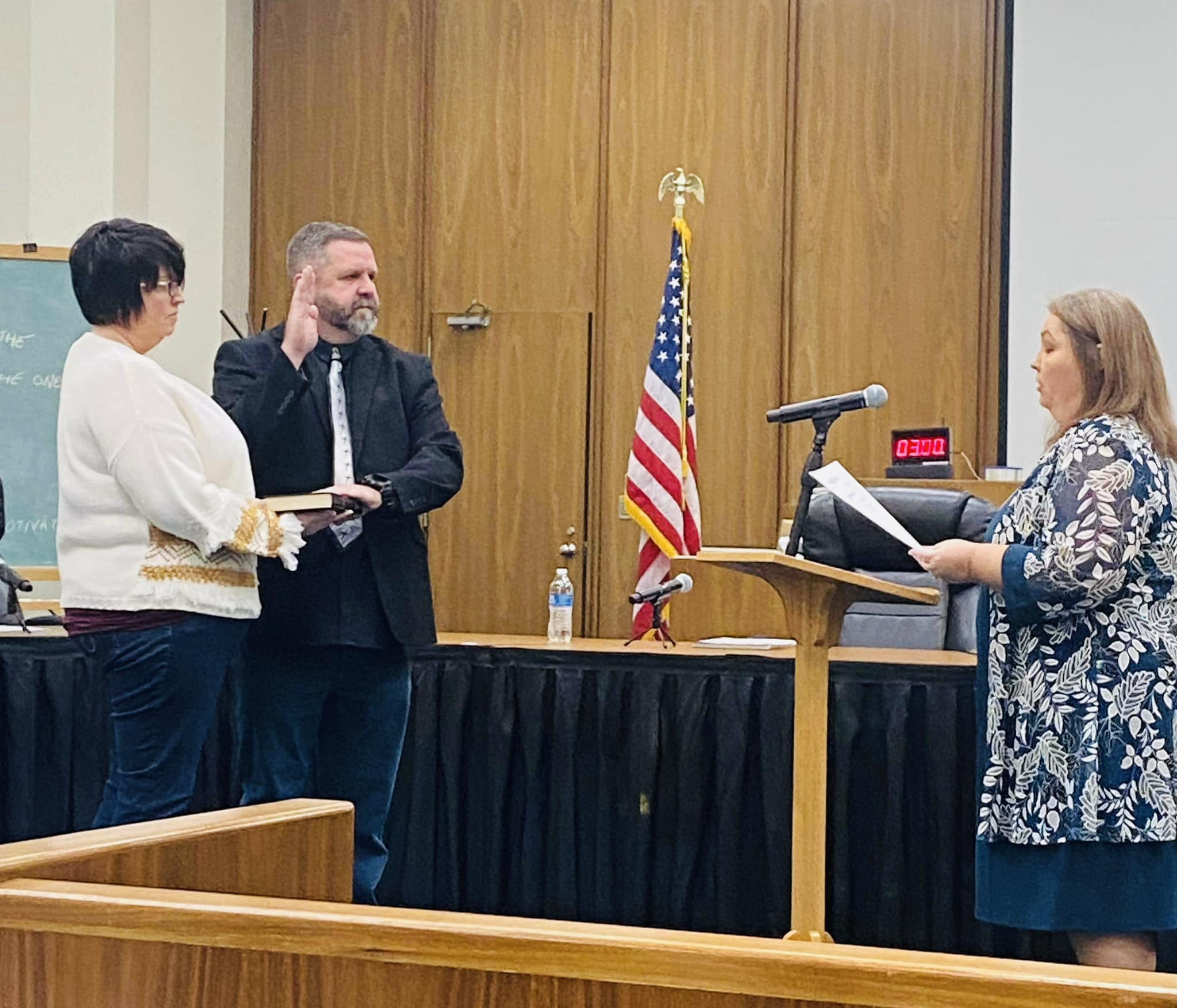 Standing with his wife by his side, Swain’s County newly elected Chairman of the Swain County Board of Commissioners, Kevin Seagle was sworn in by Misti Jones, Swain County Clerk of Superior Court at last week’s board meeting.

Next, new Commissioners Philip Carson, Sr. and David Loftis took their oath of office as executed by Jones. In addition, Jones swore in Billy Dills and Patrick Breedlove as Swain Soil and Water Conservation District Supervisors.

Following the oaths of office, commissioners acted on their first business as a new board unanimously electing Roger Parsons as Vice-Chair of the board. Parsons has previously served as the vice-chair and will serve again in this position for the next year.

With a 3 to 2 vote, the board passed a meeting date resolution with changes to the meeting schedule. The board of commissioners voted to meet twice a month on the Tuesdays rather the Thursdays. The board will meet for a work session on the first Tuesday of each month at 10:00 a.m. The new work sessions will give the board the opportunity to discuss any pertinent information prior to the regular meeting sessions which will be held on the third Tuesday of the month at 5:30 p.m. Commissioners hope the extra meeting will help them make more informed decisions after having all the meeting information to look at for two weeks.

Both meetings will be held at the Swain County Administration Building located at 50 Main Street, Bryson City. The board voted to allow public sessions at both meetings hoping the addition of the morning time will give residents who may not be able to attend a night meeting an additional opportunity to address the board.

The work sessions will be strictly a working meeting with no vote taken. County employees, managers and commissioners will give their reports at the work session meetings.

Two members expressed their concern that they would not be able to make it to the Tuesday day meeting during the summer because of work demands. The county manager told the board that the meeting time or date can be switched in the summer if necessary. The board is only required to have one meeting a month by the state.

Last week’s meeting will be the final meeting of the board until the new year. The next meeting of the Swain County Commissioners will be a work session on Tuesday, January 3, 2023 at 10:00 a.m.