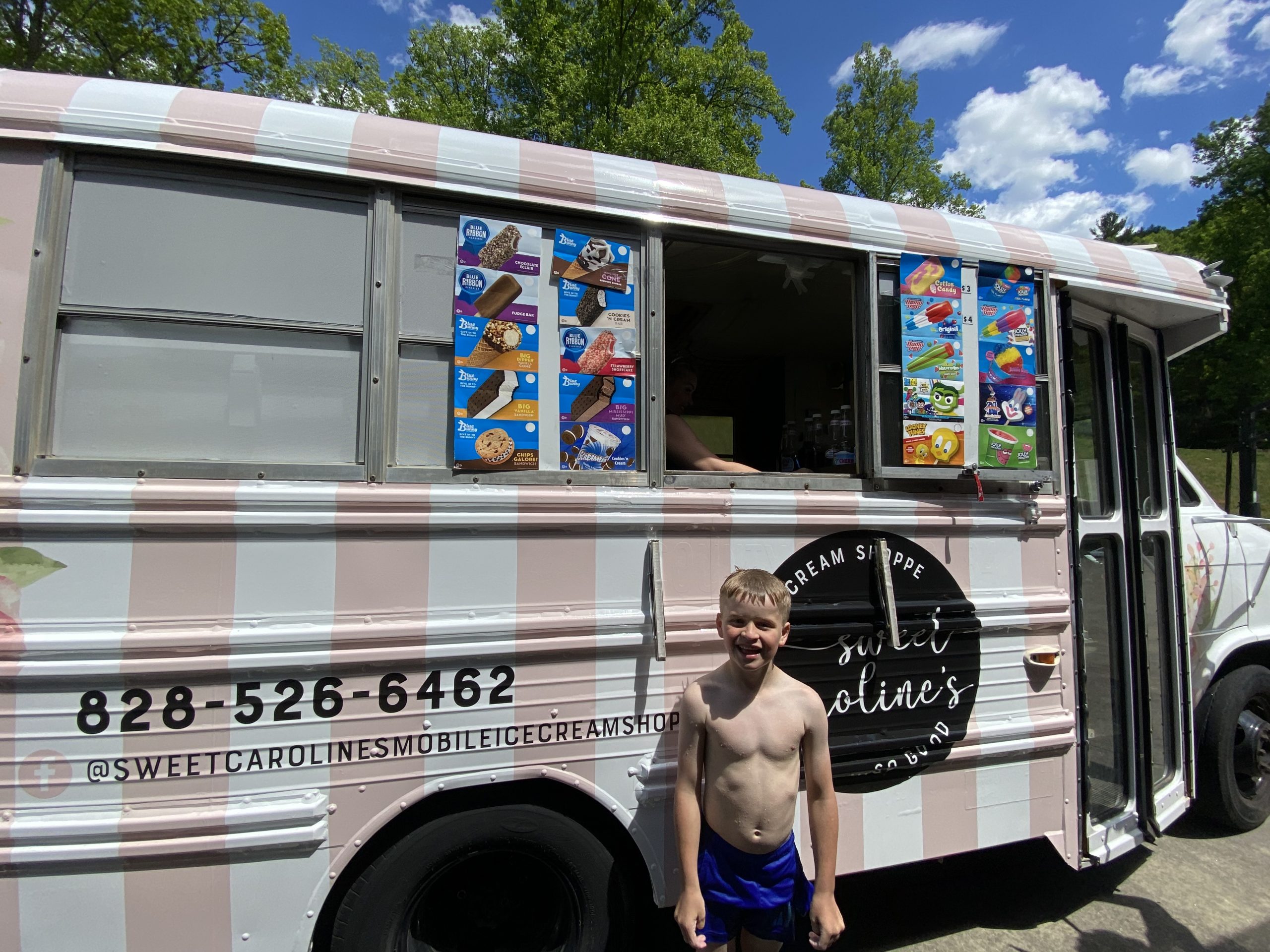 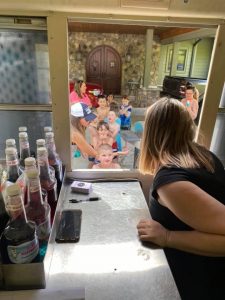 Over the weekend we celebrated my oldest son’s eighth birthday and being the “over-the-top, extra” parent that I am — I was looking for the perfect addition to make his pool party a little sweeter — I found all of that and MORE in Sweet Caroline’s Mobile Ice Cream Shoppe!

The kids were pumped, many of which made it a point to say they had never seen an ice cream truck before, and despite having all the pizza you can eat, a pool party, a slumber party with an air hockey table… Turner said that his favorite part of his birthday weekend was having his very own ice cream truck.

While it may have been the first time the kids saw an ice cream truck, it certainly won’t be the last. Whitley, a single mom of four kids herself, ages 15 to four months, started the business to bring a new option to Franklin while healing from her own trauma. 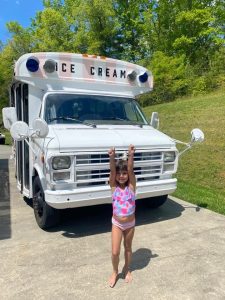 needed to find a place to seek refuge and start over,” said Whitley. “My parents lived in Franklin so we packed a bag each and off we went. I had no idea what I would do to provide for my family or how we would get back on our feet but I knew we deserved better. I left a career in the professional sports-car racing industry after 19 years with too much travel because I wanted to be home with my children more.”

Whitley said something she once joked about turned into reality when the ice cream truck came to be.

“I used to joke that my dream job would be to retire as a little old lady and hand out ice cream around town and just deliver smiles,” Whitley “For years now I have joked about this, until two months ago I thought “why not now?!” I started researching and realized my dream didn’t actually have to wait until retirement!” 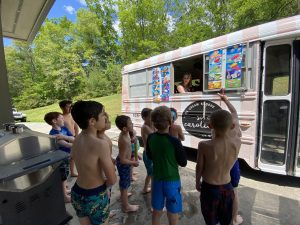 Whitley said the vision for her bus, which she has affectionately named Maggie, is to not just be the coolest new dessert spot in town but to also be a safe space for those who need it.

“My vision is for Maggie is first and foremost to be seen as a place of refuge for anyone struggling in a bad home life situation,” said Whitley. “I want to be known for being a place men or women can come to find what resources they have to help get them into a safer home situation. I want them to know they are not alone and someone is here to help them. Most people stay in these situations because so much fear has been placed in them surrounding leaving and by shame from others who may judge. Fear and shame keep them from speaking up. I am here to tell them it’s possible to get out and it’s possible to become healthy and successful after abuse. I want to encourage others to break their silence.”

The reaction she gets when pulling up to a park, party, or playground, makes all the hardworking worth it.

“I just want to fill my life with joy,” said Whitley. “I absolutely love that I get to be 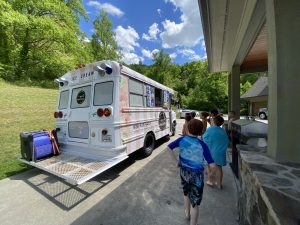 the one delivering squeals of joy everywhere I go! The feedback has been OVERWHELMING wonderful! I have never been a part of a smaller town before and I have just fallen in love. The people are amazing and this support at times leaves me speechless.”

As much of a business as Sweet Caroline’s Mobile Ice Cream Shoppe is, Whitley also wants it to be a community staple, something other groups can partner with to have a positive impact. 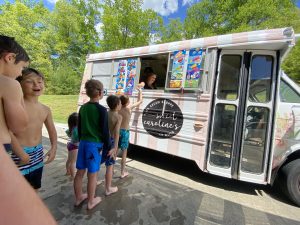 “Due to my abuse,I have what is called Complex PTSD. it affects my everyday life on many levels and has led me to have endless compassion for others suffering from various mental illnesses,” said Whitley. “One cause very close to my heart is suicide and emphasis on veteran suicide. I keep a purple domestic violence ribbon on the back of my bus to promote ending domestic violence as well as a teal ribbon that has “22” and the “;” which stand for the fact we lose 22 veterans to suicide every day and the semicolon represents that their sentence/story is not over and to keep fighting. I support two local causes that I will continually do fundraisers to help promote… one is REACH because they have been so instrumental in helping me get back on my feet when I arrived to Franklin last October. The other is The Special Liberty Project also based in Franklin. They offer special retreats here locally for Gold Star Wives (military spouses who have lost their spouses by combat or suicide).”

To learn more about Sweet Caroline’s Mobile Ice Cream Shoppe, visit their Facebook Page, where they post their schedule and announce where they will be next!