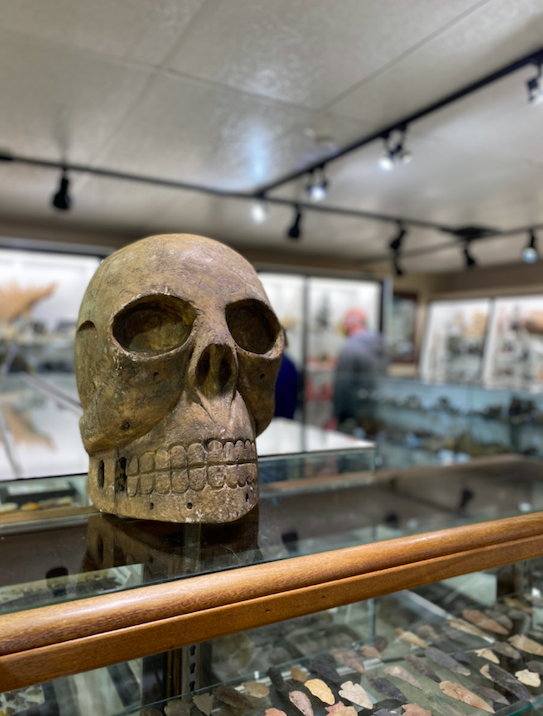 The Inside Scoop: When shrunken heads, hippo teeth, and glow-in-the dark rocks are just the beginning 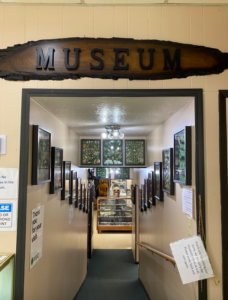 Tucked away at the very beginning of Main Street in Franklin sits the Ruby City Gems and Minerals, NC’s largest Gem Mineral & Jewelry Store. While the shop is reason enough for a visit, their free museum is something many may not know about and the perfect way to spend an afternoon.

Ruby City Gems & Minerals has one of the largest collections of gems, minerals, Native American, and pre-Columbian collections in the world. The museum has been built over generations and has culminated into a unique, once-in-a-lifetime experience located right on Main Street in Macon County.

The museum at Ruby City was a labor of love for store owner Ernest Klatt — who needed a home for his collection of treasures amassed during decades of adventurous travels. Ernest, who passed away in 1998 claimed Franklin as his home in 1954 while searching for cooler weather than what he and his bride Violet had grown used to in Florida.

Once the Klatt’s settled in Franklin, they met Ellis Soper, a chemical engineer and 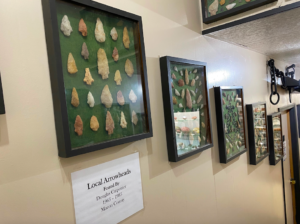 world traveler who had accumulated a large collection of minerals, gemstones and artifacts. Being a person who loved nature he became interested in Earth Sciences. Ernest quickly fell in love with Ellis Sopers’ collection and purchased it. It was this collection that formed the beginning of his gem shop and museum, which he named Ruby City Gems.

Ernest first displayed his wonders in a room in his family’s Franklin-area motel in the early 1960s — but after the collection proved so popular he eventually eclipsed the motel and spawned a full-time gemstone business and museum.

Many of the original pieces from Ellis Soper’s collection are still on display at the museum today. The legacy that Ernest started with Ellis Soper has continued to grow and expand with years of collecting, buying, trading, and accepting private donations, with the collection being passed down and currently in the care of store owner and Ernest’s grandson, Kevin Klatt and his wife Jennifer. 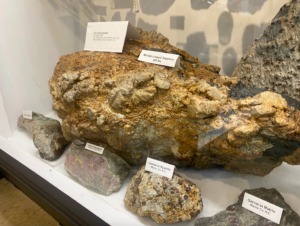 From dinosaur bones to the tooth of a hippo, the museum collection at Ruby City is so much more than just gemstones and minerals.

“My favorite pieces would have to be the 385-pound sapphire that was found between here and Clay County,” Kevin said. “An Indian who went by the name Johnny Dollar found it and donated it to the museum and all he wanted in return was a chunk of it to remember his find. His family has been in to see the sapphire and have told us that the tales of his grandfather and the sapphire he found in these mountains are a favorite family tradition.” 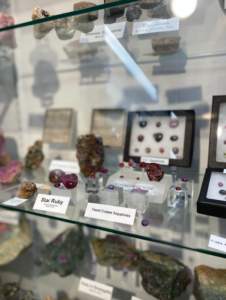 mineral specimens, including fluorescent (glow-in-the-dark) pieces, fossils dating to millions of years old, petrified wood from all over the world, REAL ivory carvings from the Orient, an expansive Native American collection of pipes, tools, and other daily artifacts, and one of the largest, private pre-Columbian collections in the world.

The collection has ancient artifacts from all over the world while also paying special tribute to local wonders. The walls leading into the museum are lined with arrowheads, all native to Macon County, that predate the times of European settlers to the region — telling the tale of the county’s history all in the evolution of Native American tools. 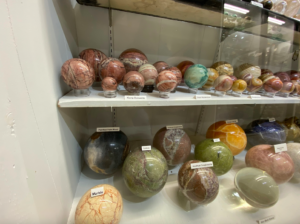 Jennifer Klatt said her favorite exhibit in the museum is hard to pin down, but one of the most interesting is the sphere collection. Ernest Klatt created this “gem” of a collection of perfectly formed spheres for everyone to enjoy. Ernest wanted to form a sphere — a perfectly symmetrical geometrical object — out of every material known to man — and his work is on display for all to enjoy.  There are two ceiling to floor cases full of these beauties and must be seen in person to fully appreciate the time and skill put into each piece. 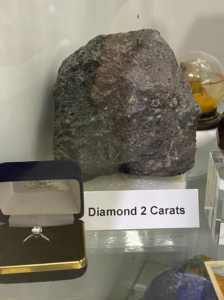 pre-Columbian artifacts you can’t find anywhere else, Ruby City Gems & Mineral Museum is the perfect way to spend an afternoon.