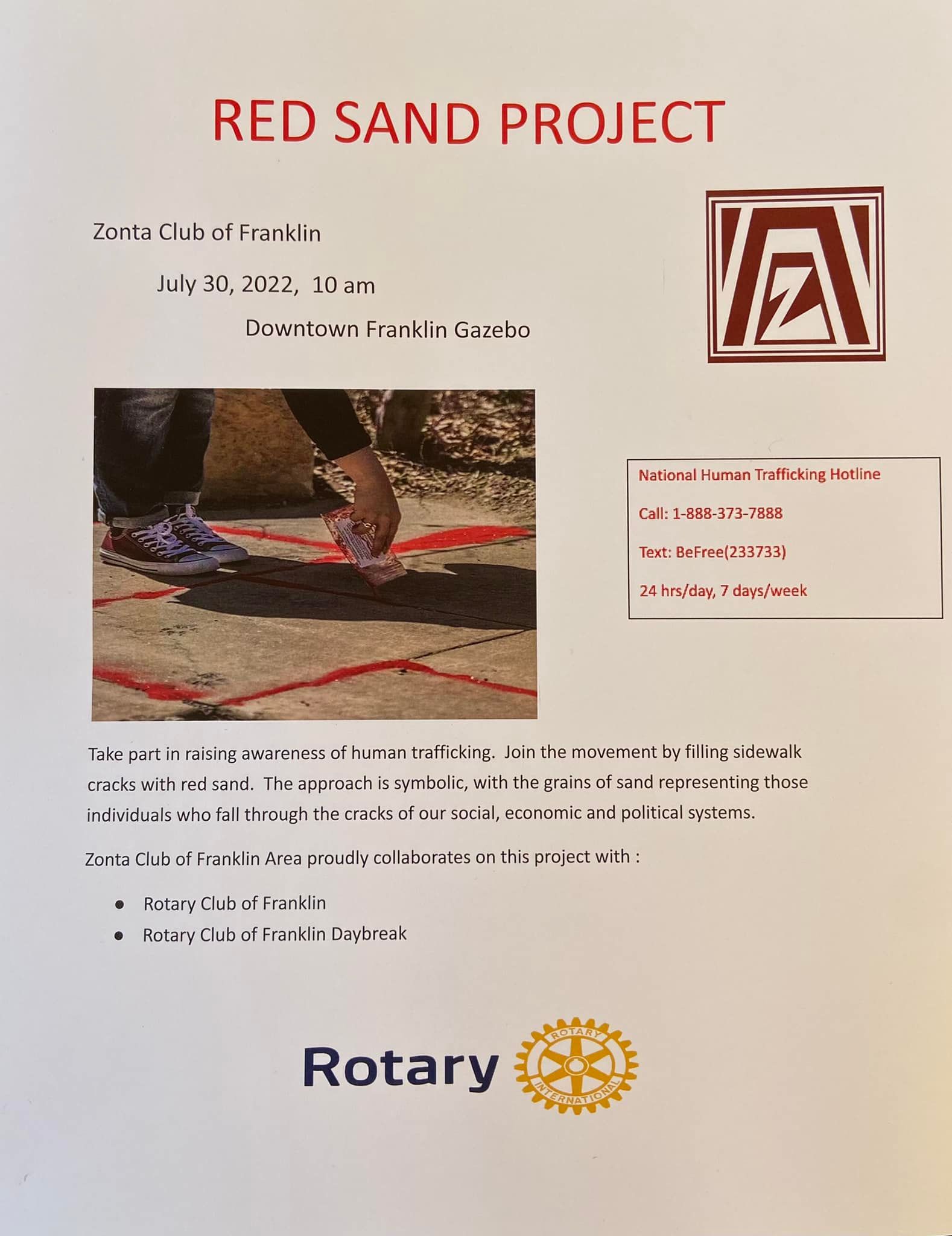 The Red Sand Project is an interactive art exhibition designed to bring awareness, recognize and help to end human trafficking. The red sand in the sidewalk installations is created to show how human trafficking survivors have fallen in the cracks in society.

Human trafficking is one of the fastest-growing crimes in the United States. The prevalence of human trafficking in North Carolina is due to many factors, including the major highways that run through the state (40, 85, and 95), a large, transient military population surrounded by sexually oriented businesses, numerous rural agricultural areas with a high demand for cheap labor, and an increasing number of gangs.

Anyone can be a victim of human trafficking, however, some groups are more vulnerable due to risk factors and are targeted by traffickers. Risk factors include recent migration or relocation, substance use, mental health concerns, involvement with the child welfare system, and/or being a runaway or homeless youth.

Local Rotary Clubs along with the Zonta Club of Franklin will gather at the downtown Franklin Gazebo at 10 a.m. on July 30. The public is invited to take part in the event to help raise awareness of human trafficking.