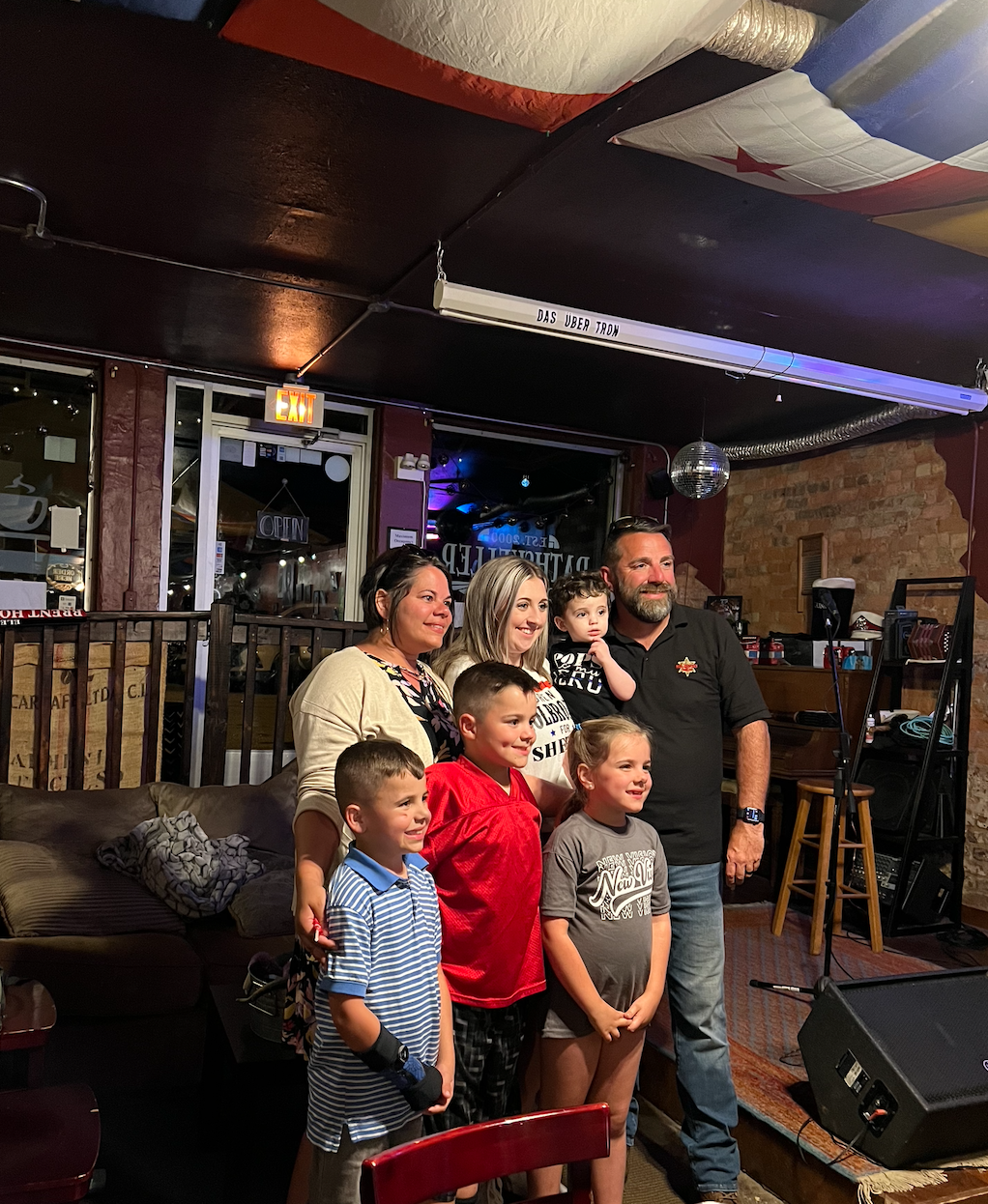 There is a new Sheriff in town; Rep. Cawthorn loses re-election bid

Brent Holbrooks was surrounded by family and friends at the Rathskeller in Franklin Tuesday night when the final precinct in Macon County reported voting totals for the 2022 Primary Election. Holbrooks, who has worked in law enforcement for over 20 years, trailed Dereck Jones for most of the nights as results began to roll into the Macon County Board of Elections Office.

The two candidates, along with Clay Bryson, all currently work for the Macon County Sheriff’s Office and announced their intent to run for Sheriff after Sheriff Robert Holland announced his retirement. Holbrooks trailed Jones by 128 votes after Early Voting results were published just after 7:30 p.m. Just before 9 p.m. with half of Macon County’s 15 precinct’s reporting results, Holbrooks trailed Jones 1939 to 1904 votes. Holbrooks took the lead just after 9 p.m. with 2,201 votes to Jones 2,163 and just two precincts, Union and Highlands, left to report results.

Bryson, the third employee of the Macon County Sheriff’s Office to run was the third top-vote getter with 1,123 votes. Chris Browning and Bob Cook, one a small business owner and the other a retired law enforcement officer from Florida, each received around 10 percent of voters cast with 793 and 732 respectively.

While the Macon County Sheriff Race was decided Tuesday night, the other winners of the primary will go on to face challengers in the opposite political party. Shawna Thun Lamb was the top vote-getter in the Macon County Clerk of Superior Court Republican Primary with 2,820 votes. Th either two candidates in the race, Justin Stamey and Mike Trammel received 2,579 and 1,612 votes respectively. Lamb will now head into the November election against Democratic challenger Dinah Mashburn.

The Macon County Board of Commission races featured three seats, one in District I and two in District II. In District I, John Shearl secured the Republican nominee with 4,046 —58.61 percent. Shearl will now go to the November General Election where he will face off against Jerry Moore, a Highlands resident who will appear on the ballot as an Independent candidate. If Shearl is elected, it would be the first time in decades that the District I representative of Macon County did not reside within the Highlands township.

Macon County Board of Commissioner District II had two seats up for grabs with political newcomer Danny Antoine receiving 3,899 votes and serving as the top-vote getter for the Republican nominee.  Incumbent Gary Shields received 3,057 votes, which accounted for 27.18 percent of the vote. While Shields was the second top-vote getter for the seat, because he failed to receive 30 percent of the vote, the third-highest vote-getter, Danny Reitmeier, who received 14.76 percent of the votes, could request a runoff election to challenge Shields. If Reitmeier does not request a run-off, Antoine and Shields will move on to the November ballot to face off against Democratic Challengers Incumbent Ronnie Beale and Betty Cloer Wallace. The top two vote-getters amongst the final four candidates will be elected to the Macon County Board of Commissioners.

While Macon County voters cast the majority of ballots to NC House of Representative District 11 Incumbent Madison Cawthorn, Cawthorn, who said it was impossible for an incumbent to lose a re-election bid, lost the Republican nomination in the district to NC State Senator Chuck Edwards. Edwards received 29,411 votes to Cawthorn’s 28,092. Cawthorn was able to win his party’s nomination in 12 of NC11’s 15 counties, however, Edwards was the majority winner in the district’s most populous counties of Buncombe and Henderson, Cawthorn and Edwards’ home county. Edwards also won Transylvania County. With a field of 8 candidates vying for the District 11 seat, the third top vote-getter in the election, Matthew Burril trailed by nearly 20,000 votes.

Chuck Edwards will now head to the November General Election to face off against Democratic Challenger and Buncombe County Commissioner Jasmine Beach-Ferrara who won her party’s nomination with 32,3032 (59.61 percent) votes. Katie Dean was the second-highest vote-getter with 13,927 votes, meaning Beach-Ferrara comfortably won the Democratic nominee.