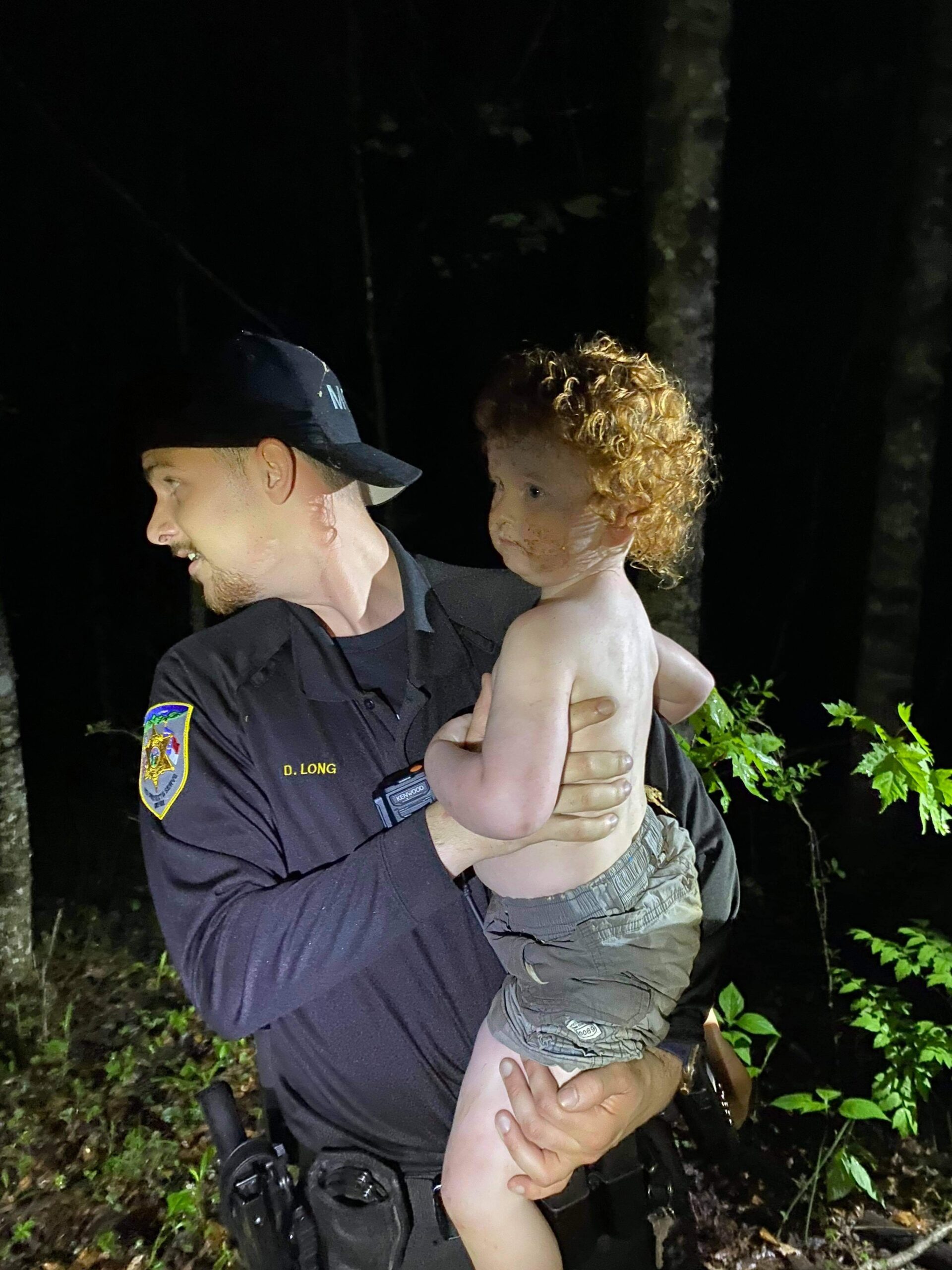 Toddler found safe after wandering away from Burningtown area home

Just after 7 p.m. on Sunday Macon County 911 received a call for help in locating a two, almost three year old who wandered away from his home in the Burningtown area of the county. Local agencies immediately began canvassing the area.

MCSO Deputy Edwin Grant who helped coordinate search efforts requested the additional search of the area utilizing the “Air Scent” canine even though it had already been searched by volunteers. Grant routinely works with the National Exploited & Missing Children’s organization and instructs in various canine trainings for search & rescue dog units.

“This additional search was not because we didn’t have confidence in the efforts of rescuers but instead because we know just how difficult it is to see at night and something as small as a two year old can easily be missed,” said Macon County Sheriff Robert Holland. “Having available and utilizing an important resource like an “Air Scent K9” is crucial when they can pick up a scent without having to see anything to find it. At the point the K9 team arrived and bad weather was moving in, they quickly mobilized support personnel and sent teams into the woods where the toddler first went missing.” 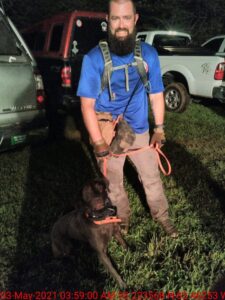 The Spartanburg County Search & Rescue K-9 unit teamed with NC Wildlife Officers and Macon Deputies and was assigned to canvassing the mountainside near the missing toddler’s home.
After hours of searching, just before 4 a.m., one of the teams located the missing toddler after K9 named “Cricket”indicated an alert to her handler. Within moments of that alert, the K9 lead the team to the toddler where he was found sitting in an area several hundred feet up the mountain above the parent’s residence where they recently moved.
The child remained quiet as the team carried him down the mountain where volunteers and EMS personnel eagerly awaited his arrival with his parents.  Macon County EMS treated the toddler at the scene and transported him with his mother to local  hospital for further evaluation.
Jackson County Sheriff’s Office & Jackson County Emergency Management assisted by flying drones with night vision over the area.
“This search was a team effort and everyone played an important role serving our community and this family,” said Holland.  “It’s because of the efforts of everyone involved and God’s Mercy & Grace that we had a successful outcome and I’m honored to have been involved with each of them.”