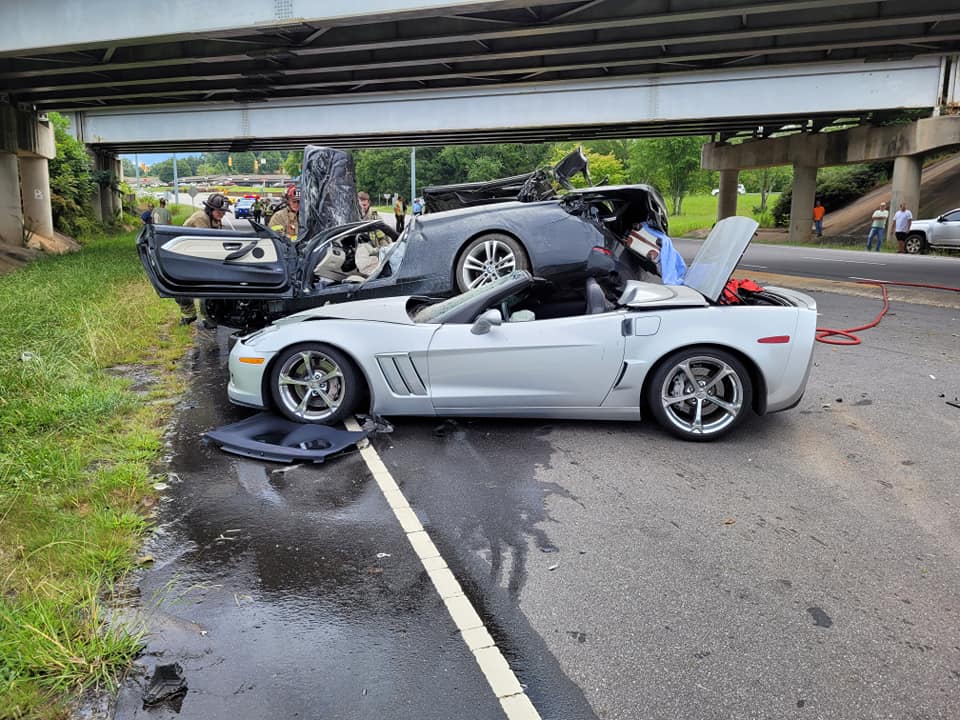 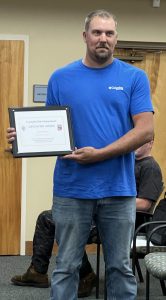 On Friday August 19, 2022, Melissa Maner was traveling south on U.S. Highway 23 bypass in Franklin.  Maner traveled out of the roadway, and into the center grassy median before traveling a short distance in the median toward two over-pass bridges.  Maner went airborne between the two bridges, and landed onto U.S. Highway 64 (Highlands Road) underneath the bridges.  Her vehicle came to rest on top of a Chevrolet Corvette.

Maner’s vehicle immediately caught fire. The driver of the Chevrolet Corvette received only minor scratches in the accident. Seeing the crashed vehicle in flames, North Carolina Department of Transporation worker Alan Cochran and Jeremy Reed of Clayton, Georgia sprung into action and pulled Maner from the fiery vehicle.

Franklin Police Department presented Cochran and Reed each with a Lifesaving Award and a FPD challenge coin for their heroic efforts that day. 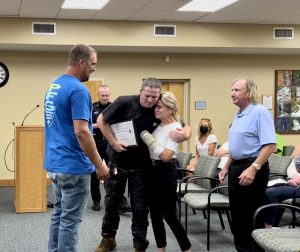 For the first time since the accident, Cochran, Reed, and Maner were reunited after the presentation of the awards. Maner, who continues to recover from the burns sustained in the accident, was joined by family members in graciously thanking Cochran and Reed, as well as the other first responders who are credited with saving her life.