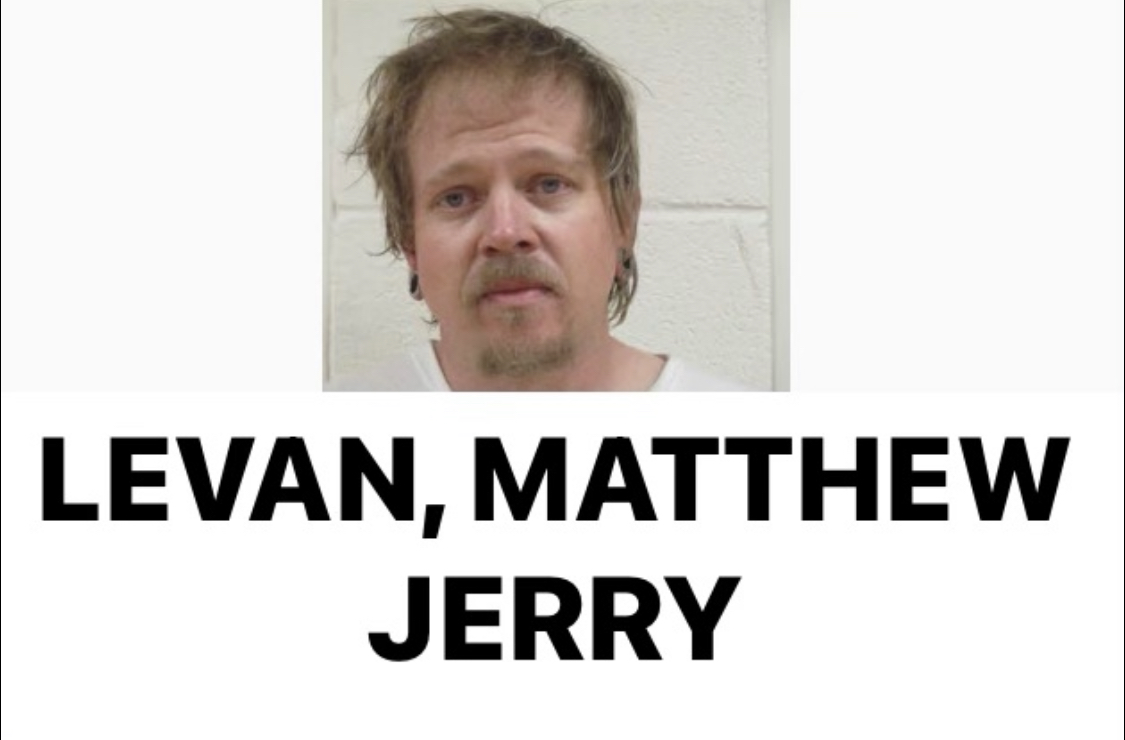 On September 21, 2021 the Macon County Sheriff’s Office conducted a routine traffic stop that lead to the arrest of a Macon County man and the seizure of trafficking levels of narcotics known as fentanyl.

The traffic stop was initiated after deputies observed multiple motor vehicle equipment violations.  Familiar with the occupant of the vehicle and as part of an ongoing narcotic investigation, officers with the Macon County Sheriff’s Patrol Unit, Narcotics Unit, Canine Unit and Jackson County Sheriff’s Office all assisted during the traffic stop. The driver of the vehicle was identified as Matthew Jerry Levan of Franklin who is known to local law enforcement.

During the traffic stop, a search of the vehicle and it’s occupants was conducted and a trafficking level of Fentanyl was recovered along with methamphetamine and drug paraphernalia.  A concealed firearm was also recovered during the search. After conferring with our District Attorney’s Office, Matthew Jerry Levan was arrested and charged with Trafficking, opium or heroin by possession, Trafficking opium or heroin by transportation, possession of methamphetamine and carrying a concealed weapon. After further investigation and communication with the District Attorney’s Office a search warrant was obtained and executed on the residence of Matthew Jerry Levan.  Participating in the execution of the search warrant was members of the Macon County Sheriff’s Office Patrol, Investigations, Narcotic and K9 Units as well as a member of the Jackson County Sheriff’s Office. During the search of the residence, detectives seized several items pertinent to the case including U.S. currency and additional drug paraphernalia.

As of this Press Release, Matthew Jerry Levan remains in the Macon County Detention Center under an $800,000 secured bond.

While an arrest has been made, this case remains an ongoing criminal investigation.