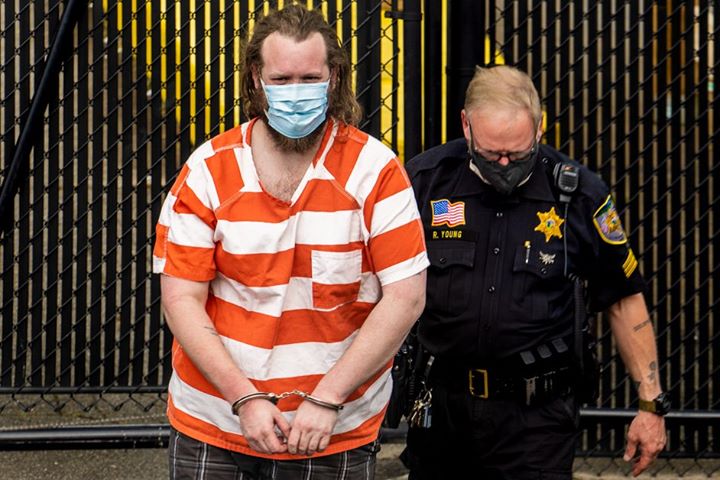 Macon County Sheriff’s Office was contacted around May 7 regarding a complaint against Trappalachia Founder, Davin Eldridge and an attempted Breaking and Entering. At the request of Franklin Police Department, because the incident occurred within town limits and at the request of the victim, Macon County Sheriff’s Department launched an investigation.

“This investigation was conducted by the MCSO at the specific request of both the alleged victim and the Franklin Police Department due to the Chief’s concerns about possible conflict of interest pertaining to the Franklin Police Department and Mr. Eldridge,” said Sheriff Robert Holland. “I assigned an experienced detective, who to my knowledge has had no issues with Davin Eldridge in the past, and who I felt could give both the victim in this case, as well as Mr. Eldridge, a fair, professional and thorough investigation into the facts surrounding the allegations.”

The victim in the case notified law enforcement and an investigation was opened.

“There were search warrants approved which allowed us to obtain cell phone records as well as social media,” said Sheriff Robert Holland. “The last thing I wanted to do is have to deal with Davin Eldridge in any form or fashion but we have an obligation to conduct ourselves as professionals when victims of crimes make allegations no matter who our victims or suspects may be. At this time, I am unable to provide additional details surrounding these charges.”

On June 11, Trappalachia posted a screenshot of an email from Facebook regarding legal process from law enforcement seeking information about the Facebook account, which was directly related to the breaking and entering incident and was approved via a search warrant. Per Facebook policy, Eldridge was given 10 days to respond to the request – which added to the length between the investigation being launched and Eldridge’s arrest.

“Identifying phone numbers and social media profiles that we have obtained through these search warrants take a great deal of time & effort and so the process can be slow,” Holland said. “We do not want to rush into anything especially when you are talking about an individual who has created so much controversy between him and law enforcement. We do not want to appear to be vindictive because the truth is, we are above such activity. This investigation is for a minor offense and no one is out anything, but the victim deserved to have the incident investigated and we followed the law and the facts collected. Ultimately it will be in the hands of our justice system and whatever happens at the conclusion, justice was served.”

In addition to the warrants for Eldridge’s Facebook, several interviews were conducted by Detective Tony Corbin, including an interview with Eric Giles, who allegedly provided transportation for Eldridge to and from the residence on May 1. Giles is named on the arrest warrant as a witness, however Sheriff Robert Holland said that it is unlikely he will be used further in the investigation.

Eldridge was taken before Judge Bill Coward on Friday and a $10,000 secured bond was issued. Eldridge remains in custody at the Macon County Detention Center with a court appearance scheduled for July 21, 2020.