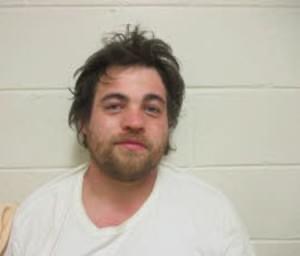 A Macon County Sheriff’s Office deputy stopped a vehicle for erratic driving. Two syringes were in plain view in the vehicle, and a search uncovered a plastic baggie with methamphetamine in Floyd’s possession.

Senior Resident Superior Court Judge Bill Coward sentenced Floyd to serve a minimum of 70 months in prison up to a maximum of 93 months. He also ordered Floyd to pay a state-mandated $50,000 fine.

Derek Camp, 32, of Franklin, pleaded guilty to two counts of trafficking opium/heroin fentanyl, a synthetic opioid that is 50 to 100 times stronger than morphine, in connection with his arrest on Sept. 1, 2021, at a service station on Dowdle Mountain Road, and Feb. 3, 2022, at a local Franklin hotel.

On Sept. 1, 2021, a Franklin Police officer observed Camp participate in a drug deal. After seeing suspected drug paraphernalia in plain view in the defendant’s vehicle, a search revealed fentanyl and methamphetamine, as well as drug paraphernalia.

The defendant was arrested in a separate incident for trafficking in fentanyl, on Feb. 3, 2022, as the result of an investigation by law enforcement and probation officers who were supervising the defendant’s girlfriend.

Judge Coward sentenced Camp to serve a combined sentence of a minimum of 160 months in prison up to a maximum sentence of 213 months, plus levied the state mandated $150,000 fine.

The successful prosecutions are part of a targeted effort across the 43rd Prosecutorial District to take dealers off the streets, Welch said. Her district is made up of the state’s seven westernmost counties.