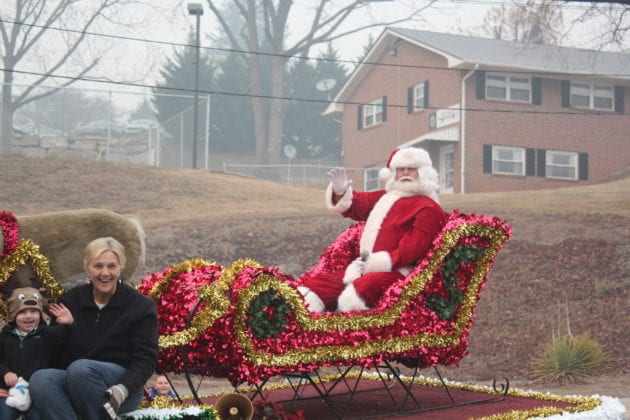 Update on the annual Christmas Parade in Franklin

The Chamber of Commerce has hosted the annual Christmas Parade the Sunday after Thanksgiving for over two decades. This year, due to new costs associated with the event, a decrease in revenues, and a shortage of volunteers, the Chamber of Commerce Board of Directors voted to not hold the parade and to ask the town of Franklin or the Streets of Franklin Heritage Association to take over the event.

The Town of Franklin declined saying:

“By the time the Town of Franklin was informed of the Chamber of Commerce’s decision to not hold the Annual Christmas Parade. The Town was already a few weeks into our new budget, which we hadn’t planned for in the budget. So with that, we were not able to take on the additional expense of the parade. Also with all the event planning and holding two nights of Winter Wonderland the added task of taking on the parade is just too much for our staff at this time.”

The Streets of Franklin Heritage Association originally thought they were going to be able to take over the event, however, after a closer look at the cost involved, they too declined saying:

“Through series of events and conversations in the last couple of days your streets board did an emergency meeting last night and we have decided at this time that we will not be able to do the Christmas parade. Through much prayer and the deliberation and conversation, we decided that with the cost of liability insurance, officer overtime, advertisement, and other unforeseen expenses that we could not do this. This is not to blame anyone for money that will need to be spent, We understand the police department budget with overtime, We understand liability is involved but We also understand that it takes a lot of people to undertake this task.”

This year due to policy changes within the town of Franklin, the cost associated with members of the police department to assist in the parade would be billed to the organization hosting the parade, an expense the Chamber of Streets of Franklin had not anticipated previously.

After both the town of Franklin and the Streets of Franklin Heritage Association declined to take over the parade, the Chamber of Commerce decided to reconsider their earlier vote not to hold the parade. The Chamber met with incoming Franklin Mayor Jack Horton last week and plan to hold a meeting of the Chamber Board of Directors next week for a final vote on the matter — at which point a final decision will be made.