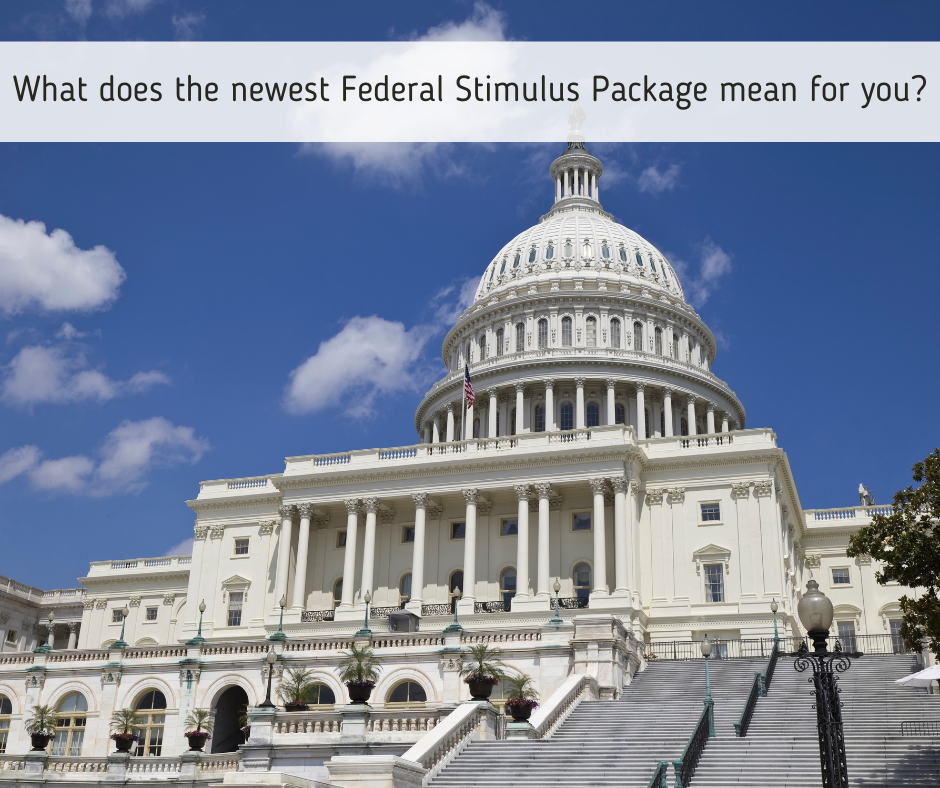 What does the American Rescue Plan mean for you?

Over the weekend, the United States Senate passed the American Rescue Plan — President Joe Biden’s $1.9 trillion COVID relief bill. The final hurdle for the legislation before it becomes law will be a final House vote — to address changes in the legislation made in the Senate before the Senate voted to approve the aid package along party lines.

With a vote in the United States House of Representatives scheduled for Tuesday, Americans could begin to see the $1,400 stimulus payment in their bank accounts by the beginning of next week.

After President Biden signs the bill, which is expected to pass the final House vote along party lines, the Internal Revenue Services is expected to begin issuing the direct stimulus payments, which will be the third round of COVID19 relief payments from the federal government in the last year.

Similar to previous stimulus payments, the direct payments will not go all out at once. Those whose bank information is on file with the IRS would likely get the money first because it would be directly deposited into their accounts. Others may receive paper checks or prepaid debit cards in the mail.

For the third round of stimulus payments, individuals earning less than $75,000 and couples earning less than $150,000 will receive the full $1,400 payment, plus an additional $1,400 per dependent. However, this round of checks will phase out faster than earlier payments — completely cutting off individuals who earn more than $80,000 a year and married couples earning more than $160,000, regardless of how many children they have.

One significant change in the most recent COVID aid package is the addition of a child tax credit. The relief bill includes a temporary enhancement to the child tax credit and federal premium subsidies for Affordable Care Act plans, as well as for COBRA policies for laid-off workers who want to keep their employer health insurance coverage.

Because both The House and Senate version of the aid bills calls for increasing the child tax credit from $2,000 to $3,600 for each child younger than 6 and to $3,000 for each child between 6 and 17 in 2021, it is likely to be included in the final version of the bill that will be signed into law — however, it will take a few months to implement and will not be as quick as the direct stimulus payments.

The relief bill also calls for the child tax credit to become fully refundable for the year and may be paid out monthly, rather than as a lump sum at tax time, however, it can be paid out as tax time if individuals elect to do so. According to the bill families could receive half their total credit as a periodic payment starting in July and running through the rest of the year. They would then claim the remaining half on their 2021 tax returns.

Another substantial change in the COVID relief package comes to the Affordable Care Act, which is currently open for a special enrollment period through May 15. Enrollees would pay no more than 8.5% of their income towards coverage, down from nearly 10% now. Also, those earning more than the current cap of 400% of the federal poverty level — about $51,000 for an individual and $104,800 for a family of four in 2021 — would become eligible for help. The provision, which is retroactive to January, would last for two years.

As the program becomes more affordable for those on the line of receiving help — the relief package also provides greater assistance for low-income Americans. Lower-income enrollees could have their premiums eliminated completely for the same period, and those collecting unemployment benefits could sign up for coverage with no premiums in 2021