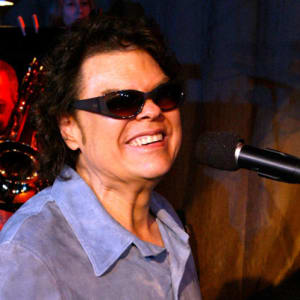 WNC highway to be dedicated to Ronnie Milsap

By Brittney Lofthouse on December 9, 2020

Smoky Mountain rain may soon fall on a western North Carolina highway with a new name.

The N.C. Department of Transportation board recently adopted a resolution to dedicate a section of U.S. 129 in Graham County in honor of six-time Grammy winner and Country Music Hall of Fame member Ronnie Milsap.
Signs designating this section from Yellow Creek Road to the Cheoah River, will be placed and a ceremony will be held at an appropriate time to honor the 77-year-old Milsap, who grew up in Robbinsville and recorded 40 No. 1 hits including “Smoky Mountain Rain.”
“I am truly humbled by the honor of having a road named for me in my hometown of Robbinsville, N.C.” Milsap wrote to the Graham County Board of Commissioners. “It was there that I learned at a young age to be a proud son of Graham County and the State of North Carolina.”
Milsap, who worked with the likes of Elvis Presley and Dolly Parton early in his career, spanned generations with his wide-ranging appeal and influenced the likes of modern country entertainers Jason Aldean, Luke Bryan, and Little Big Town.
Milsap was born blind and raised by his grandparents in Graham County. He discovered music and his aptitudes while attending the North Carolina State School for the Blind. He later recorded dozens of No. 1 hits across various charts to become one of the most popular artists in the late 1970s and early ’80s. He won six Grammys, Country Music Association Entertainer of the Year in 1977 and four Album of the Year awards. The video for his song, “She Loves My Car,” became the first country video played on MTV.
The Graham County Board of Commissioners unanimously passed a resolution on Sept. 17, 2019 to rename the section as part of the NCDOT application process. Parts of it read, “Milsap has made a significant contribution to the national music industry,” and Milsap, “is widely known by residents and visitors of Graham County as a national music entertainer,” and that he, “embodies the values and heritage that make Graham County strong in its cultural heritage.”
The Graham Revitalization Economic Action Team, Graham County Travel and Tourism Authority, and Graham County Historical Association all submitted letters of support to the NCDOT Board of Transportation for this dedication.
“No matter how many miles and years since I left there, I will always remember the lessons I learned at Meadow Branch Primitive Baptist Church or going down to Faset Jenkins Store, where as a boy, almost all of my clothes were purchased,” Milsap wrote. “Every time I sing or hear one of my earlier recordings of a song called, “Streets of Gold,” it takes me back home to western North Carolina: ‘“I’m a Western North Carolinian, made of stone and red clay soil.’”